Defeating standard opponents on the platform 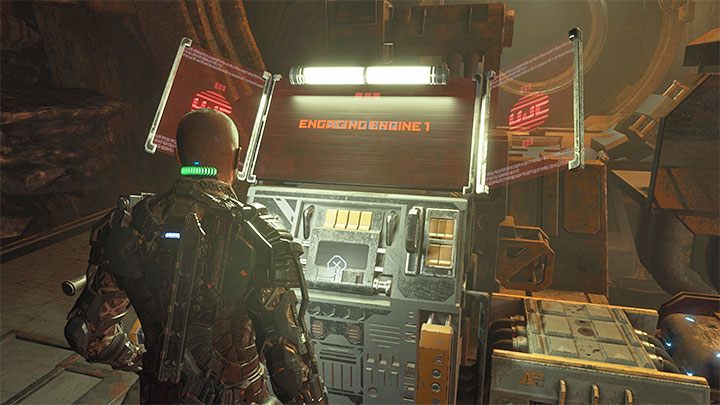 In the stage Below, you will find a Transport Platform, but you can use it only after restoring the power supply. The engine start panel will then become active. 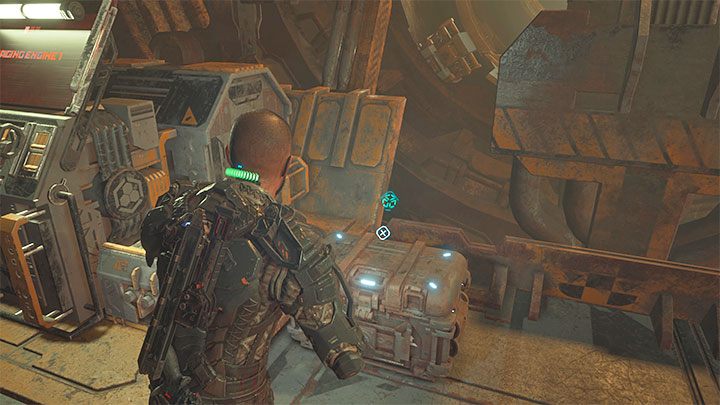 Before you start the platform, collect the loot from the chests - you will find a few of them on the platform. Make sure you have at least 1 GRP battery and plenty of ammunition for the most powerful weapons.

The boss will not appear on the platform right away. You have to defeat several waves of lesser monsters first. They can also be dangerous, because there will be "elite" monsters with tentacles among them. 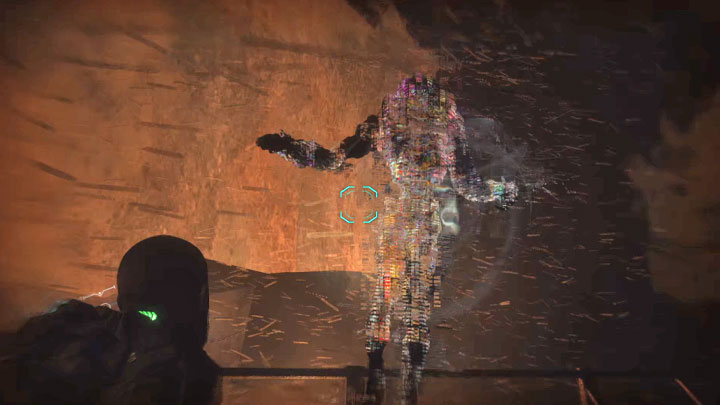 The best method is to quickly grab monsters and throw them off the platform. The beasts will die immediately and you will avoid risking your health. 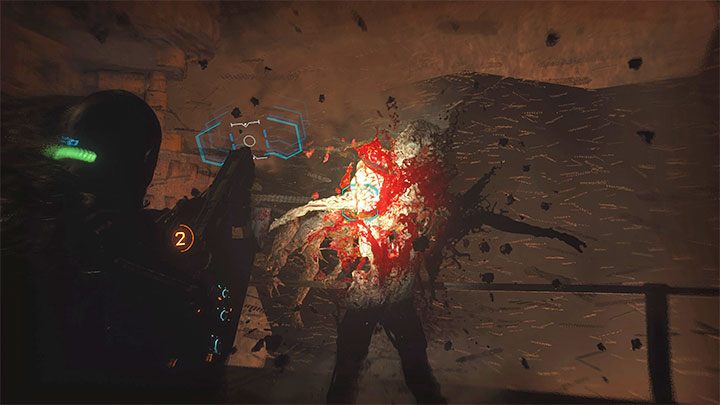 Use the glove until all your energy reserves are exhausted. Switch to using firearms then. You must deal with them quickly to avoid being surrounded and to kill them before more appear. 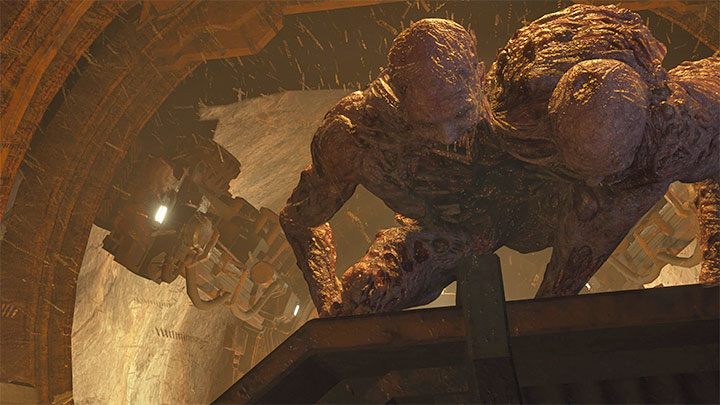 The game will show a short cut-scene depicting the Two-head boss - you have to fight it. 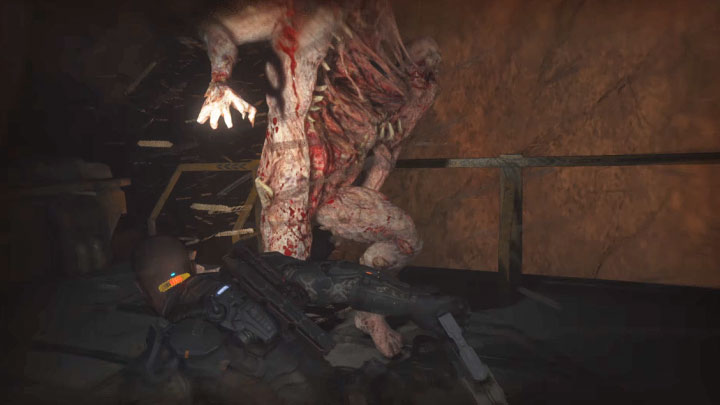 The most important thing is to dodge Two-head's melee attacks flawlessly - you need to have the stick tilted to the left or right. Jacob can die instantly if he gets caught. 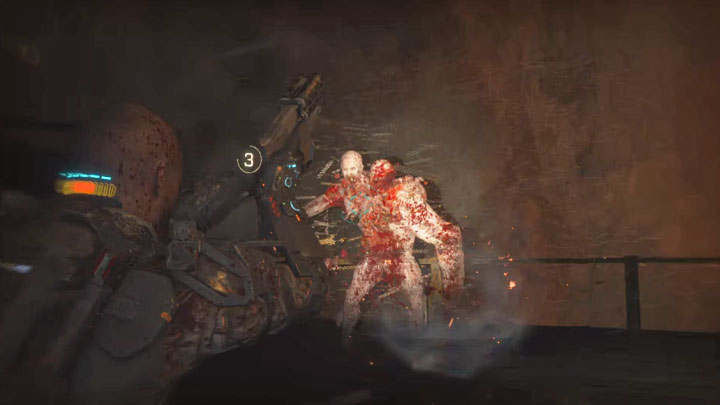 Use the most powerful firearm to attack the boss. It will probably be one of the shotguns you have. After depleting the magazine, perform another dodge and then start running away from Two-head and reload the weapon in peace. 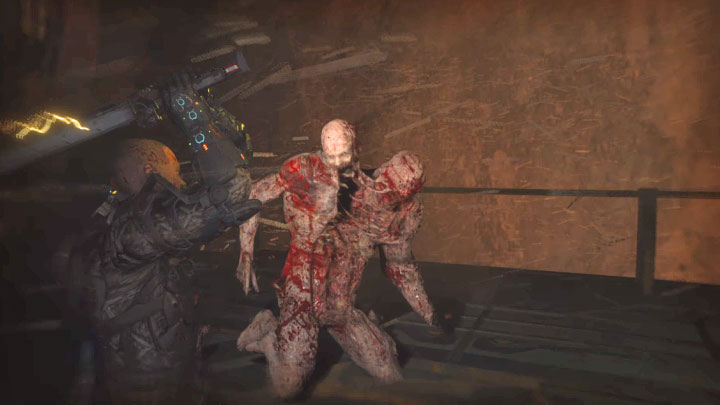 The stunned boss will kneel on the platform. You have to use this chance quickly - run up to it and use melee attacks. This should cause the boss to detach one of the heads.

If Two-head didn't rip off one of the heads, you need to weaken it again and attack with a melee weapon. 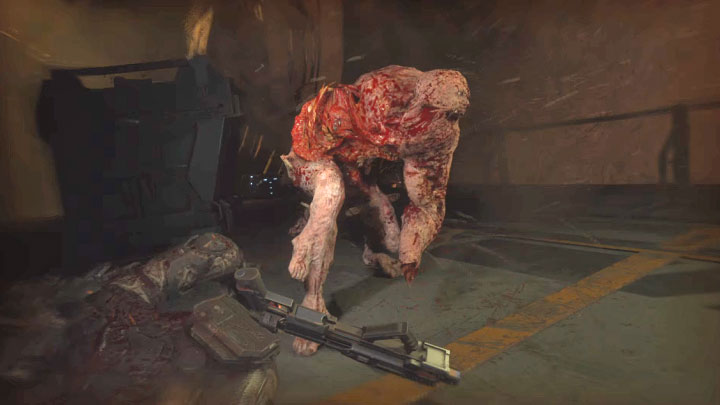 The tactic for fighting the boss with 1 head is the same - dodge and use the best weapon. 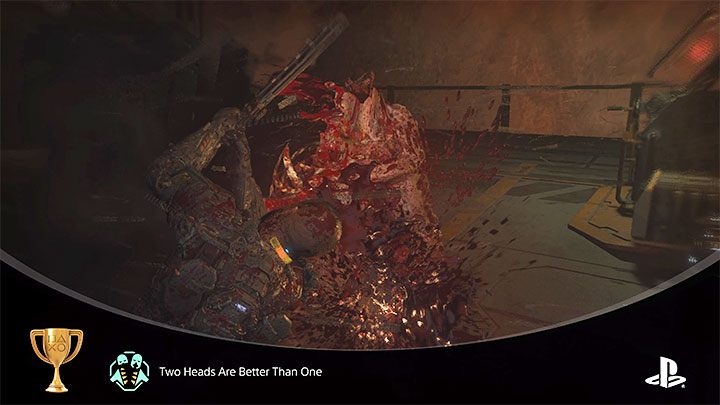 You have to stun the boss a second time. After it kneels on the platform, finish it off with a melee weapon.

The additional reward for defeating Two-head is the gold trophy Two Heads Are Better Than One.