This page contains the description of the seventeenth chapter in The Banner Saga 3 - Raising High Their Shining Light. This is the first chapter where you follow Iver, Juno and Eyvind. This party, accompanied by the Ravens, is moving towards Strand.

The journey to Strand 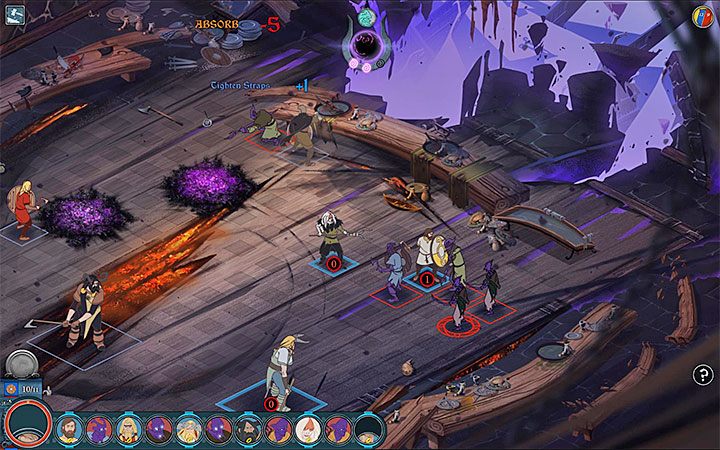 This chapter opens with a conversation between all the main characters - Iver, Juno and Eyvind. The choice regarding the mind of Folka won't affect the future events.

In Strand, the game plays a cut-scene from the inspection of the destroyed main hall. Here, your party with have their first fight with the Warped. In this battle you have to use Alfrun, Eirik and Valgard. You can choose the other three heroes. When the battle starts Alfrun, Eirik and Valgard will be placed in the middle of the map. They are close to each other and you can't choose their positions. The other party members can choose their starting spots. The best way is to place all of them either on the left or on the right, depending on which group of monsters you want to attack first.

The bigger Warped are your biggest threat here. They are much more resistant and one of their attacks can steal Willpower points. You also need to know that every defeated Warped leaves their ashes - touching them costs you 1 Willpower point. Remember about that and avoid walking on fields where one of the Warped has died. The fire hole in the middle of the map is also dangerous - touching it costs you 1 Strength point. Try to walk around it either from the north or the south.

During this battle and every other fight that involves Iver, Juno and Eyvind you can use Valka Spear which casts Arc Lightning. You can charge the Spear by killing opponents. The maximum number of charges is 3. Use it to attack foes who stand next to each other.

After that the game will play a conversation between all the main characters. By joining Alfrun automatically to your party you receive Which Witch achievement (Eirik and Valgard will also join you).

The main battle of this chapter 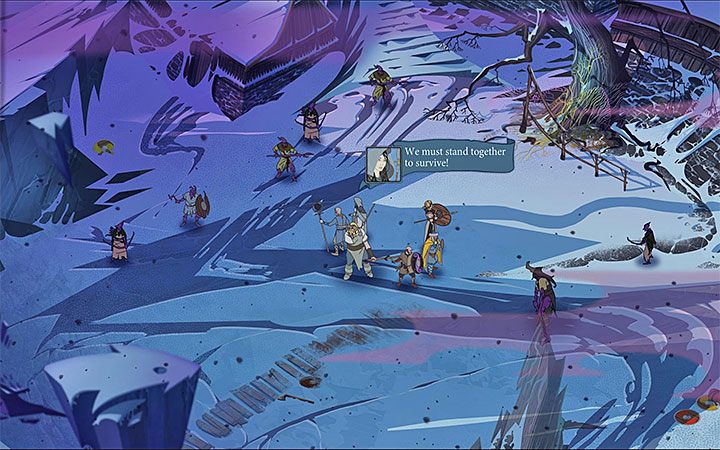 Shortly after leaving Strand you can watch a cut-scene during which Folka frees her mind. Your decision won't affect this chapter. All of the variants lead to a larger battle.

The final battle of this chapter has a few unique features: 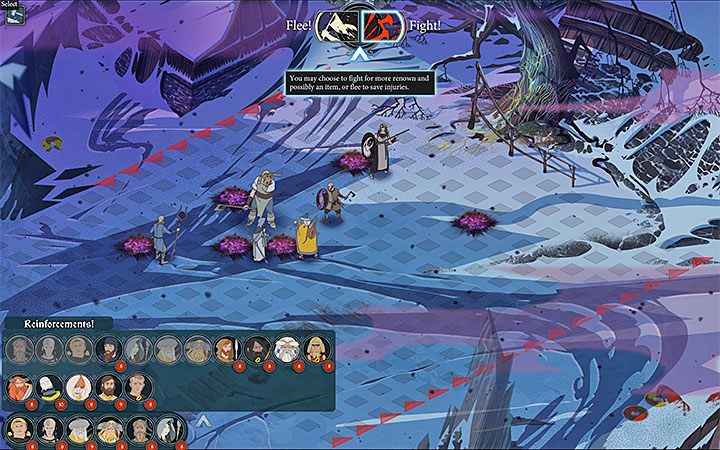 After that you have to speak with Folka. This conversation is linear. It gets interrupted when the characters notice Bolverk. The chapter ends here.