In this chapter of our game guide to Marvel's Avengers you can find out all information about factions available in the game. We explain how to increase the faction rank and what rewards can be obtained for unlocking higher ranks of particular factions.

The factions are various organizations that bring together people, superheroes and Inhumans to fight against AIM. There are two main factions in Marvel's Avengers - SHIELD and The Inhuman Alliance. Each of them gives different missions and provides attractive rewards. You can unlock new ranks in case of each faction. Faction rank increases as you gain experience points for a particular organization.

SHIELD faction - where is the faction's representative?

SHIELD is an organization that is well-known to all Marvel fans. The main coordinator of this faction is Alisande Morales, who can be found aboard the Chimera in a small room above the main deck. 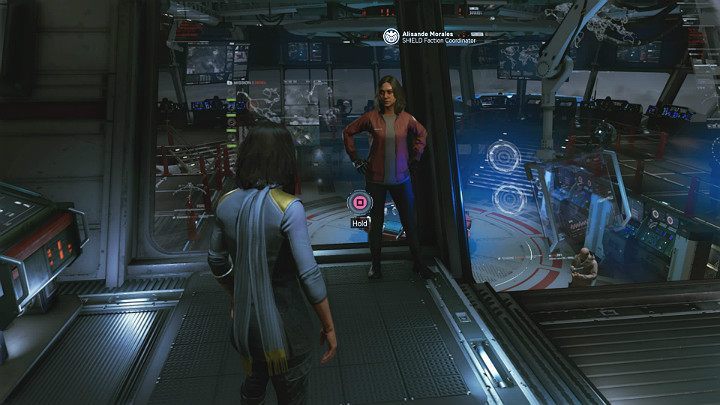 Inhuman Alliance Faction - where is the faction's representative?

The Inhuman Alliance is an organization led by Hank Pym (Ant-Man). The main coordinator of this faction is Sarah Garza, who can be found in The Ant Hill, that is, the main underground hideout of the Resistance in the Utah Badlands. 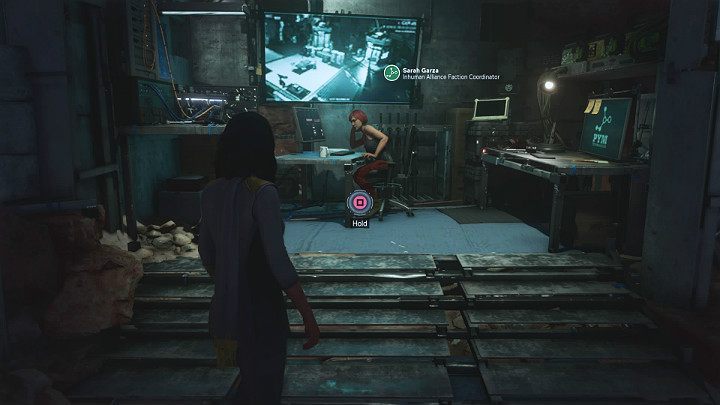 Faction ranks - how to increase them?

In Marvel's Avengers, you can gain further ranks of a specific faction to unlock access to increasingly powerful items that you can purchase from faction dealers for a certain amount of resources. 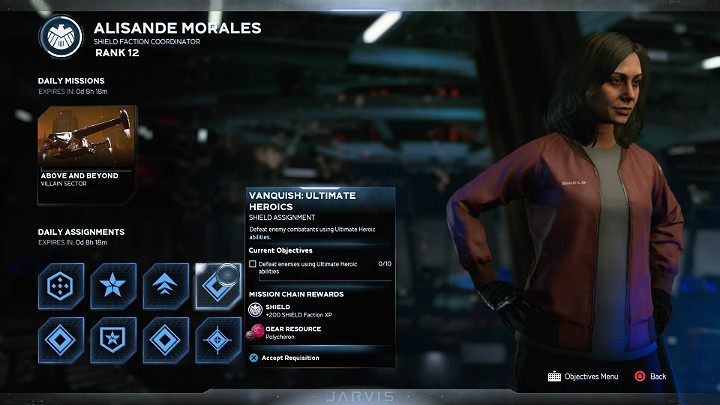 A representative of each faction in Marvel's Avengers can offer the player 8 daily quests and one longer mission that ends with a battle against a particular boss. Daily missions associated with factions are available for free and reset at 19:00 CET. 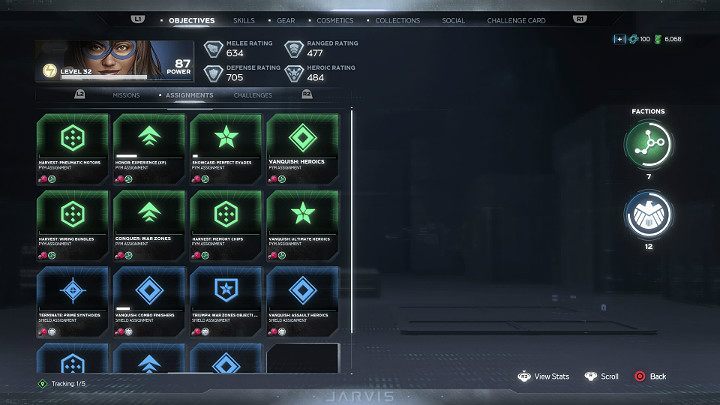 You can check your progress of daily missions in the character menu by opening the Objectives tab and then the Challenges category. On the right side you can also find information about the current rank you have achieved for a particular faction.

Among the rewards for unlocking the next ranks of a particular faction you may find such items like large numbers of units, fragments, and upgrade modules. The rewards of the Inhuman Alliance faction can be collected by visiting Maddy Cho (main vendor) in The Ant Hill. To get the rewards associated with the SHIELD faction, you'll have to travel to the Chimera and talk to Sidney Levine (main vendor). You'll find Sidney on the lower level of the hangar. 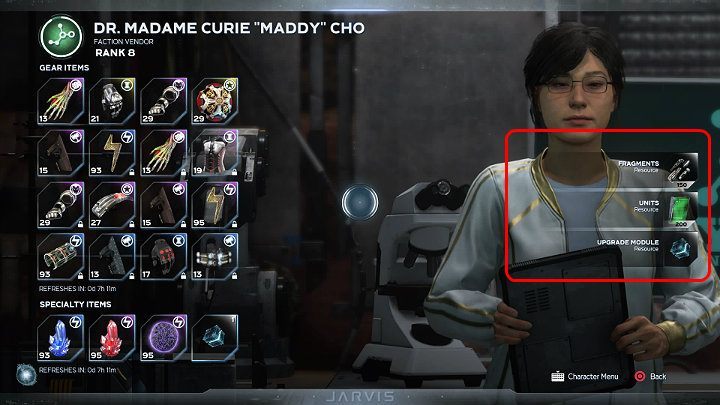