On this page of our game guide to Marvel's Avengers, you can find a detailed description of the tenth campaign mission. During this mission you will have an opportunity to explore another part of the Eastern seaboard region as well as test yourself again in the battle against AIM as Iron Man - this time without your companions.

While performing the Alone against AIM mission, you will also have an opportunity to complete optional side objectives for which you can get additional resources and equipment. When the Tactical Awarness gets activated, all secondary objectives will be marked with a question mark on the HUD. We briefly explain the types and objectives of side missions, as well as what can be obtained from them. Also, we have described in detail the main objective of the mission.

Here are all the stages of the mission:

AIM conducts dangerous experiments in Manhattan by using Tony Stark's arc reactor technology. In order to restart Chimera's engines, Tony must force his way into the enemy laboratory and obtain the necessary components. 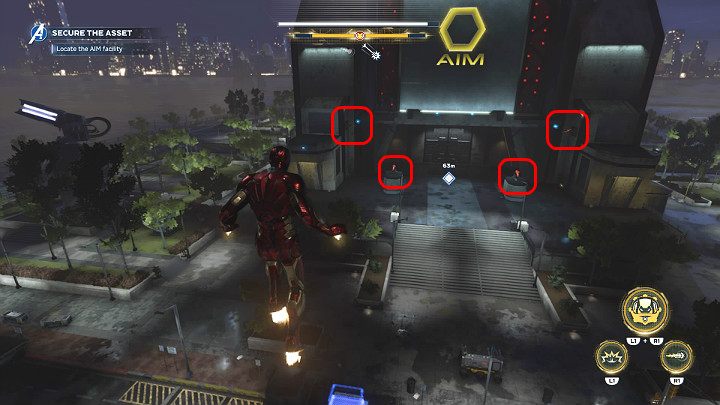 Once you get to the main point you have to stand in the marked spot (on the plate) and secure that area. However, before you get there it is worth destroying all turrets from a safe distance, for example, by using rockets or lasers. 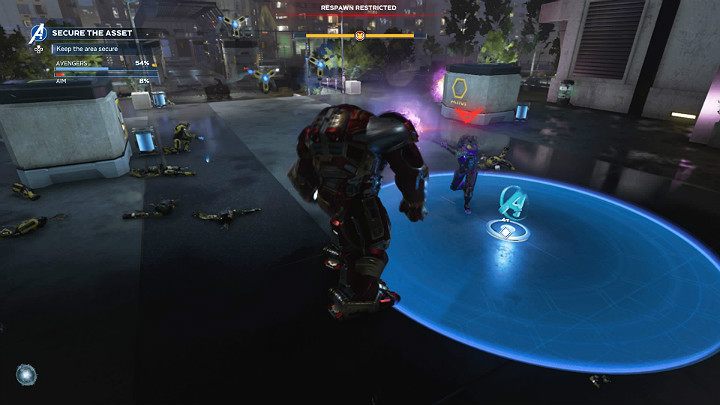 You should stand in the designated spot to let Jarvis deactivate the security systems and open the gate to the lab facility. This task will be hindered by the incoming AIM troops. Defend yourself and protect Jarvis. To help yourself a little bit in the battle you can use the heroic abilities. Once the blue progress bar reaches 100% and you have eliminated all targets, you will complete this phase of the mission. 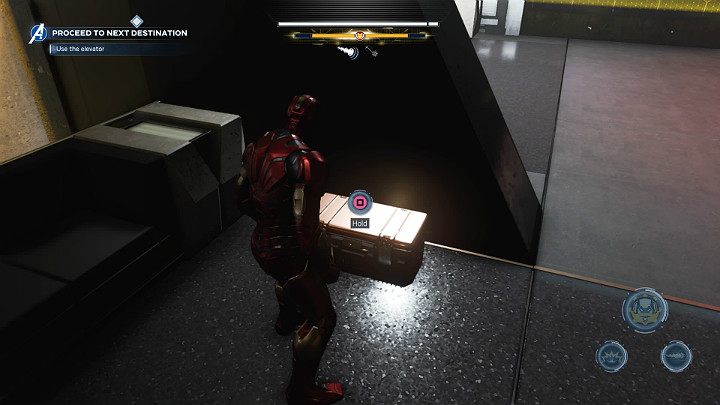 Enter the building and note that behind a low sofa on the left there is a hidden chest. Use the elevator to get to your next mission objective.

Now you have to make your way through more AIM units in order to get to the reactor control room, which is at the end of the corridor. 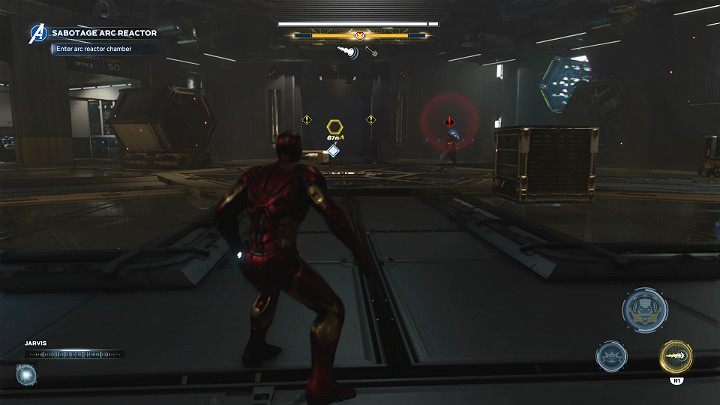 In this room, you'll have to face stronger opponents called the Pacification Bots. Apart from the fact that the robots have a protective shield, they can counter your attacks. To break through the enemy's defenses, simply use reinforced attacks or jump behind their backs and attack them from behind. After the battle is over, walk down the corridor on the left. 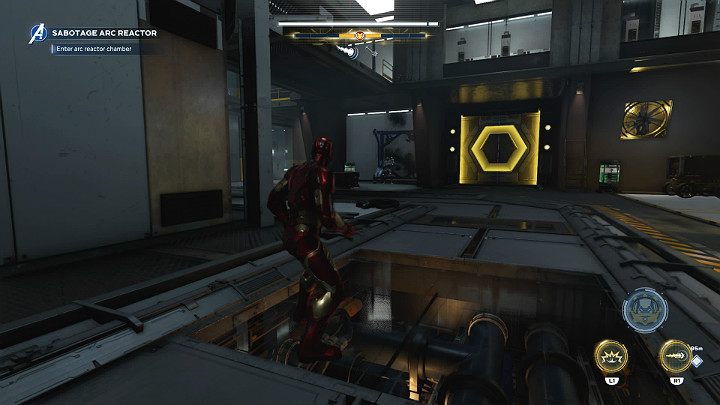 You'll reach a locked door leading to a hidden chest. To open the door you will need to locate 4 buttons and activate them. First of all, defeat all enemies so that you can safely get inside. 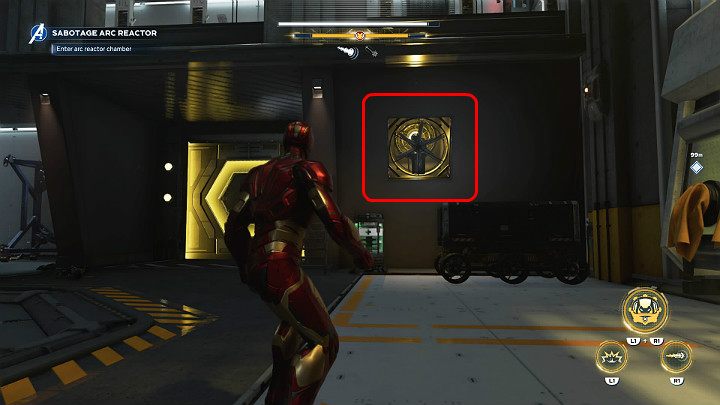 After the battle is over, look at the wall on the right, aim at the vent, charge the pulse rockets to the maximum power and shoot at the marked spot to smash the grates and press the button. 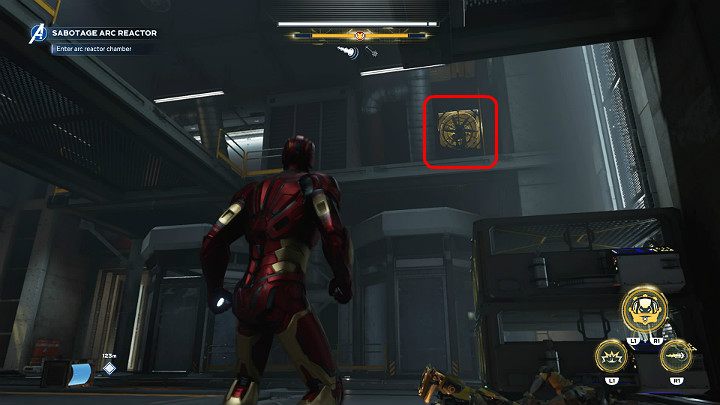 The second button can be found behind the grate of ventilation shaft, which is located slightly higher, on the opposite wall. Shoot at the next button. 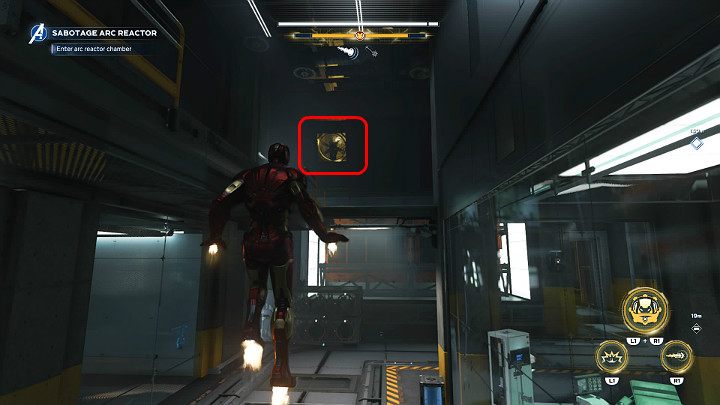 The third button is located exactly on the other side of the room. It's also under the ceiling, as in the case of the second button. 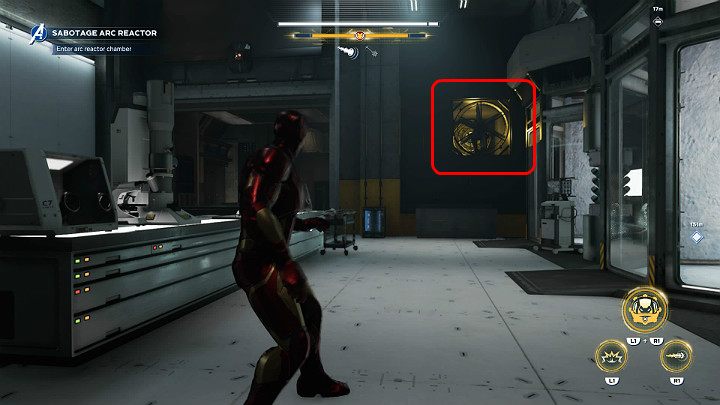 After you activate the third button, go to the right and enter the recess that's opposite this spot. A ventilation grate with a button is located on the wall on the left. 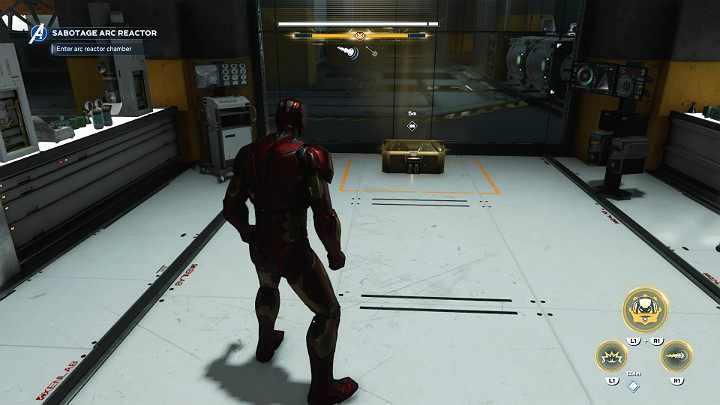 In a locked room, you'll find a golden chest. In it, you'll find resources and a rare item of higher quality.

Activated buttons will automatically deactivate after some time. Thus, you may have to press them again if it takes too long to activate them all during the first time. 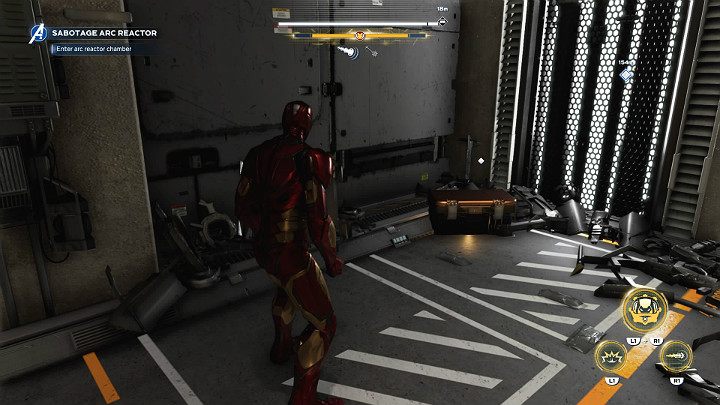 Then go towards the 4th switch and continue walking straight through the corridor. You'll find containers with resources in a locked room and behind them there is a hidden chest with equipment. 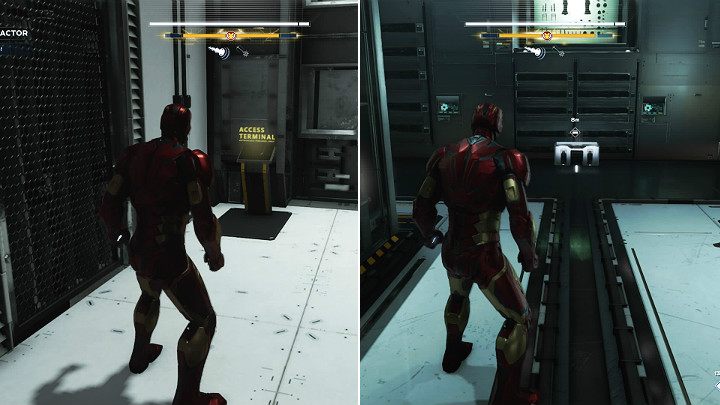 On your way back, fly to the upper level of this room and approach the control panel. After using it, Tony will open the door that lead to two more chests. The better, Silver one, is located in the center and the Bronze one is located in the left part of this area. There are also some resources in the room that can be collected. Now you can go to the main objective marker. 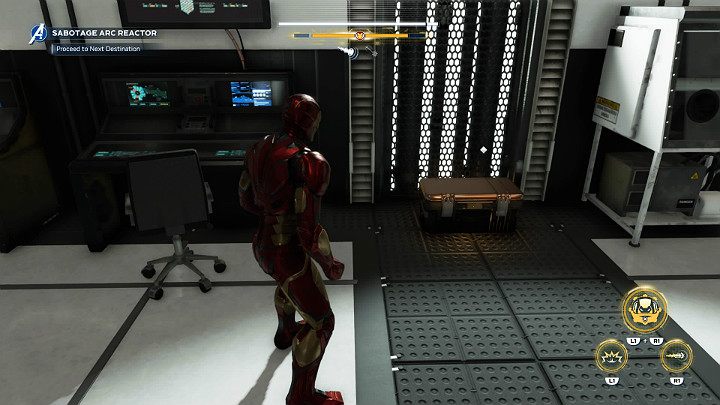 When you get to the crossroads, walk through the one side of the corridor and then use the other side. On both sides, you'll find chests with resources in the glass-protected offices. Go to the lab. 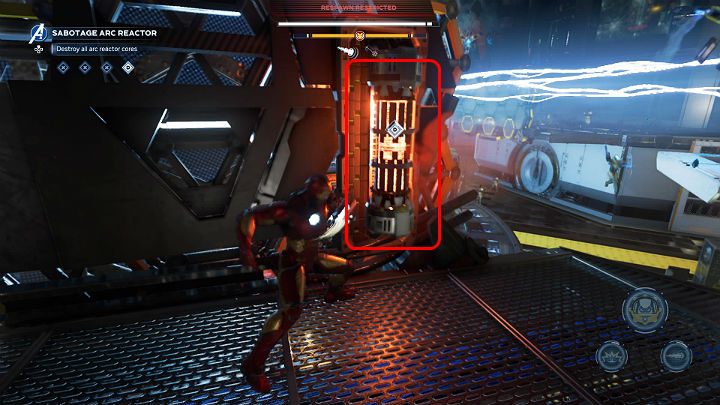 After entering the laboratory, you will have to focus on destroying all four cores of the arc reactor to prevent the destruction of the city. Each of them has two cells, so you have to destroy both of them in order to get rid of every core. AIM soldiers will disturb you in performing this task. There will be one stronger opponent in the exoskeleton among them.

There's no need to fight against all enemies. As soon as the cores get destroyed, the remaining enemies will disappear. You will automatically proceed to the next mission of the main campaign The Dogs of War.