This page of our game guide to Marvel's Avengers contains a description of the boss fight with Abomination, one of the bosses. You will learn when you confront Abomination, what attacks the boss has and how to avoid them. Also, we explain how to defeat it effectively and quickly.

In the final stage of To find Olympia mission, you will have to confront a boss called Abomination. During this duel, you will have to correctly use the Hulk's Rage ability to reduce the damage received, correctly avoid enemy punches, perform counter-attacks and efficiently use ranged attacks to defeat the opponent more quickly.

Abomination - first phase of the fight

In the first phase of the duel, focus on performing dodges at the right time and counter the incoming strikes of Abomination. When you notice an imminent attack, use your Rage to soften the incoming blow a little. 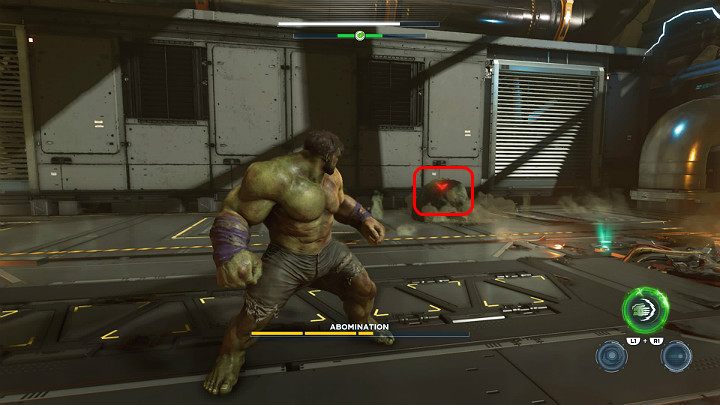 When a red icon appears above the head of the Abomination, it means that it's going to perform an attack from behind the head or prepares to charge at the opponent. Be prepared for this and dodge the attack or jump away at the right time. The opponent can also perform the same ranged attack as Hulk. Thus, if you keep your distance the enemy will definitely start throwing boulders at you. 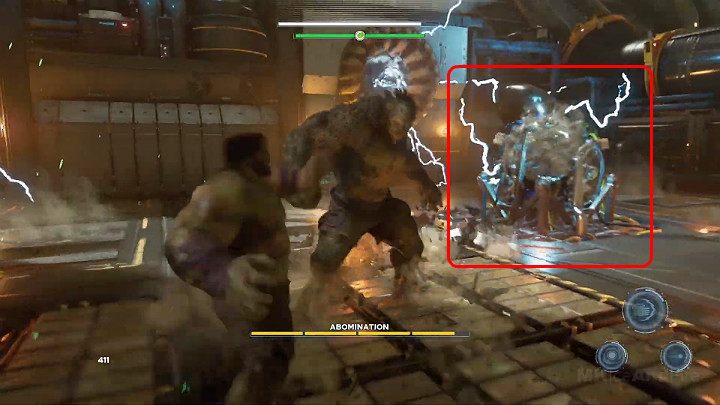 Also, focus on destroying electrical devices when Abomination stands near them. Use a ranged attack, throw a boulder at the device, and the enemy will receive some damage. This will also confuse the Abomination and paralyze it for a while, giving you an opportunity to attack it for a short time.

Be careful, because exploding generators have a really large area of effect so you may not only get injured, but also become paralyzed and exposed to an attack. Make sure you're not standing in the red circle at the time of the explosion. 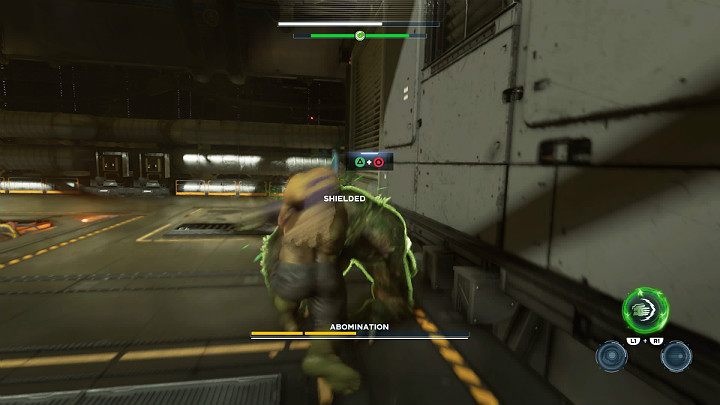 When a combination of buttons to perform a finishing move will appear above the head of the Abomination, then it's a sign that you are about to move on to the next phase of this boss fight.

Abomination - second phase of the fight

In the second phase of the boss fight, the Abomination will have new abilities that may impede your attacks. 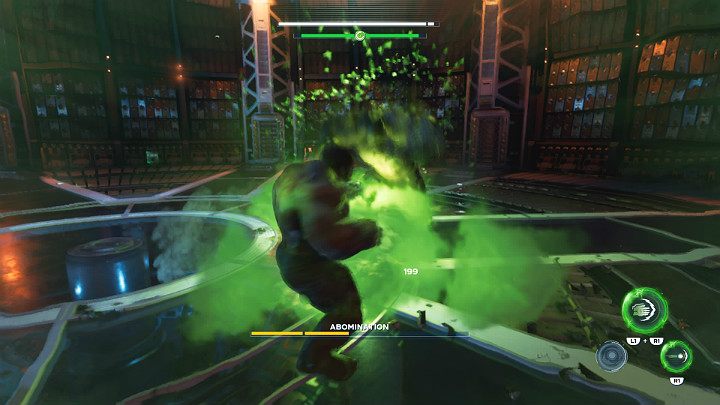 The first new skill of Abomination is poison gas. Abomination creates clouds of poisonous gas on the ground that inflict damage over time. When your opponent uses this ability, simply don't stay near the poisonous cloud for longer time than necessary. Over time the toxic cloud will disperse itself.

If you want to fight while staying in the contaminated zone, it is a good idea to simply turn on the Hulk's Rage - this will regenerate some health. Also, you will be able to constantly damage your opponent. 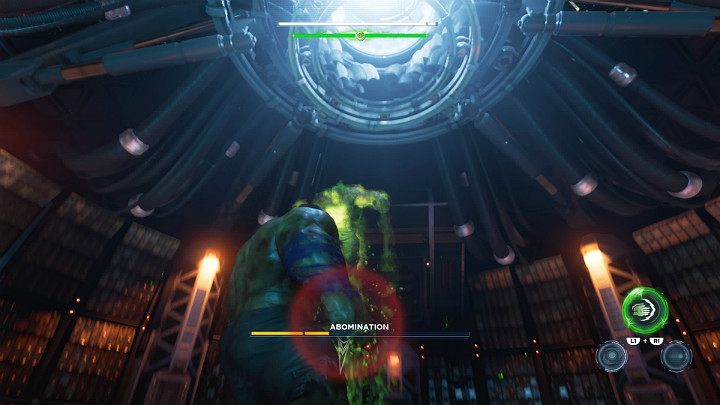 The second new ability of Abomination is the attack from the air (by jumping). When you notice that your opponent is taking a quick and short run, and a red circle will appear on the ground, then it is a sign that the Abomination is about to jump into the air. Thus, try not to stand in the dangerous area and nothing bad will happen to you. 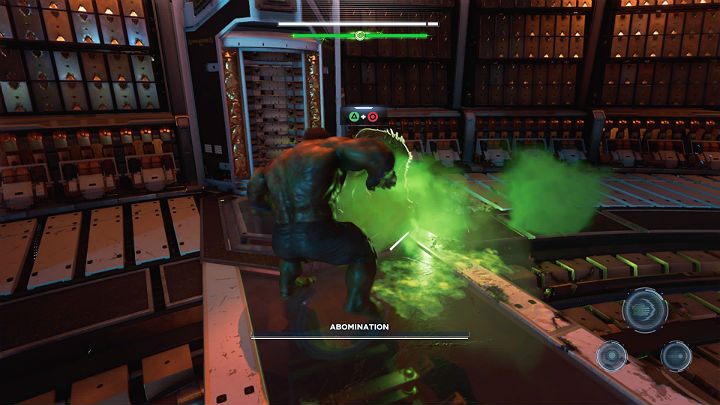 Avoid your opponent's attacks, activate Rage when you are about to receive damage, and perform counters. This way, you will be able to finish off your enemy. When your hero's health drops to a dangerous level try to collect healing items or smash one of the green containers.