On this page of our game guide to Marvel's Avengers you can find a detailed description of the third mission of the main story campaign. During this mission you will have an opportunity to learn how to effectively traverse the terrain by using jumps, ropes and the ability of grabbing the edges of buildings, as well as learn to sneak around your opponents' noses. Also, you will come across some new types of enemies.

Get to Kamala's Headquarters

The first task of this chapter starts after 5 years since the events of Day A, which proved fatal to all Avengers. Superheroes have become outlaws and were considered a threat to humanity. Kamala Khan who attended the celebrations of Day A took part in the events that forever changed her life. 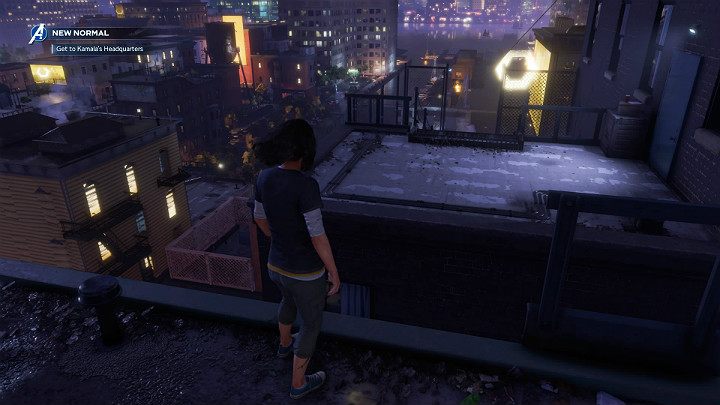 After you leave the room, jump onto the roof of the building on the right, then use the rope to move down. Keep moving forward by jumping on the next buildings. 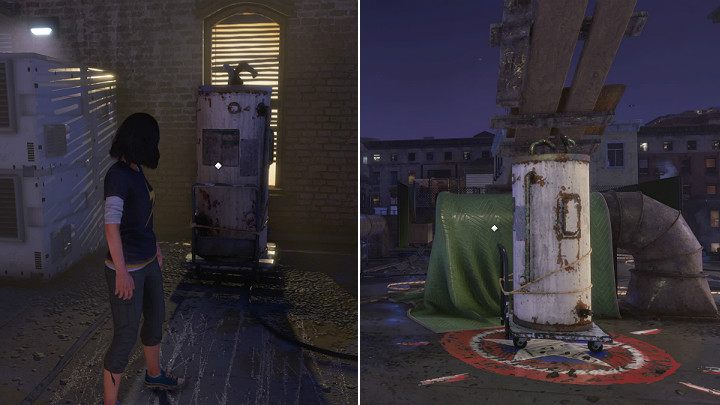 Step up to a trolley with a metal boiler, grab it, and then push it to a place marked by Captain America sign - it's right under the tilted board. Now you can use this pre-supported board to jump to the further part of this location. 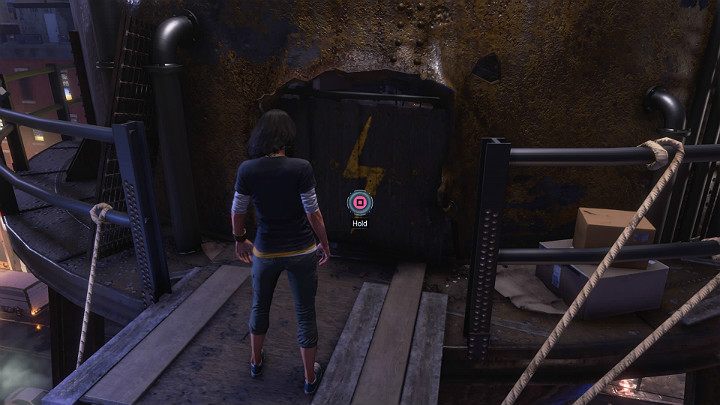 Jump to the platform of the silo from the roof of the last building and move away the primitive door to enter Kamali's base. 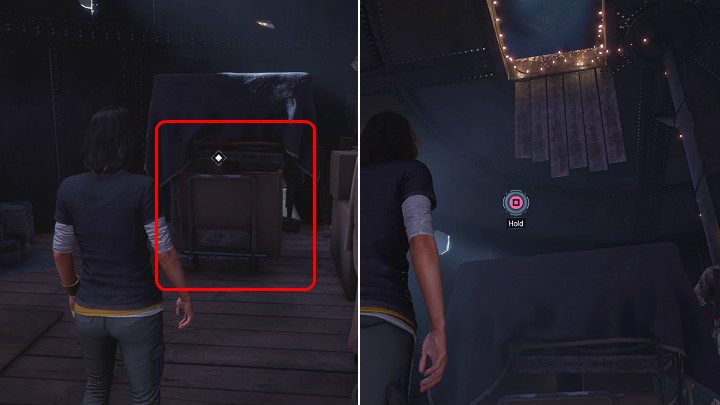 Once you're inside, approach a trolley with the wooden crate and push it under a hole in the ceiling. Then climb onto the trolley and jump upstairs to get to Kamala's laptop. 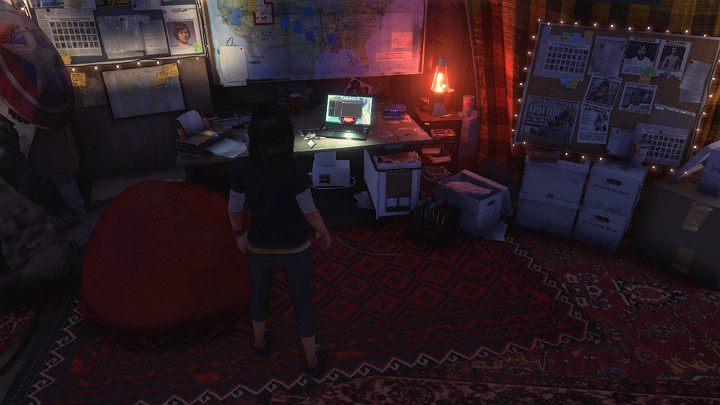 Insert the flash drive into the laptop and watch a short cut scene. You will learn that the Chimera disaster was not an unfortunate accident, but a deliberate act. Captain America was not killed, but was murdered by Doc Tarleton.

Get to Heroes Park

From a message that was sent by an informant nicknamed "the dancer," you'll learn that AIM forces have learned about your whereabouts and are on their way. You have to get to the Heroes Park. 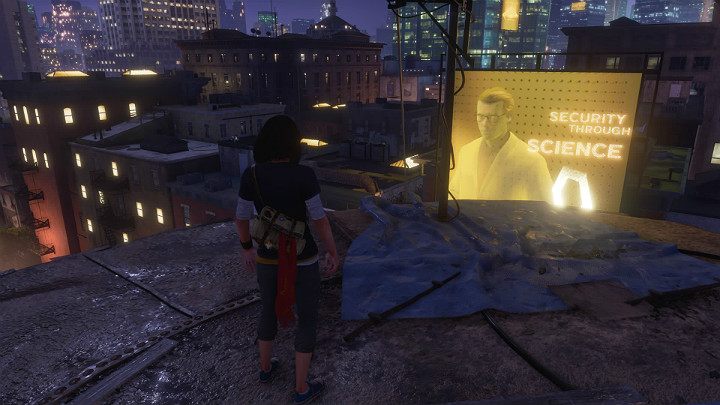 After you get to the roof of Kamali base use a rope to descend onto the roof of another building. From there you have to jump on the ladder, which will break. You have to find an alternative route. Descend the ladder. 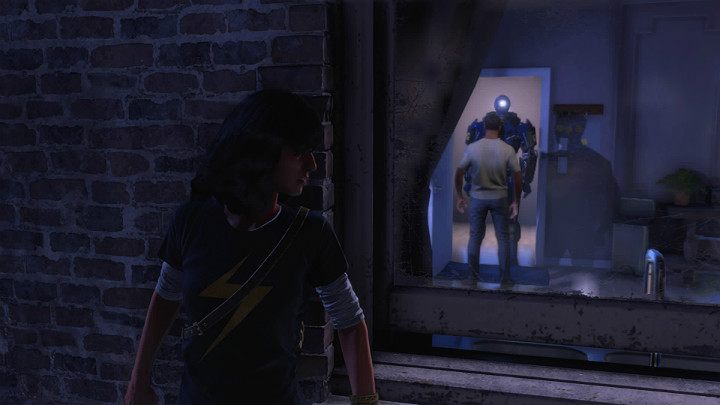 From the ladder you have to move to the narrow cornice and go to the second window of the building. You'll watch a cutscene in which the AIM robot talks to a civilian about the fact that Inhumans have been detected in the neighborhood. He wants to perform a DNA scan procedure. From the cornice you will be able to descend to the roof of the adjacent building. Use the crossbar to jump to the next building. 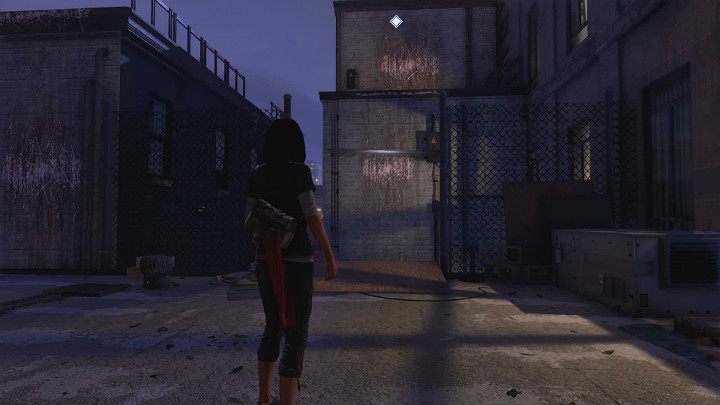 After you reach a high scratched wall you will first have to grab the crossbar, then jump on the wall and make a jump again to get to the top. A single jump will cause Kamala to fall. Thus, you will have to replay the whole sequence from the last checkpoint. Go even higher and advance further. 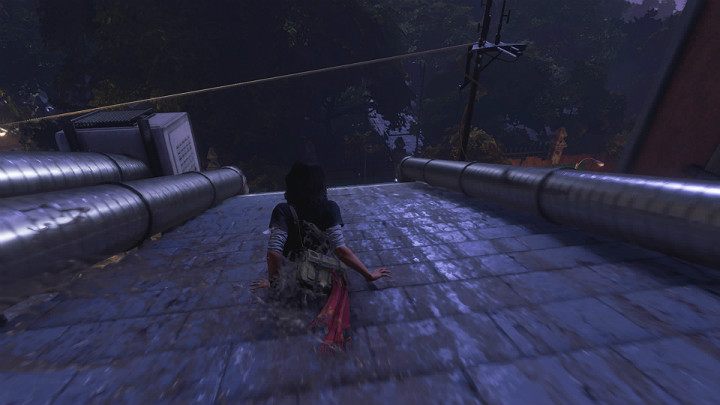 Once you start sliding down the sloping roofs of buildings you will have to jump from one building to another and then jump on a rope. Then, you will reach the Heroes Park.

Scope out the Captain America statue

While traversing through the Heroes Park, you will first notice the vandalized statue of Iron Man, which may testify to humanity's current attitude towards Avengers and superheroes in general. 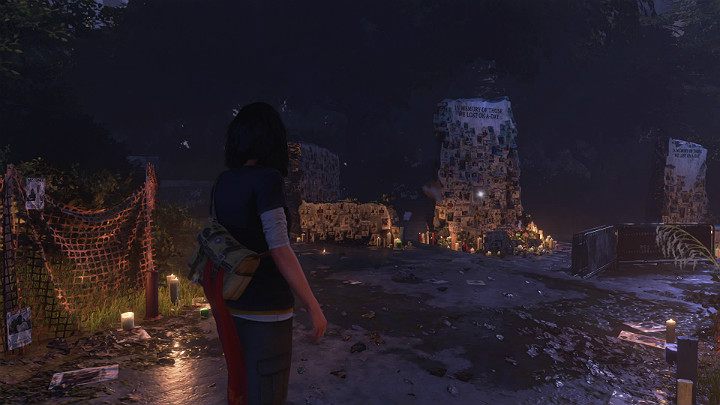 Along the way, you'll also encounter the Inhumans memorial wall. There are plenty of photographs of people who went missing after the terrible events which occurred during the Avengers Day. Keep heading towards the Statue of Captain America. 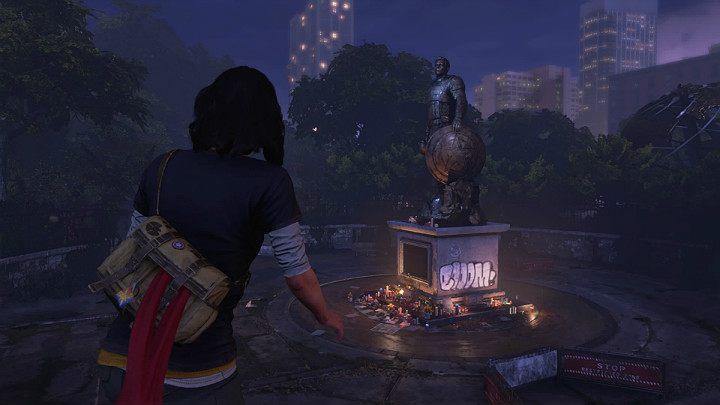 Go ahead, bypass the shattered Hulk statue and jump over a low wall. After you stand in the designated area, you'll witness a brief cutscene in which a group of bandits wants to attack a civilian paying homage to The Avengers. Kamala will lose her temper and unknowingly begin to use her super powers. As a result she will be targeted by the AIM drones.

Get out of Heroes Park undetected

After the AIM has discovered Kamala's whereabouts in Heroes Park, you will have to sneak out of that location unnoticed. You have to escape silently so that all your past actions won't be in vain. 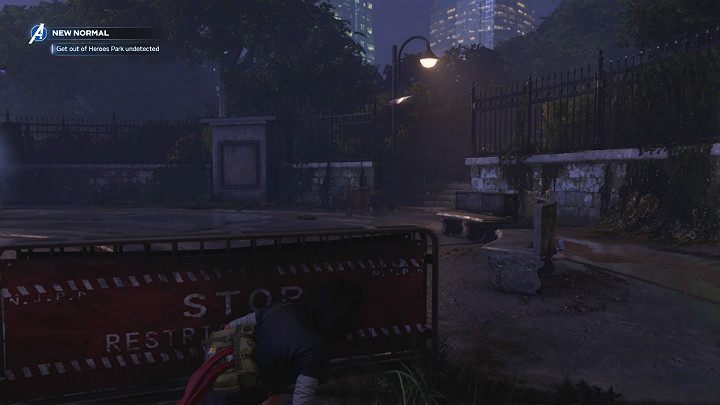 Step out from behind the railing and follow the concrete benches to the right. Take the small stairs leading to the park. 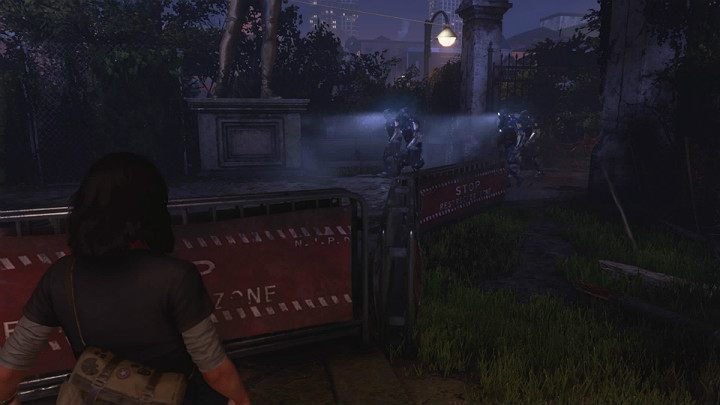 As you approach the next barrier you will notice a squad of AIM soldiers running through the park. Robots are constantly scanning the area for any traces of Inhumans. As soon as the patrol passes by your position, continue going to the right. Take cover and hide behind the barriers all the time. 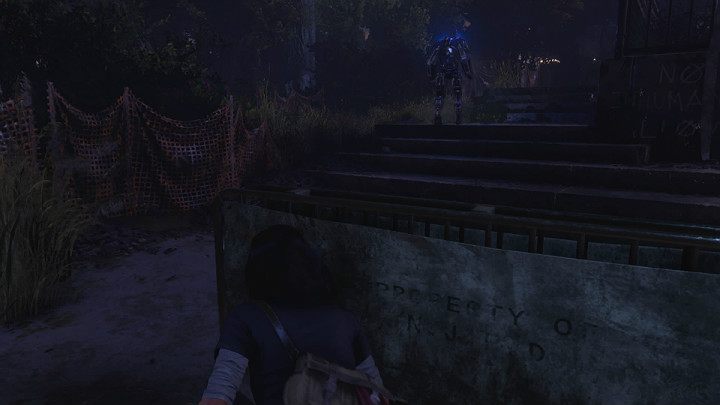 After a while, you'll notice another team of AIM robots that are patrolling the area near the Iron Man monument. When the robot on the left side turns around, go behind the barrier visible on the left side of the screen. 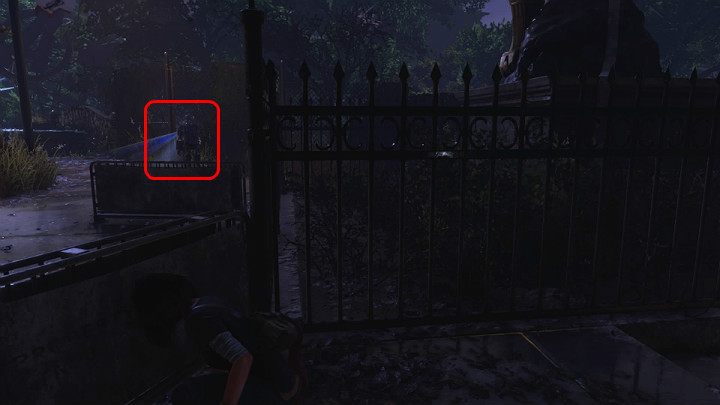 When the opponent on the left moves further down the road, run up to the barrier that is a bit further. Now you have to watch out for the opponent on your right side. When he turns back, go left and jump over the wall. 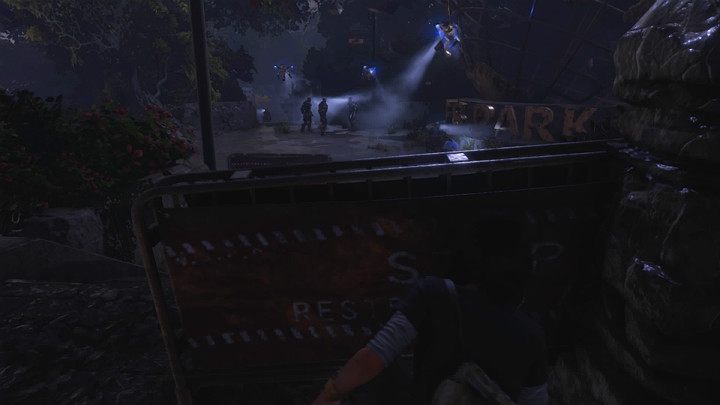 You will reach the next barrier. Once again you will have to bypass the AIM robot patrol. This time the squad is supported by drones. From the spot shown in the picture above, go to the left. 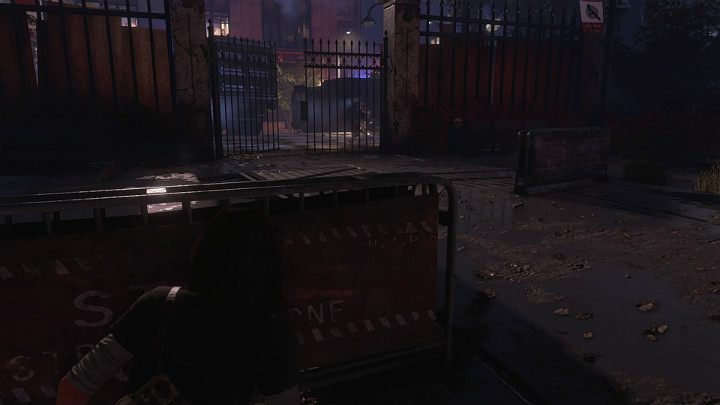 You'll notice an open gate. Unfortunately, you can't go through it because more enemy units are patrolling the area in front of it. Go right. 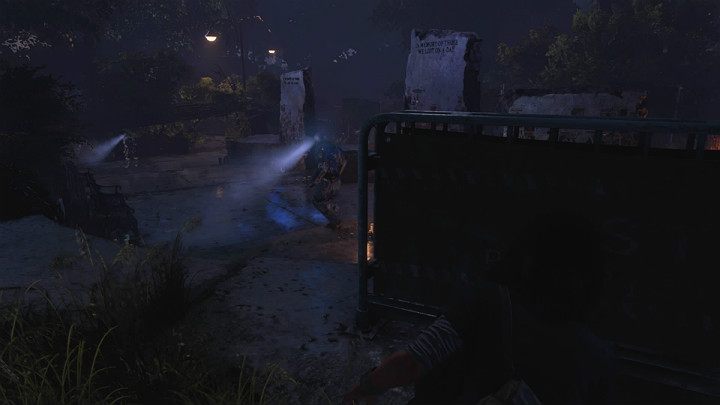 After passing through a wooded alley, you will come across another barrier, this time in front of the Inhumans memorial wall. Once the opponent in front of you goes to the left, walk around him by taking the path on the right and go forward - hide behind the barriers all the time. 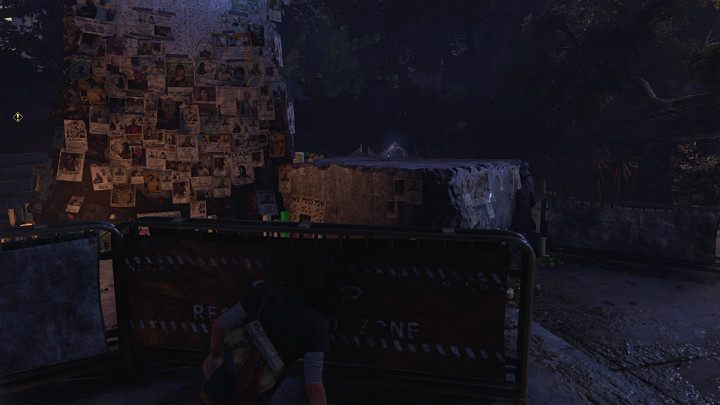 There's another enemy in front of you. When he stops scanning the surroundings and moves to the left, go to the exit on your right. Then, climb the small steps and walk through the gate. 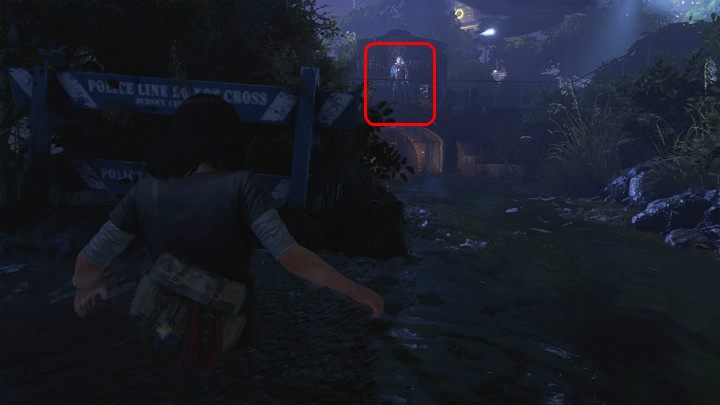 You'll reach the statue of Thor. On the left, you'll notice a wooden fence and bushes - hide behind them in order not to get spotted by a robot that patrols the area around the bridge. As soon as it goes to the right, go ahead and jump into the sewers.

You managed to run away from the AIM troops who prepared an ambush for you in Heroes Park, but that's not the end of the escape. Kamala falls into the sewers and has to get out of them undetected. 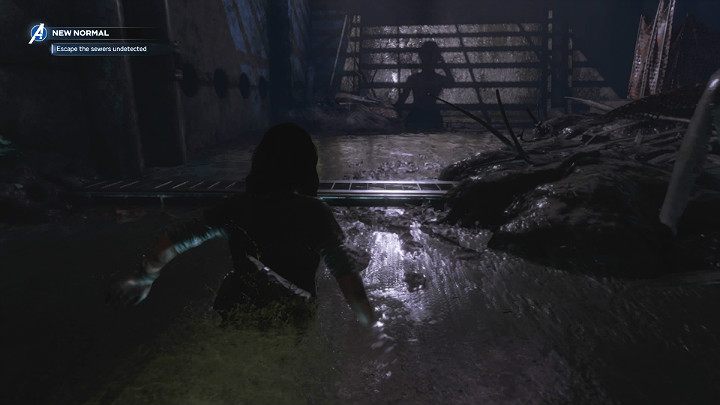 While standing among piles of litter and all sorts of rubbish, start walking straight ahead through the sewers and watch out for the reconnaissance drones that will appear behind your back. 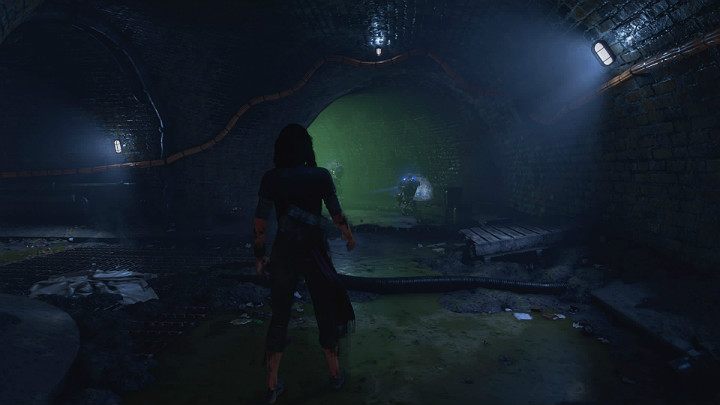 After sliding down a little lower, you'll notice a squad of AIM robots just in front of you. Bypass them and go left. 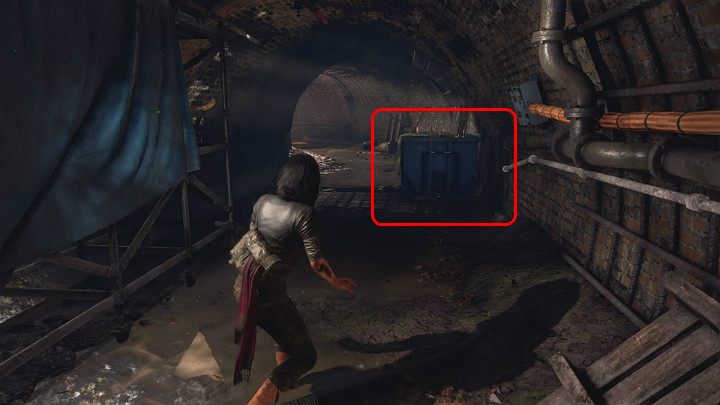 At the first crossroads, immediately turn to the right in order to bypass next soldiers. Then climb the steps. You will notice a dumpster on your way. Grab it and push it forward to reveal a hole in the wall which can be used to get out. 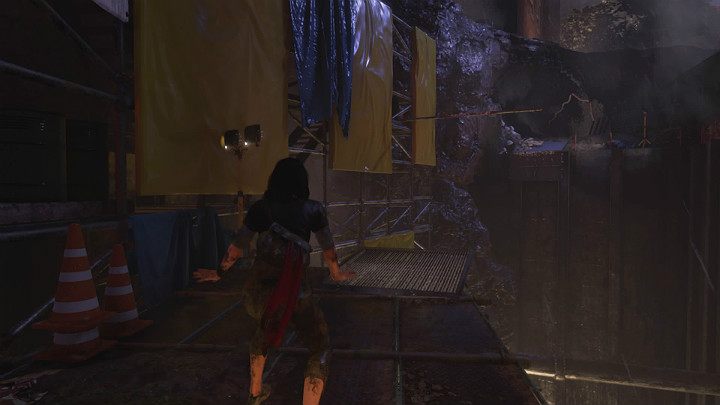 The rest of the road leads to the left. Jump from platform to platform by using extended floors in shape of trapezoids. 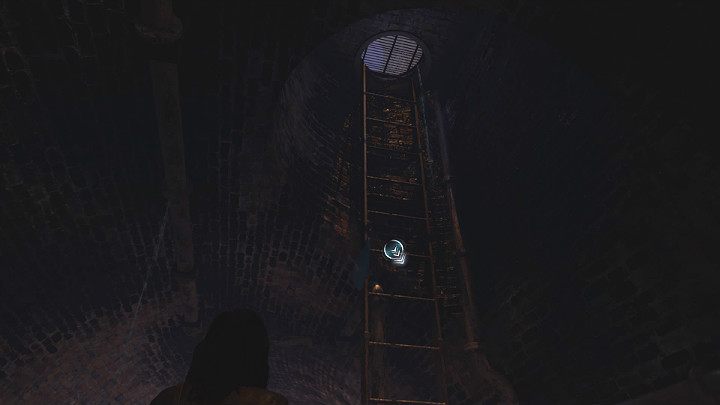 Once the road further will be obscured by metal bars, turn left and climb the ladder to get out of the sewers and reach the surface.

Get to the bus station

After exiting the sewers, Kamala will be captured by Monica and Dr. Tarleton. However, she manages to escape. Her new destination is Utah and the old SHIELD base. She wants to travel there in order to meet with the resistance and ask for advice. 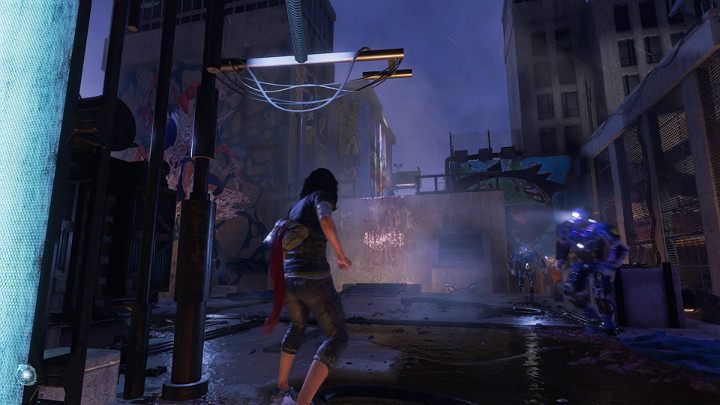 Your position will be discovered by the AIM units. Once again you will have to escape. Run forward all the time. Jump from building to building and avoid obstacles. There will be more and more opponents around you, but don't slow down the pace and keep running ahead. 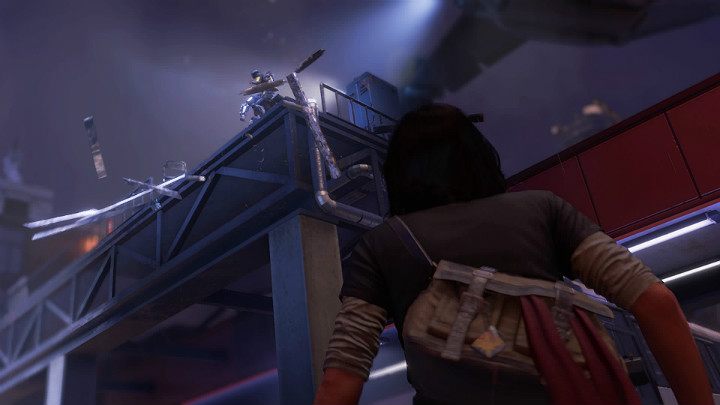 At some point one of your opponents will start helping you escape. Kamala will take the opportunity and quickly enter the nearby building. There, the next stage of the adventure will begin.

Eliminate the AIM forces to escape the garage

During this stage you will learn how to use Kamala Khan's basic skills. Also, you will find out how to use her heroic abilities. 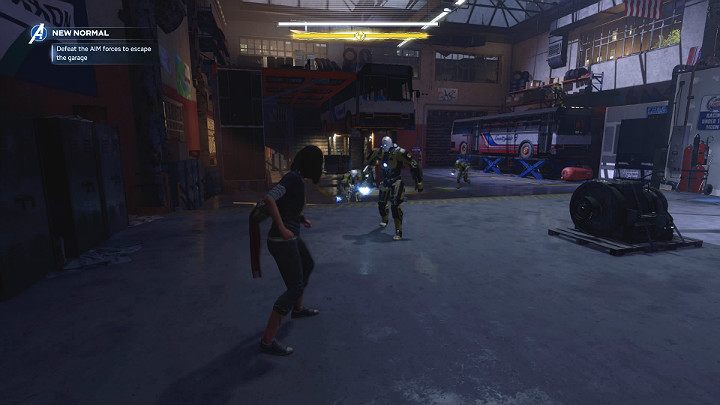 In the first place, you'll have to fight against a few weaker opponents that shouldn't cause any problems. Then, a small squad of soldiers will break through the wall. You can easily defeat them, for example, by using the heroic ability. 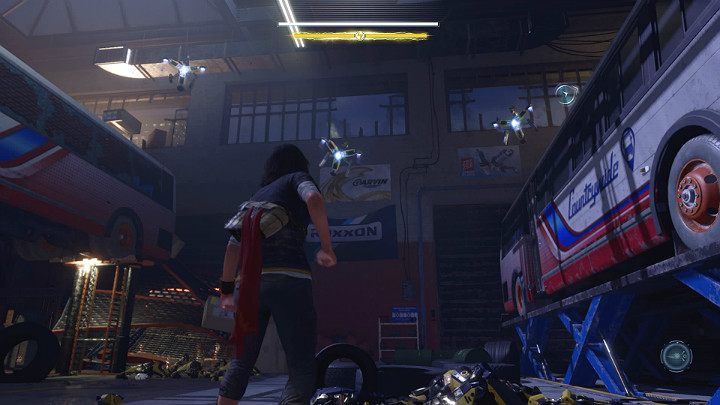 After that, you will have to fight flying enemies - drones. Use ranged attacks to knock down your opponents. In the meantime, a group of common opponents will spawn in the garage. You also have to deal with them. After the fight, you will end this stage of the campaign.