In this chapter of Marvel's Avengers guide, you will find out what your character's attributes and combat ratings are and how they are counted.

Each character in Marvel's Avengers can wear different equipment that will affect their main attributes and combat ratings, which are divided into four main categories. As you develop your hero, you can focus on those stats that best reflect your playstyle.

Attributes - types, what do they affect?

All of the characters featured in Marvel's Avengers have attributes that determine their combat and defensive capabilities as well as impact the effectiveness and speed of their Heroic skills.

Attributes - how to increase them?

Every item you find in Marvel's Avengers will have a certain value for a specific attribute. Some better items may have a bonus for up to two attributes. In the image below you can see that Black Widow's Epic item has a +14 Proficiency bonus, which increases the chance of a critical hit and also affects the frequency of activating an item skill. 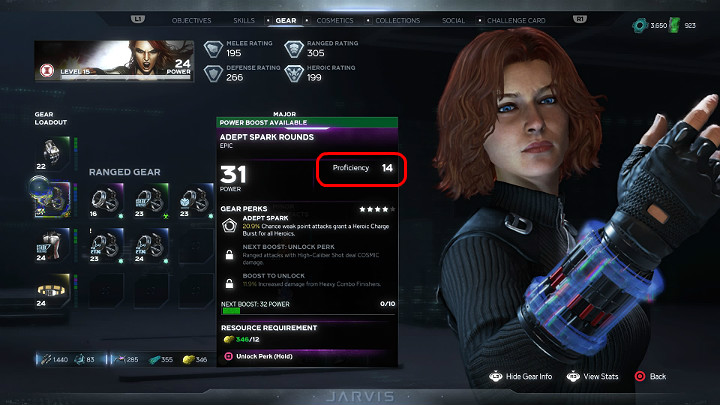 Combat ratings - what do they affect, how are they counted?

Battle ratings in Marvel's Avengers determine how well your hero will fare in a particular situation. This value can be influenced by the Power Level, specific attributes, as well as bonuses offered by the equipment. 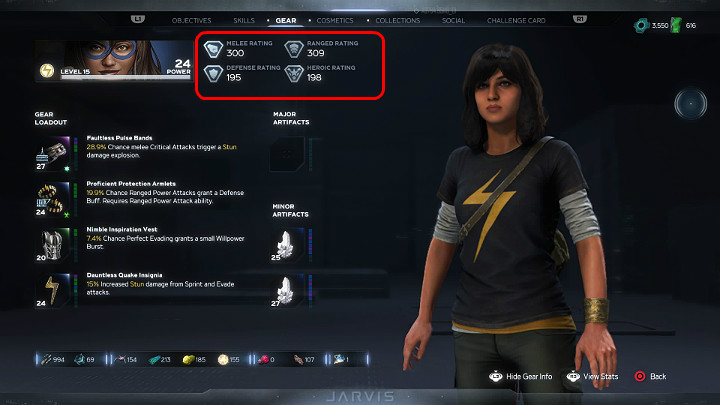