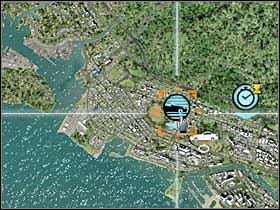 This is one of the easiest speed challenges of the entire game. Sadly, it means that you won't be paid much for completing it. Thankfully, you should be able to win this challenge without ANY problems. The only thing that has to be done here is to start accelerating (#1). You will pass a few radars along the way. As you've probably noticed, your results will be added to the main score. You will have to exceed the limit by at least 162 km/h (#2). If you didn't hit any of the nearby cars, you shouldn't have any problems completing this objective. 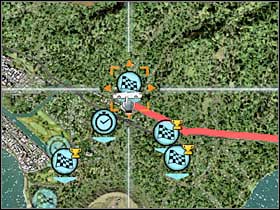 I wouldn't recommend taking part in this event unless you have one of the fastest cars from the F class. Audi TT or Audi A3 should do the trick. You could also leave it for later and get back to it once you've acquired a car from the E group. The most important thing here is to have a car with a decent V max value, mostly because you will be dealing with a lot of straight roads and mild curves. The first part of the race will require you to go through a fast left corner (#1). You will also have to use the brakes later during the challenge (#2). The final part is going to be much easier, because you'll be driving on an open freeway. 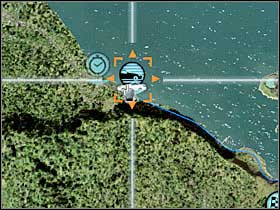 It may seem to you that this speed challenge should be quite difficult. Thankfully, you will have an opportunity to finish it without having to worry about winding routes. The only objective here is to achieve speed of 226 km/h. This means you WON'T have to choose a default route, because the game won't force you in doing that. As a result, I would recommend turning the car around (#1). You will find yourself on a freeway. Now you will only have to start accelerating in order to reach a desired speed (#2). You shouldn't have any problems doing that, however watch out for heavy traffic.

The passion for speed 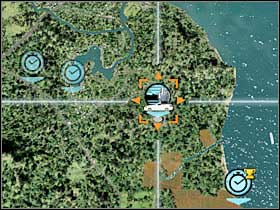 I wouldn't recommend proceeding with this speed challenge right away. It would be wise to wait in order to acquire one of the faster cars from the D class. Otherwise you would have some serious problems, especially gathering enough kilometres. Additionally, you will have to go through checkpoints in a certain order. You shouldn't have any major problems reaching the first radar. Just make sure that you don't end up outside the road. I would recommend having a car with more grip. Aston Martin V8 Vantage or Maserati GranSport should do the trick. You will have to make a sudden left turn very soon (#1). Head on to the top of this hill. This will allow you to reach the second radar. Keep going straight. You will have to go through a large junction (#2). Make sure that you've gathered enough speed points near the third checkpoint. Turn right, so you'll be able to speed up. After that, you will have to turn around. Start moving towards the final two radars. You should have at least a minute to reach them, so take your time. 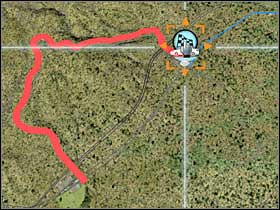 This is a quite challenging race, so you'll have to be careful in order to avoid making huge mistakes. You shouldn't have any major problems taking the lead. You will also be able to extend it, mostly because there are a lot of fast corners in the area. I wouldn't recommend drifting here, because it's very easy to make some kind of a mistake. Use the brakes once you've reached the top of a larger hill (#1). There's a small jump here and you would probably left the track, because it's very difficult to see it. There are some more challenging turns ahead, however you won't have to use the brakes too often. There's a second jump location near the finish (#2). Don't hit any of the concrete walls, because that would have slown you down.