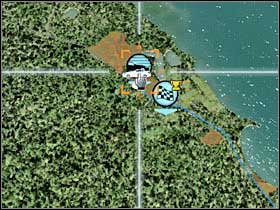 This is a true GOLDMINE! It's VERY easy to win this challenge. As a result, you will be able to earn a lot of money without having to participate in difficult challenges. The most important thing is that an average race takes only about 30 seconds and you'll be paid 20000 dollars each time you succeed! Gathering a few hundred thousand dollars won't be a problem. You won't have to choose a B class vehicle for this challenge. One of the faster C group cars should do the trick. Start accelerating (#1). After that, turn right, so you'll be moving near the side of the road (#2). This will allow you to overtake ALL civilian vehicles. It's that simple! Have fun! 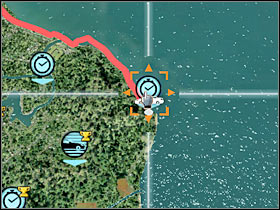 It would be wise to choose something new for this race. It should be a fast car, mostly because you will be dealing with a lot of straight lines. Chevrolet Corvette Z06 seems like a good idea. You should also upgrade this vehicle, but I think it's fairly obvious. You will have to watch out for heavy traffic during this race, however some of the civilian vehicles will avoid hitting you (#1). You will also be dealing with several jumps, but that shouldn't be too hard. I would recommend moving near the side of the road, especially if you don't want to spend more time with the civilian cars. Some parts of the road are going to be surrounded by concrete walls (#2). Focus all of your efforts on NOT hitting these objects. Otherwise you would lose some precious seconds. You shouldn't have any problems finishing the race within the designated time limit. 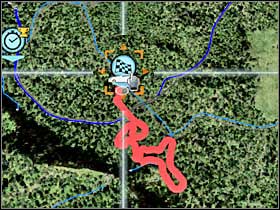 This is a standard duel. It means that you will be racing against only one car and the first vehicle to reach the finish line wins the entire competition. I'd strongly recommend choosing something from the B class, especially since your opponent will probably do the same thing. There are some difficult corners near the start line (#1). Try going through them without hitting anything along the way. This should allow to secure the early lead. You should be able to reach a freeway very soon. Be careful. There are a lot of fast corners in the area (#2). You won't be allowed to make any mistakes here. One of the corners will be located at the top of the hill (#3). Slow down here. Otherwise you would have probably crashed into one of the surrounding barriers. You will also have to watch out for heavy traffic (#4). Stay away from the left lane and use it only when it's absolutely necessary. The final part of the race is going to be quite simple. There are only a few mild curves here, so you'll be able to secure your victory. 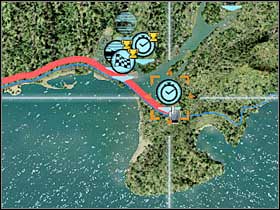 This is probably going to be your first long-distance race, so there are a lot of important things you should know about. First of all, you will be taking part in more of these events in the future and they'll be even longer, so stay focused and practice going for the gold trophy. The most important thing here is to avoid hitting anything along the way. It's better to slow down, because you won't have to accelerate from a complete stop. You should be able to maintain a high speed (>250 km/h), especially since there are a lot of straights and mild curves here. You will also have to deal with more difficult turns, but they will appear later during the race. You should be able to complete at least half of this challenge without having to you use the brakes. Reaching the finish line, on the other hand, will probably take you about 14-16 minutes, depending on the number of mistakes. You should be able to secure first kilometres without any major problems (#1). Make sure that you're driving at a maximum speed. You will come across a freeway area in about two minutes (#2). You will have to be very careful here. There are a lot of sudden turns in the area, as well as several jumps. Avoid hitting the surrounding barriers, because they would have slown you down. You will have to move to a new lane two minutes later (#3). You can't miss it, however you will have plenty of time to make this turn. Slow down once you've reached the exit (#4). Leave the freeway. Watch out for civilians vehicles here, as they can be quite unpredictable. Keep moving towards your destination. You will have to make a sudden right turn about 8 minutes after the start. This will allow you to reach the new section of the freeway (#5). Watch out for some of the upcoming mild curves. They can be very tricky. You will have to leave the freeway very soon (#6). It's very important that you slow down here, so you won't miss the exit. You will also perform a single jump here. The final part of this race is going to be much more difficult, however you should have a lot of time to reach the finish line. You will be using narrow roads to reach your destination. Watch out for civilian cars. You will also be dealing with a larger number of tight turns (#7). Remember to keep off the left lane in order to avoid hitting other vehicles. Use the brakes, but only if it's absolutely necessary. You will have to turn right near the finish line (#8), but that shouldn't be much of a problem.