Alone against the Clock 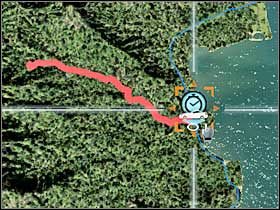 I guess I don't have to remind you to buy a fast car from the D class. It'll make your life a lot easier and there are a lot of challenges from these groups to choose from. This is a rather simple challenge, mostly because you won't have to worry about the existence of the damage bar. As a result, you will be allowed to cut through every corner. You must watch out for two basic things. First of all, there are a lot of jumps here, especially in the early part of the race (#1). I'd strongly recommend that you slow down in these sections, so you don't end up somewhere outside the track. Other than that, you will have to watch out for difficult and very tight turns (#2). There's also a very difficult corner near the finish line, so make sure that you've used your brakes. Nevertheless, you shouldn't have any major problems collecting a golden trophy here. Sadly, you will receive only 15000 dollars for the win. 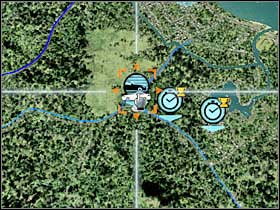 You should be able to complete this standard SPEED test without any major problems. You will only have to focus your attention on going through corners and avoiding traffic. Just as before, I'd strongly recommend that you choose a fast D-class car for this challenge. Reaching the first checkpoint is going to be very easy. Be careful, though. There's a very difficult right turn here (#1). You can't make a mistake. Otherwise you would have probably ended up somewhere outside the track. One of the checkpoints is going to be located near the corner. Slow down a little, however don't even think about using your brakes. Make sure that you're cutting through corners, so you won't have to worry about the fifth checkpoint (#2). Do the same thing with the last radar. You should be able to complete this task without having to repeat the entire race.

Only the Last will Win 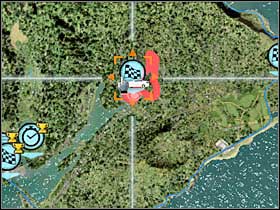 This is probably going to be your first elimination race. I'm sure that you're familiar with the rules, so I won't have to go into details. You will have to complete five laps and the slowest driver is going to be eliminated at the end of the each lap. This is how you will get rid of your competition. Thankfully, you shouldn't have any problems maintaining your lead, as long as you won't make any major mistakes. You should also pick a fast D-class car for this challenge in order to increase your changes for a safe win. The race itself isn't going to be too difficult, however there are some challenging corners and I'm sure that you'll want to know more about them. There are some fast corners near the start line (#1). They will allow you to extend your current lead. Don't even think about cutting through these corners. Otherwise you would have probably been stopped by the rocks. Slow down before taking a hard right turn (#2). You will also have to deal with several other tight corners (#3). They aren't too difficult, especially if you decide to use the handbrake. There are two tight turns near the end (#4). It would be very wise to slow down a bit in order to remain on the asphalt road.