In The Technomancer game you will find a detailed walkthrough of all of the main and side quests, coupled with information regarding the rewards and reputation gained for specific factions. Quests in the game often have various completion choices - all of the possible choices and their consequences can be found in the following guide.

A complete list of all of the abilities and attributes used in combat and dialogues was prepared, coupled with hints concerning their selection. The guide also contains various hints associated with, for instance, acquisition of Serum and experience points. Additionally, you can also find here a list of all of the companions available in the game, with descriptions of their abilities and characteristics, information about in-game factions and creating weapon upgrades, without which you won't be able to complete the game on higher difficulty levels. A description of character classes (which, contrary to similar games, can be changed freely and at any moment in the game) and tips concerning the gameplay with all of them was included in the guide.

The Technomancer is a dynamic, cyberpunk RPG game. The action takes place on Mars, where Earthlings enslave the people living there. The player, one of the Technomancers with the name of Zachariah, is involved in a conspiracy against the authority and is banished from the city. There are four character classes to choose from (which the player can change at any moment), a complex dialogue system allowing the player to complete quests in numerous ways, and different factions that offer various side quests and sometimes can assist the player during crises. Additionally, the game allows the player to sneak and pickpocket, gives access to an easy crafting system and implements a time system that influences some of the quests in the game.

The Technomancer guide was prepared based on the 1.0 version of the game.

About The Technomancer Game Guide 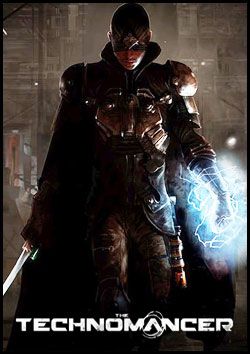 The Technomancer is a cyberpunk action RPG, and a follow-up to Mars: War Logs from 2013. The story takes us back to the cyberpunk universe known from the previous production where technology intersects with magic and warring factions are fighting for access to the most valuable of resources – water. The titular Technomancers are genetically modified warriors with enormous political influence, who are also the guardians of ancient knowledge. In combat they combine cutting edge technology with the supernatural power acquired through mutation, the source of which lies in the wisdom of their ancestors.

The player assumes the role of one of the young and inexperienced Technomancers whose mission is to find and protect powerful artifacts from Earth, as they are the source of extremely valuable knowledge and technology. The game enables us to side with one of the six available factions. Each of them has their strengths and weaknesses, which influence the gameplay and the way we perform particular tasks. Choices made while playing will affect the ending of the story.

The game mechanics are very similar to what we could see in Mars: War Logs, using a range of typical RPG elements such as character development system, NPCs joining our team, and an extensive crafting system.

The Technomancer Game Guide is also available in our Mobile App