Hammer it here, paint it there. Our Tank Mechanic Simulator guide includes e.g. descriptions of the orders and ways of getting funds. You will also find tips on how to repair parts and improve the workshop.

The Tank Mechanic Simulator guide contains useful information that will help you find yourself in the game's world. You will find explanations of various mechanics of Tank Mechanic Simulator as well as useful tips. They will help you quickly familiarize yourself with the game. You will learn how to effectively repair rusty vehicles and earn money from them. Tank Mechanic Simulator is a game in which you not only repair damaged vehicles from World War II - it also offers you the opportunity to carry out excavations in search of abandoned vehicles and display restored tanks in a museum. During the game, you will also be able to upgrade your workshop, as well as take care of the museum's decor and determine the entrance fee.

It is important to remember about a few rules that will make the gameplay in Tank Mechanic Simulator easier. Below you can find tips that will help you to be better at managing and working in your workshop.

Tank Mechanic Simulator doesn't require a very powerful PC. Below you will find information about the system requirements that must be met in order to run the game.

Learn the controls to have greater fun with Tank Mechanic Simulator - below you can find the controls list that will make it easier for you to work in your workshop. 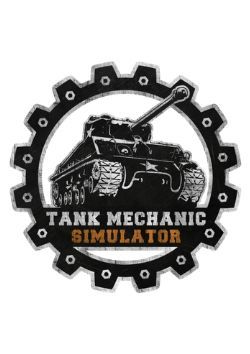 The developers have prepared an interesting proposition for the fans of the tanks from the period of World War II. During the game, one assumes the role of a tank museum owner, who deals with collecting information, searching for interesting machines and renovating them.

The name Tank Mechanic Simulator might be a bit confusing, as the game does not focus only on repairing the damaged vehicles. The gameplay is divided into several stages. In the first stage, one has to search for a machine, do some research, assemble a team of technicians, and set off to retrieve the machine. The search area (set by the information one collects before the search  the more information we have, the smaller the search area is) can be covered with an off-road vehicle. Interestingly enough, this becomes easier after talking to the locals. In the last stage, a player has to utilize special equipment to pinpoint the location of the machine, prepare the transportation and take the tank back to the workshop.

Before putting the new machine out on display at the museum, one has to restore its former glory  in most cases the acquired tanks are nonfunctional and damaged. In the workshop, one has to disassemble a tank, replace all the damaged components, get rid of the rust, etc. At this point, gameplay mechanics resemble the Car Mechanic Simulator series; however, they are not as elaborate, as one does not have the access to that many parts.

Finally, the tank lands on the display at the museum, where the visitors can admire it. Interestingly enough, this is not where a player's role ends  it is worth considering to place information boards around the new showpiece with interesting facts regarding the vehicle or get inside and start its engine to the visitors delight.

Similarly to other simulator games published by PlayWay, Tank Mechanic Simulator for PC features good visuals. The developers have put a lot of their effort into polishing the tank models, which have become true copies of the real machines.

This site is not associated with and/or endorsed by the PlayWay or DeGenerals. All logos and images are copyrighted by their respective owners.