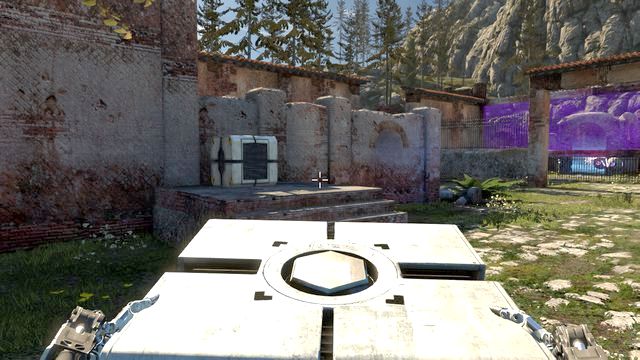 Jump over the wall with the help of a hexahedron

Once again, an order of action is important. Take two hexahedrons from the plates and put one of them on the stairs. Take the second one and jump with it to the other side. 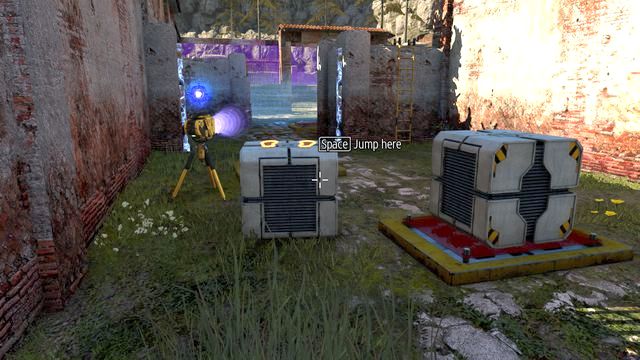 Get to the fan

Get the jammer. Retreat by using the things with yourself. Don't forget about the connector. 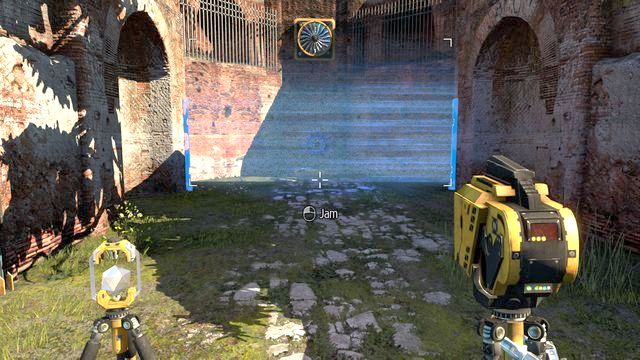 Take all of the things to the other side of the gate.

Keep the rid order whilst unlocking all of the gates. Except for the last two gates - direct the jammer at the last hate and put it on the plate to the one behind it. 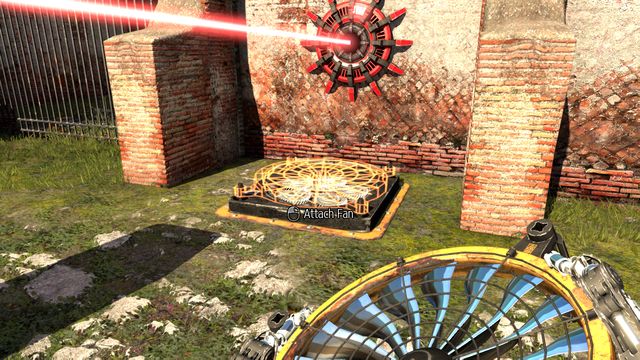 Mount the fan under the red button

Connect the transmitter with the z button. This should activate the fan. Take the fan from the wall and retreat, taking all of the stuff with yourself. Eventually, mount the fan under the red button. 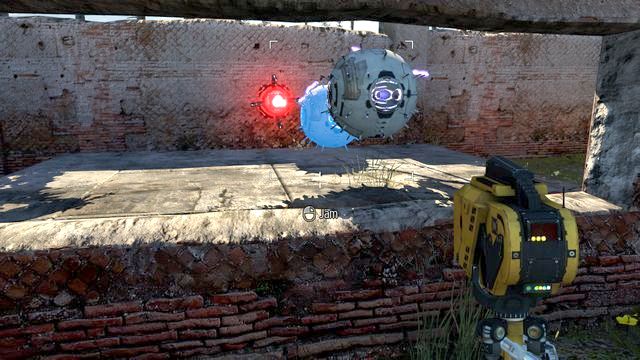 Place the balls in a line

Make the balls move in one line with the jammer. Then use this jammer to unlock the red transmitter behind the barrier. 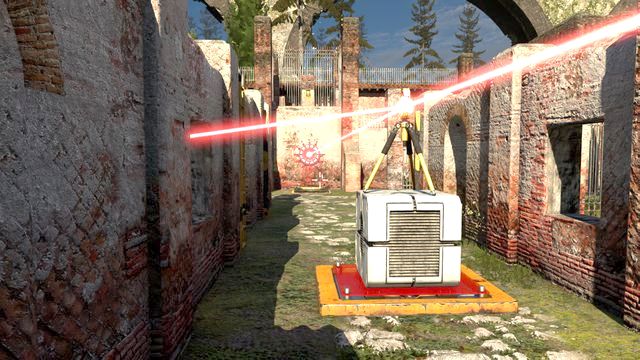 Direct the beam into the button through the window

Get behind the gate and use the connector to direct the beam through a small window into another connector behind the wall. Each of the connectors has to be connected to each of the transmitters but to one button. If the button won't load, correct the alignment of the balls. Step onto the fan which will elevate you onto the platform with the lever.