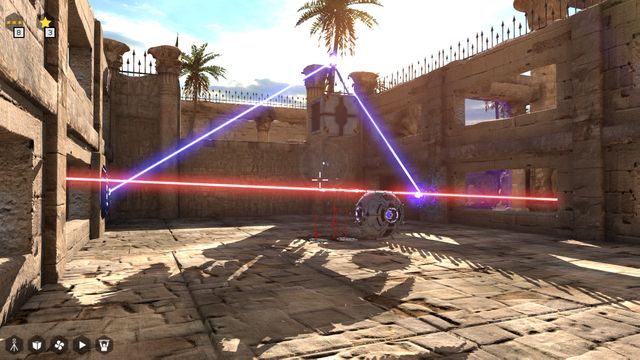 Here, you will have to run a bit. Take one of the connectors and place it on the hexahedron connecting the blue transmitter with the button - it will cause the hexahedron to connect with the ball. 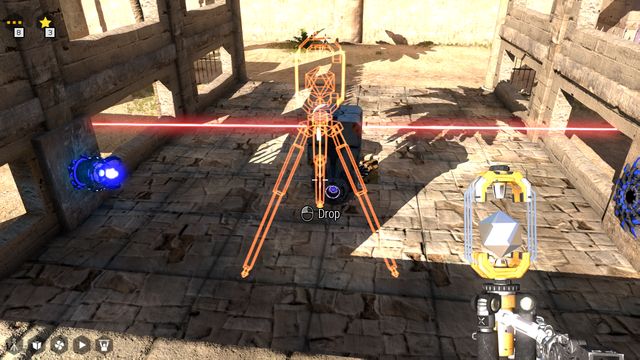 Take the connector from the stairs behind the barrier

Now go from the other side and pick up the connector. The same thing you will have to do with other two. Other connectors should be directed on the red button and the red transmitter behind the barrier. One more thing to do is to take the hexahedron from the ball to block it so it won't cut through the red beam. 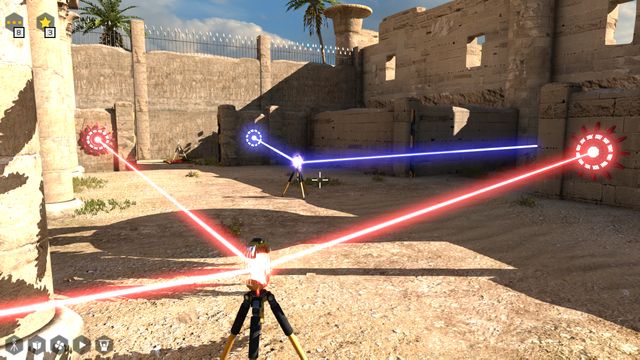 Put the beam into buttons.

Having three connectors on the other side, proceed as follows: First, connect one of them with the connector in front of the barrier and with the red button. Second one, connect with the blue transmitter and the blue button. When the gate opens, put the last connector on the pressure plate, in order to use the lever behind. It will free the robot.