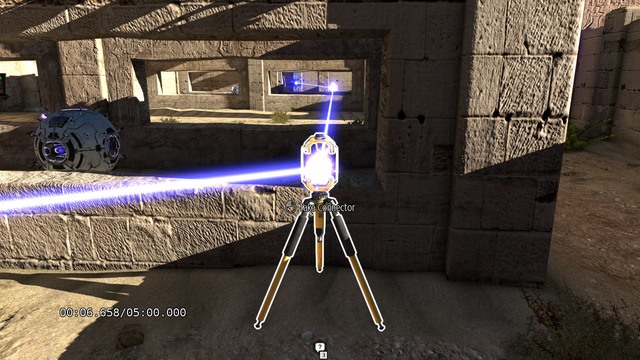 Link the recorded connector with the real one.

First, record a movie in which you are standing on a red button. While playing the movie, take the connector near the blue transmitter. Record another movie in which you link the connector near the blue transmitter and you stand on the red button. Wait for about dozen seconds in that position. When playing the movie, link the real connector by placing it near the exit door with the recorded one as shown on the picture. After a while, the door to sigil will open. 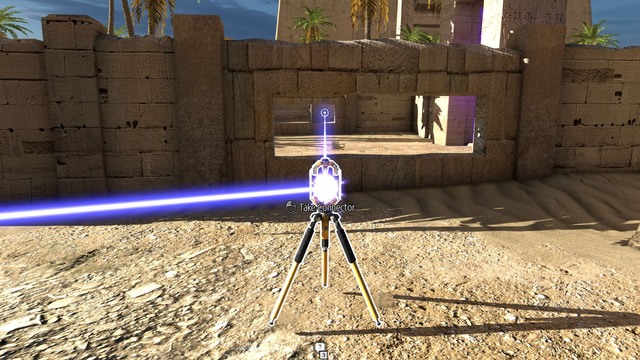 Link the connectors through the hole in the wall. 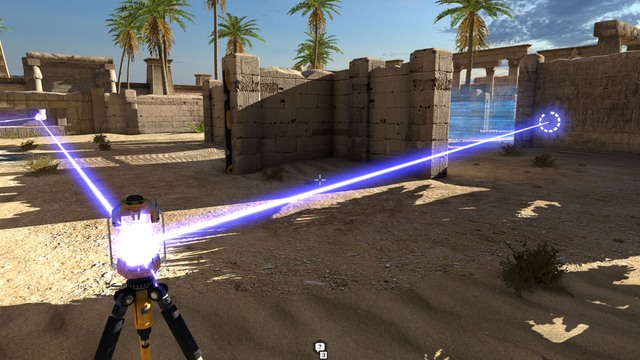 Open the penultimate door with the connector.

With the second connector, open the penultimate door by linking it with the first connector on the beginning of the level. Open the last door with a jammer and take the sigil. 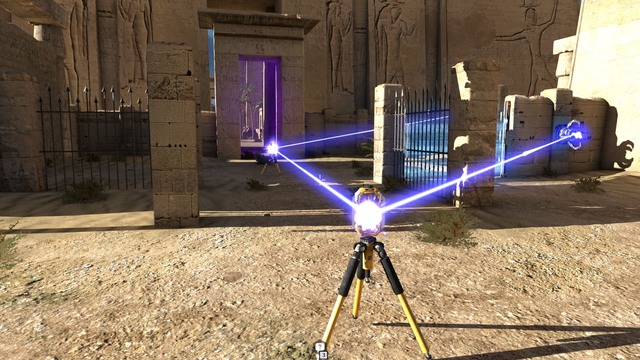 First, with the help of two connectors unlock the red transmitter found behind the door. Take the third connector and swap it with the hexahedron on the red button. 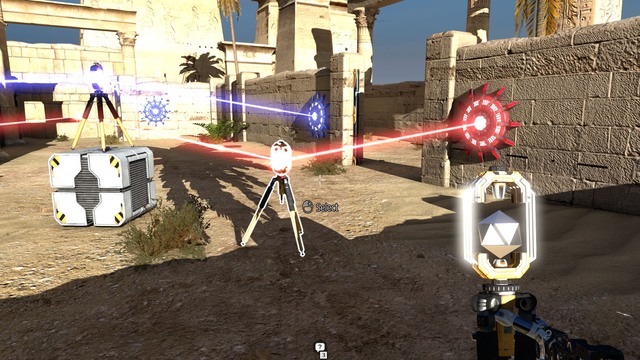 Red and blue beams can't intersect each other.

Place the hexahedron near the exit door, place on it the blue connector linked to the transmitter and the door, place the red connector near it, as shown on the picture. The door will open. Take the connector from the red button and place it on the button near the sigil.