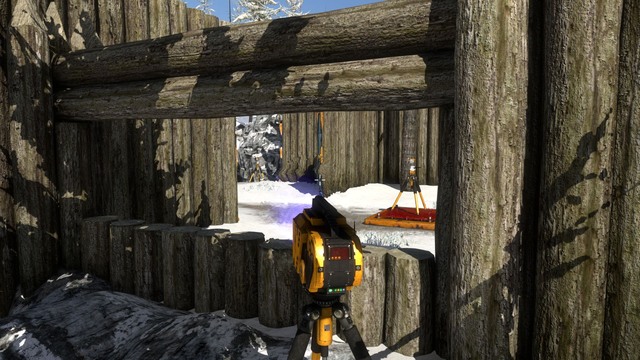 Open the door through the hole.

Get the connector by using the jammer to open the door behind the purple barrier. Use the connectors to get the hexahedron. Move one of the connectors on the red button, the other one place near the last door. Help yourself with the jammer. 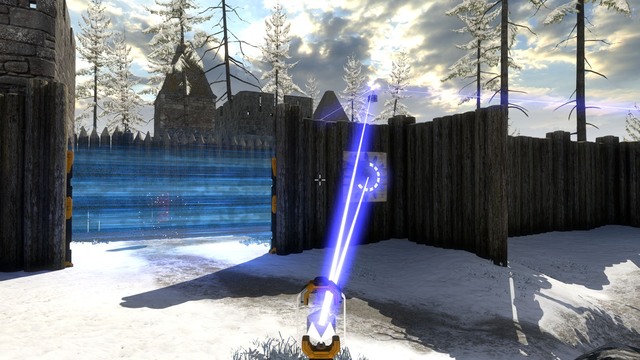 The door will open when the fan starts working. 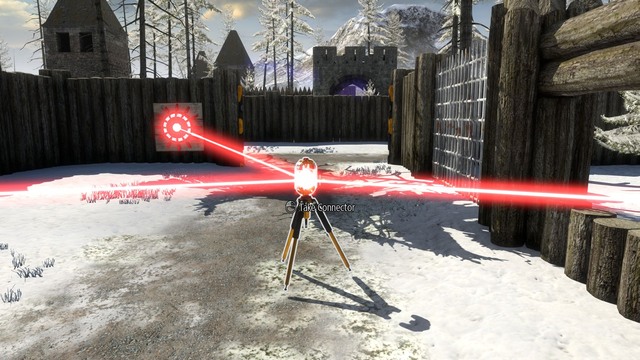 Use as little connectors as possible.

Demount the fan and place it on the red button. Use as little connectors as possible to open the red doors. Utilize the window shown on the picture. Get the jammer and hexahedron by opening almost all doors. 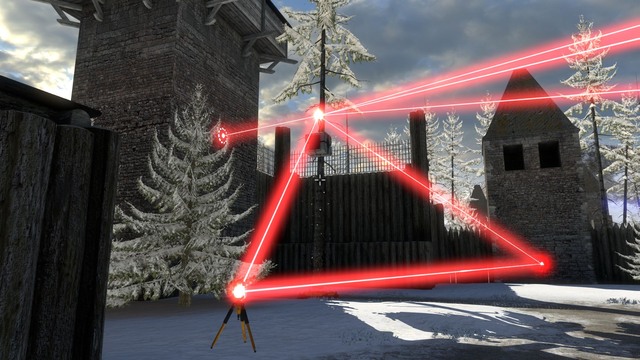 The connector above is connected to the transmitter. 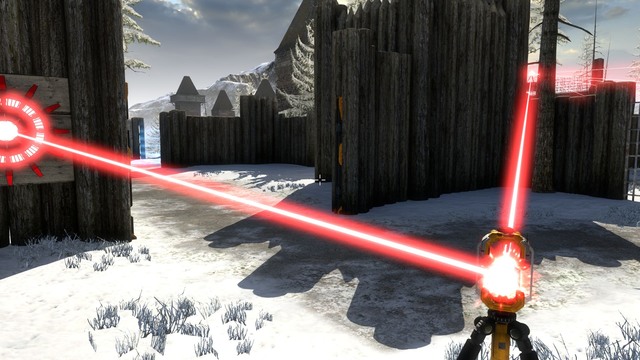 Utilize the connector that can be found in the air. 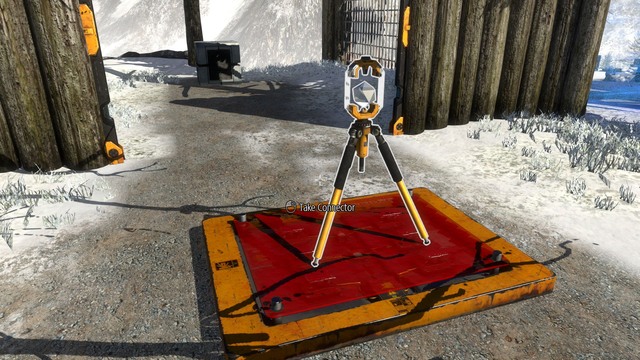 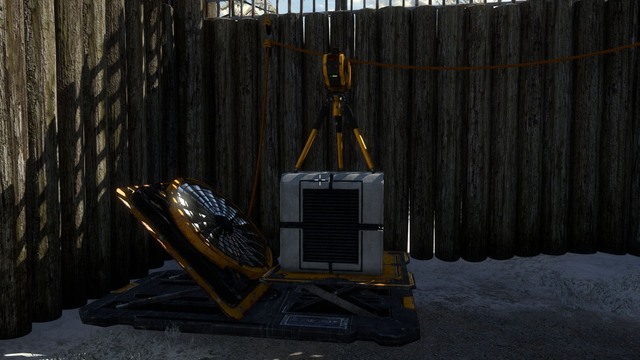 The fan will throw items to the other side.

Get the second hexahedron with the help of jammer. Put both devices on the fan, which after activating will throw them to the other side. Open the last door with the jammer and it's done. 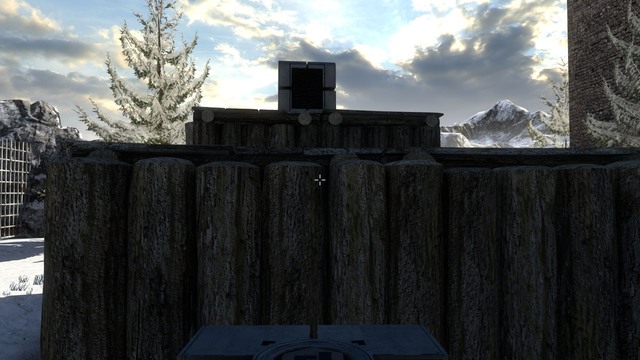 Jump on the hexahedron and get new cubes.

Demount the fan and install it in the proper place to get the hexahedron. Place the cube at the base of wooden stairs and take another hexahedron from their top. With the use of fan and hexahedrons get third cube. Place them creating two steps at the position with the second hexahedron. Now you will have four cubes. 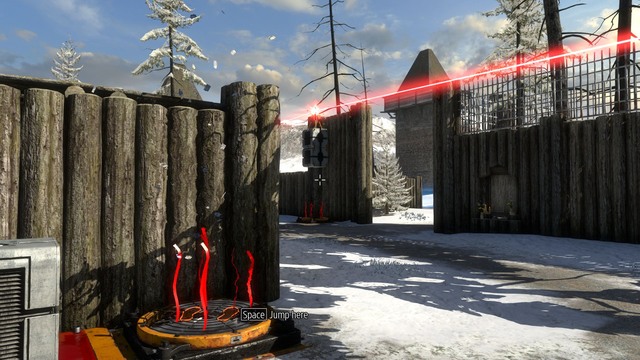 On the fan near the main entrance place one of the hexahedrons with a connector linked to the transmitter and doors with the fifth hexahedron on the other side. Activate the fan from the upper shelf and add the second hexahedron to the construction so that the connector will be even higher. 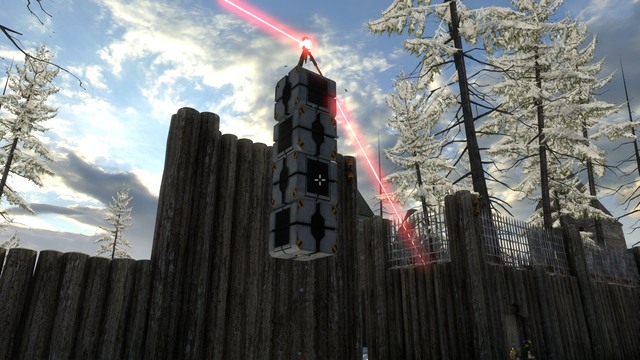