In Stray, during stage 10 titled Midtown, you have to investigate the factory and locate the battery. Our guide contains a description of the factory puzzle - you will learn how to bypass the laser barrier, activate the 3 buttons at the same time and how to get close enough to the battery to take it.

The Midtown chapter is one of the longest in the game and to progress further, you'll need to go through the first section of the factory without being detected by the Sentinels. 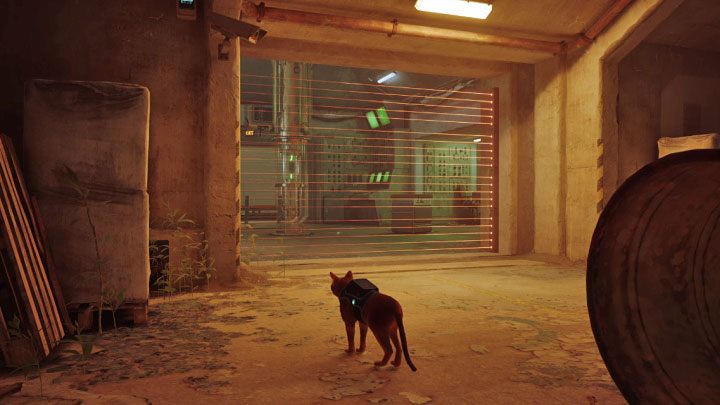 Eventually, you will reach the laser barrier from the screenshot. This location doesn't require sneaking. 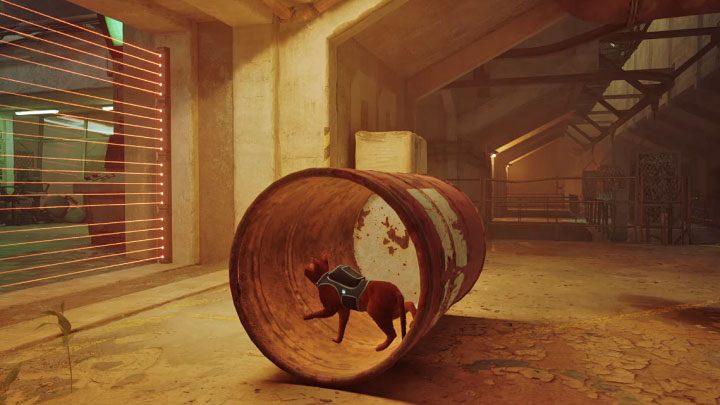 It's easy to bypass the lasers - enter the barrel and roll to the side. The barrel won't be stopped when passing the lasers and you won't trigger an alarm. 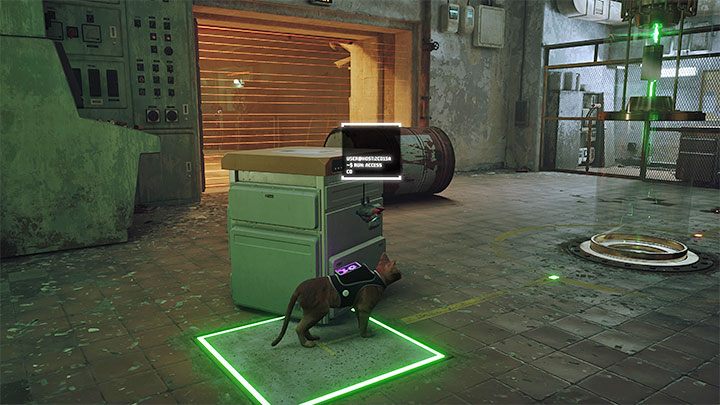 The battery is stored in the central part of the room and you can't grab it straight away. First, you'll have to activate 3 pressure plates simultaneously. The buttons can be found around the capsule.

Nearby, you can activate a crate-shaped robot. It will automatically start following the cat. 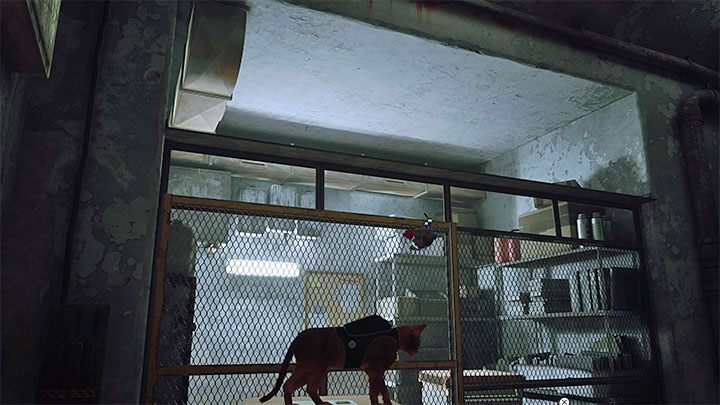 With the robot, you have to reach the fenced-off side storeroom. Make the machine stop (meaning temporarily turn it off), jump on it and jump over the fence. 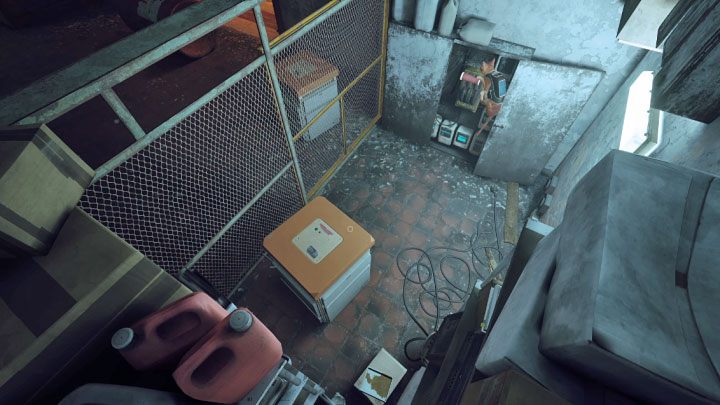 In the storage room, pull the lever and activate the second crate-robot. Get it out of the storeroom. 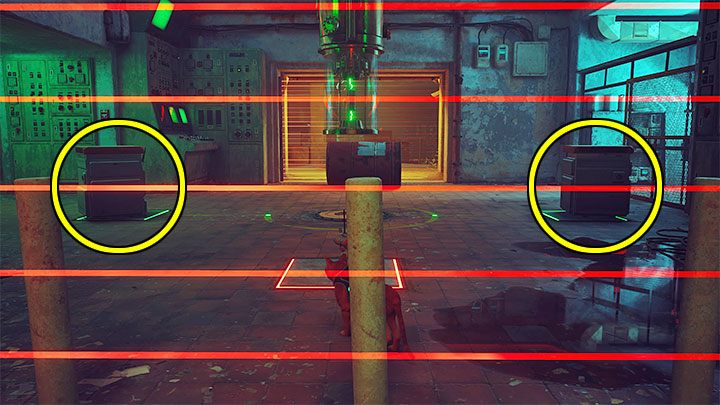 Now you have to place the 2 robots on the outer buttons, as pictured in the attached screenshot. 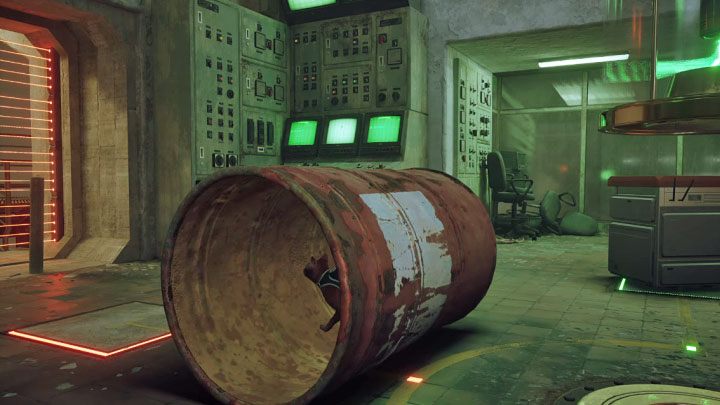 There is one final button left, which also needs to be pressed "permanently". Enter the barrel again and roll it onto the remaining pressure plate. 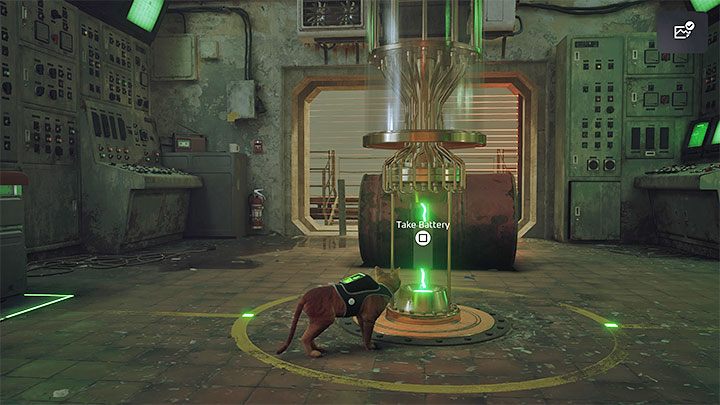 This way, you'll be able to approach the central structure and collect the Battery. Since all 3 buttons are pressed, it will no longer be locked in the capsule. This completes the puzzle.