This unofficial guide for Stellaris - a game developed by Paradox Interactive, contains all of the information regarding management and growth of a galactic empire. Inside, you'll find starting tips, a description of basic rules and mechanisms that will help you attain supremacy in space. The guide will also explain all of the interface elements and show aspects that will help you maintain a steady pace of growth.

Stellaris is a real time strategy taking place in space, in which you can traverse gigantic, procedurally generated galaxies. The main factor discerning this title is immense freedom to do what you wish. You can play as various civilizations and/or take up different rules, e.g. strive towards elimination of all races or focus on peaceful growth that places more emphasis on diplomacy and new technologies. Stellaris' unique trait is the fact that the project is still supported by its developers, who constantly add new content or improve the game mechanisms.

More tips for Stellaris can be found in General Tips section of our guide.

Our Stellaris guide broaches many subjects that may appear problematic when playing the campaign. Below, we listed the most important subjects and added links to the sections that may contain answers to your questions.

What large expansions does the game offer?

Up to February 2019, the game received six large expansions. If you have the possibility, we recommend to buy and install them all. This will allow you to experience a large amount of new features that had been added to the game from its release.

Below we've listed all of the important data regarding achievements: 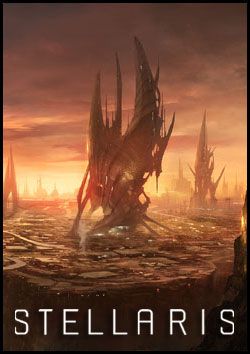 Stellaris is a real-time space strategy that allows players to freely explore the vast space filled with unique planets where all the star systems are procedurally created. The game allows the players to create their own intergalactic empire. We can choose from seven playable races, which differ in terms of ethics, appearance and unique skills.

The development of our "kingdom" relies on one of the three major technological trends: society, engineering or physics. Our choice will define the direction in which our scientists will go. In the course of the game we also have the opportunity to form alliances with other political entities and use an advanced system of diplomacy, as well as initiate wars against foreign communities.

In Stellaris players encounter various types of civilizations – friendly or eager to fight, mature and already decaying, or very young, like ours. The game features thousands of celestial bodies, and therefore the possibilities of expansion and development are enormous. This site is not associated with and/or endorsed by the Paradox Interactive or Paradox Development Studio . All logos and images are copyrighted by their respective owners.