Queen Marie Antoinette summoned Aegis to defend her against the Royal Orpheus Titan. This page of the guide to Steelrising will tell you how to defeat the boss encountered during the side quest n Memory of the Dauphin. 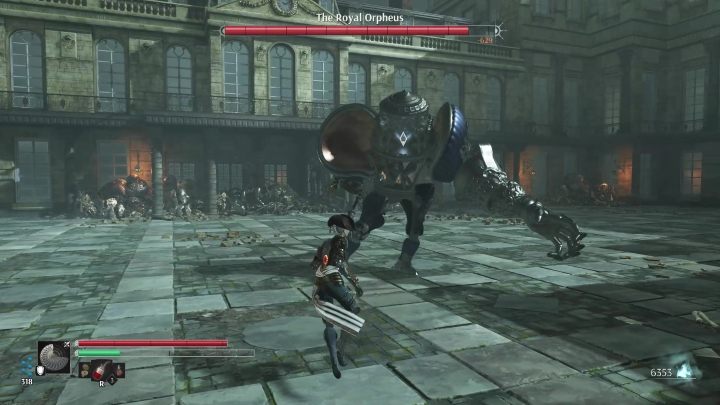 Orpheus fights with his "toy". He swings it around in a semicircle. He is able to leap towards you - in a variety of ways (from jumping to an uncoordinated lunge forward). He isn't fast, but he makes up for it by dealing heavy damage with each hit. 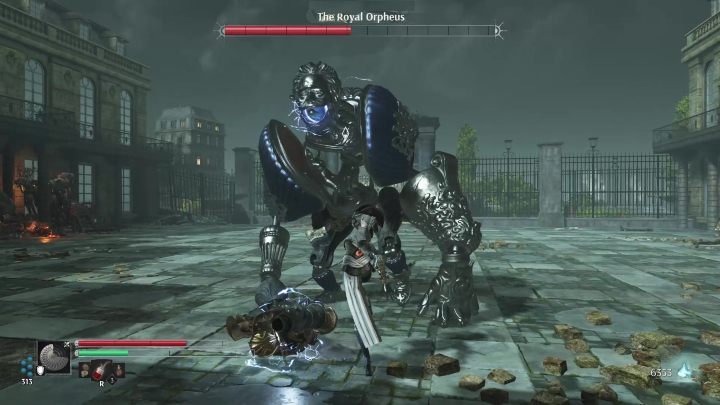 The Titan's next phase is triggered when has has about half of his health left. He then begins to use fulmination affliction. The boss can shoot lightning and electrify the ground.

This Titan seems to be very uncoordinated in its movements. He often throws himself at you. A good opportunity to attack him is when he gets up from the ground. When fighting at close range, stick to the enemy's back. In addition, fire works very well on this opponent, so all weapons that base their attacks on this element and grenades will be very useful.