You'll encounter the Unstable Ballista Ram mini-boss during The Prisoner in the Bastille quest. This page of the Steelrising guide explains how to defeat this enemy and what is it capable of. 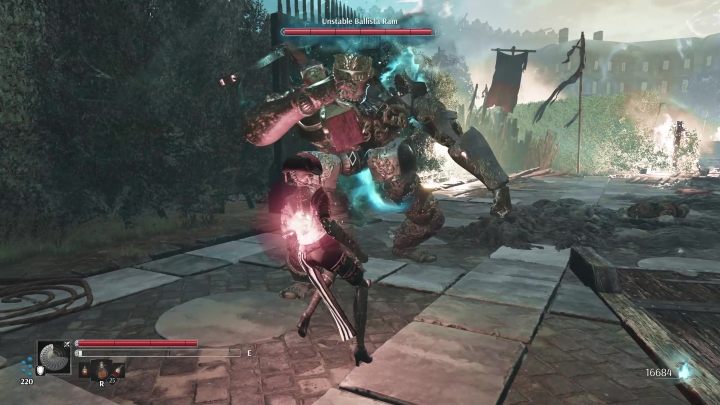 As you can guess thanks to the boss' huge crossbow, it can fire it at you. It can also attack via wide sweeps around itself. The boss can turn fairly quickly and can lunge at you with immense speed. Due to the size of its weapon, even its melee attacks have considerable range to them.

Though it may seem counterintuitive due to its huge crossbow, this boss is actually easier to fight from a distance. Its projectiles are easy to dodge, especially compared to its powerful melee attack.

Therefore we recommend keeping your distance and firing at it from ranged weapons or using grenades. You can also try to freeze it if you'd like. If you're forced into melee, try to stick to its back. You can safely attack it for a while after it lunges, as it'll need a moment to pick itself back up.