This page of the Steelrising guide contains a walkthrough of the Glory and dishonour quest. Marat suspects La Fayette of treachery. To learn the truth you must find Captain Lefevre and a letter in the Secret headquarters. 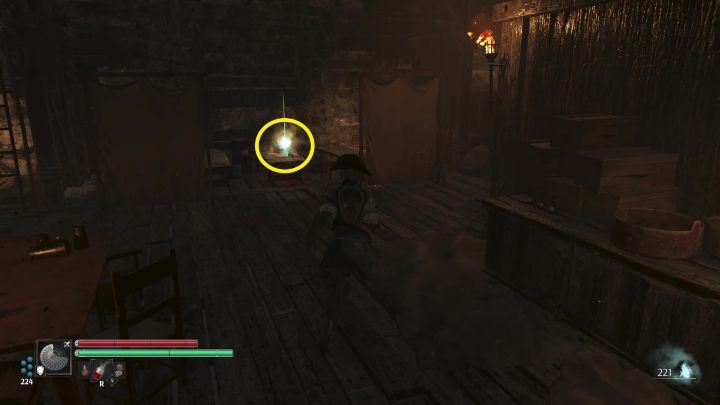 You'll begin this quest during The Recluse of the Abyss mission. Opposite Marat's room, on the bloody bed, is an object you must pick up. This initiates the quest. Talk to Marat about the bloody mattress. He'll send you out to find proof of La Fayette's treachery.

You can confront the general at the cordeliers convent. Your destination, however, is La Cite. Return to the place where you fought the Unstable Butcher during the In search of Abbe Gregoire quest (we've described how to get there on this page). 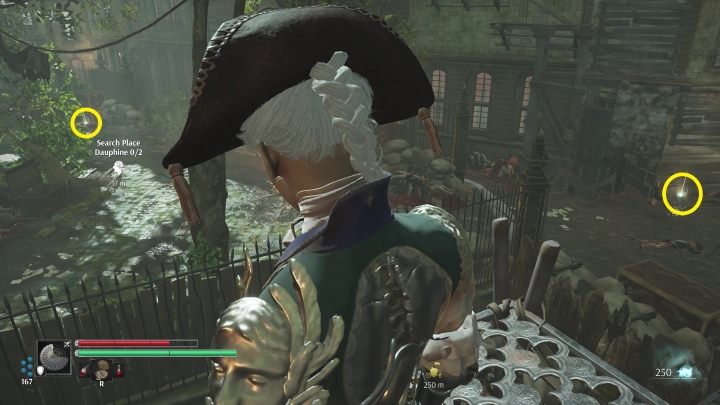 There are clues at both ends of Place Dauphine, as well as a key by the one to the right. 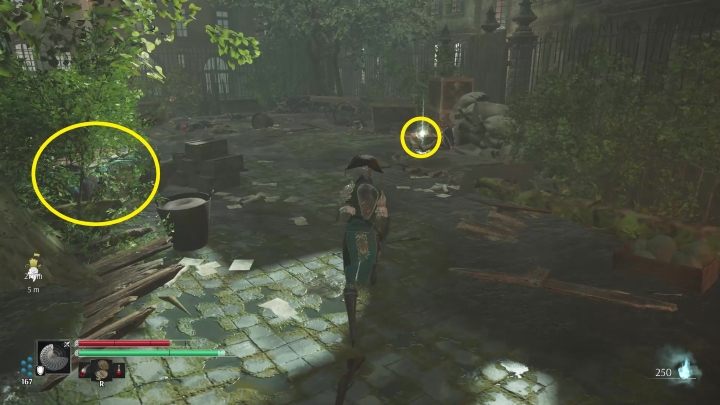 Opposite the clue to the left you'll find a chest. Open it with the key you've found. You'll find a letter with directions on where to go next.

You must now find Captain Lefevre. He's on the other side of the river. Head to the golden gate you've repaired during the In search of Abbe Gregoire quest. 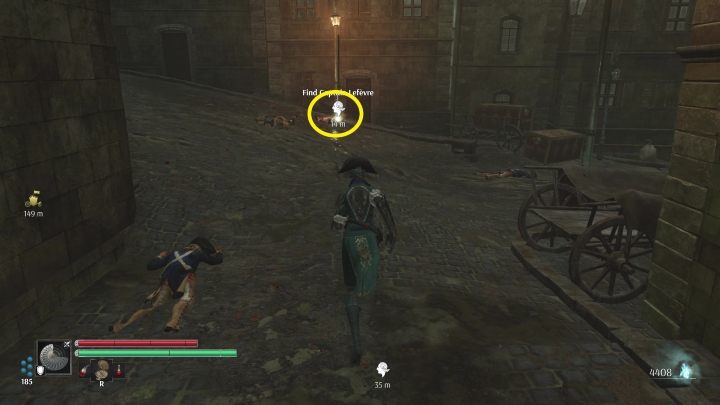 From the Vestal, go upstairs. At the top, turn right. You'll find the corpse of a soldier on the square. Interact with it to learn the secret password - YORK.

Return to the Vestal by the river (the first respawn point in front of the broken golden gate) - you've passed by her before. Go downstairs to the riverbed. 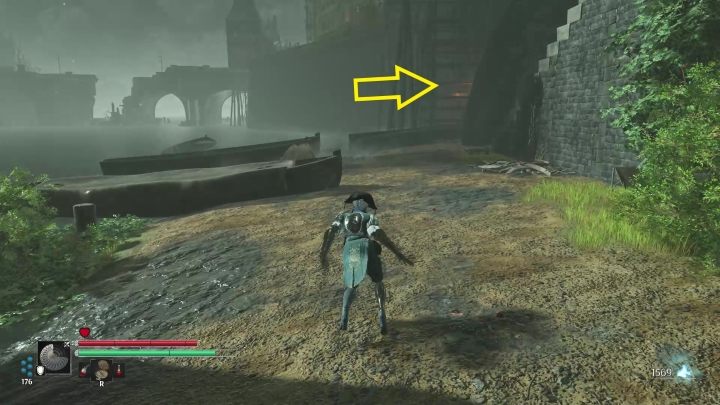 Opposite the stairs, behind the boat, is a hidden passage to the underground. Destroy the gate and enter the sewers. Turn right. The way forward is patrolled by a Lightning Ram (more about this enemy on the Rams page).

Keep going straight ahead, then go down the path to the left. You'll encounter a Harvester (more about them on the Serpents page). Go down the stairs. You'll end up in a small room guarded by a Lightning Ram. 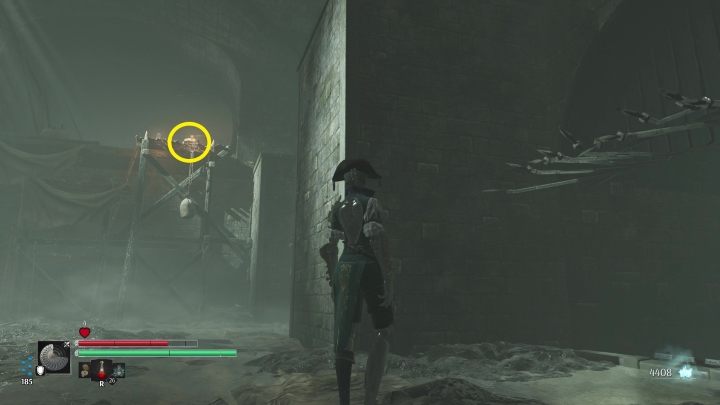 Pull yourself up to the top of the scaffolding. 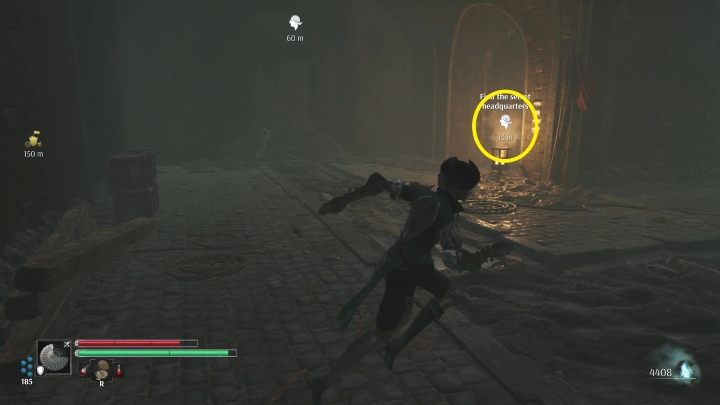 At the end of the corridor to the right is a locked gate. You can open it if you have the code from the soldier's corpse - Aegis will automatically input it. Go down the stairs. 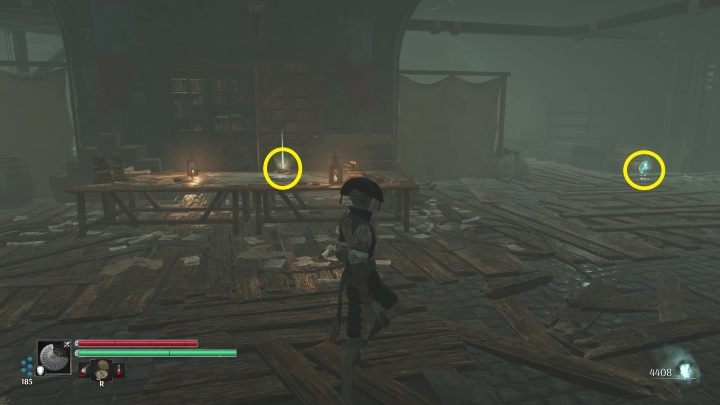 The letter you're looking for is located on a table opposite the entrance. To the right of it is a carriage token. 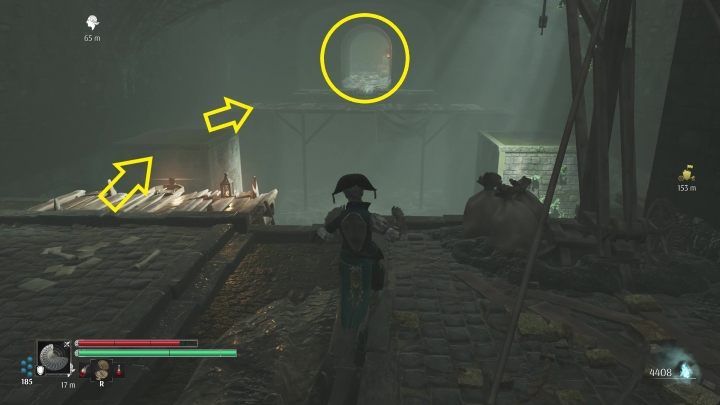 You can return to the city quicker by turning back to the main corridor and returning to the ledge you've climbed up earlier. Using The Selenite Momentum you can go up and access the other part of the hall. There you'll find an unlockable gate leading to the sewers entrance.

Return to La Fayette at the convent. You'll be given a choice. You can hand the evidence over to the general or not. After leaving the building you'll bump into Marat. Depending on your previous choice, you can lie to him or tell him what you've learned.