On this page of the Steelrising guide you can learn more about types of weapons appearing in the game as well as how to upgrade them.

There are 9 different types of weapons in Steelrising, and each of them behaves differently, allowing every player to find his poison and adjust the weapon to his own playstyle. You can carry up to 2 weapons simultaneously. 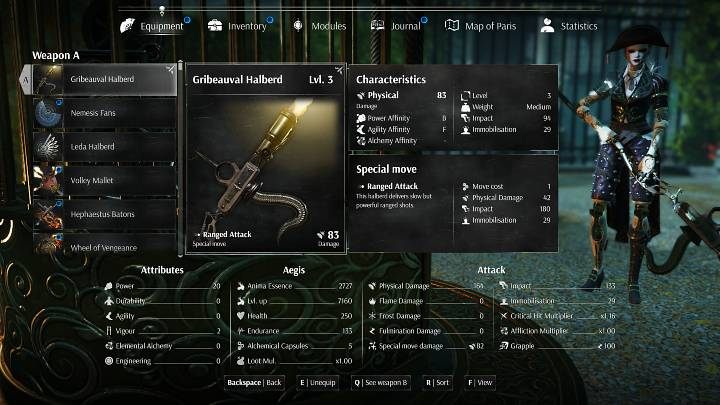 Melee players will surely find a suitable weapon in Steelrising. Heavy weapons, such as Mallets, are slow, but do tremendous damage on hit, while Fans are extremely fast and can be used to deal damage with combinations, that can stun the opponent. You can also choose an all-rounder weapon, such as Hallberd. 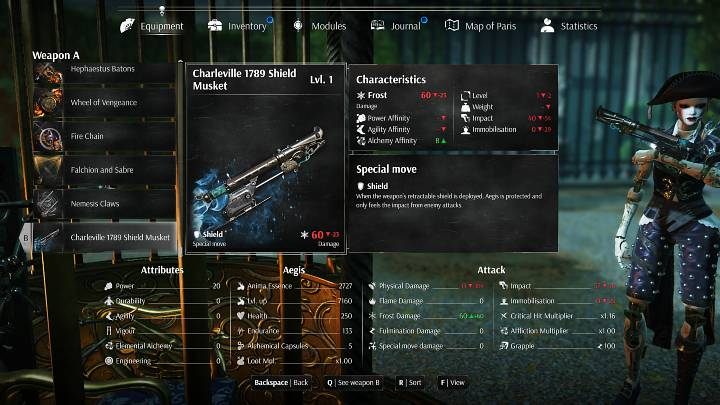 In Steelrising, you can also engage in ranged combat using various types of rifles, which often deal elemental damage and impose statuses on enemies. Interestingly, some melee weapons, like the Halberd, can also attack with projectiles, which is their special move. Note, however, that Alchemical Capsules are required to use ranged weapons. 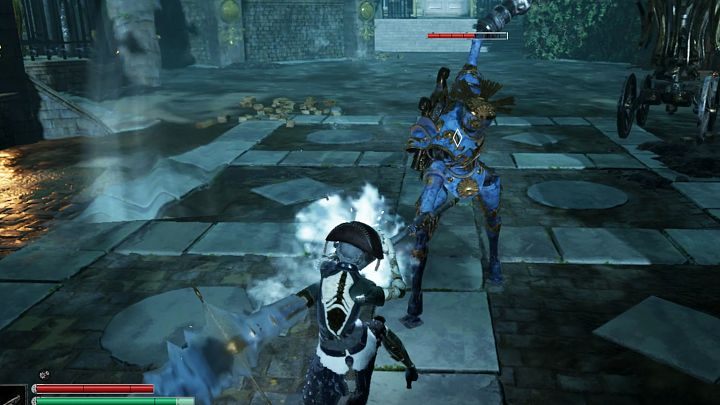 Interestingly enough, every type of weapon available in Steelrising has a special move (activated by pressing L2/LT/Q). With some, it allows to perform an extra attack, while others allow parrying. 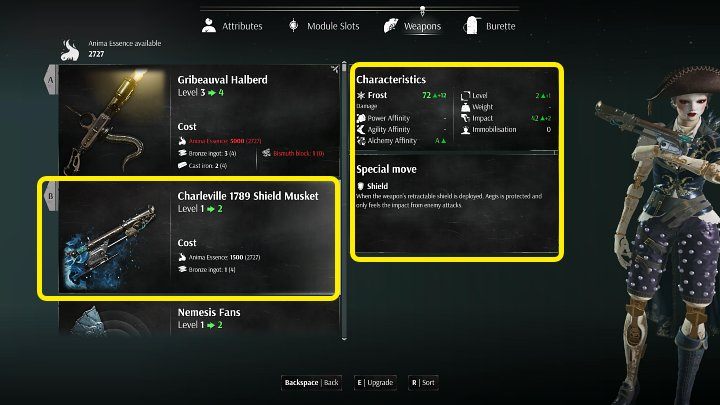 Weapons in Steelrising can be upgraded to a maximum of level 5. After getting the required amount of materials, visit Vestal or carriage menu and go to Weapons tab. Choose from the list of available weapons the one you want to upgrade and confirm your choice.