The Treasurer of Les Invalides Titan is one of the strongest opponents in the game. On this page of the Steelrising guide, you will learn all about this boss. You will learn how to defeat him and learn about his attacks. 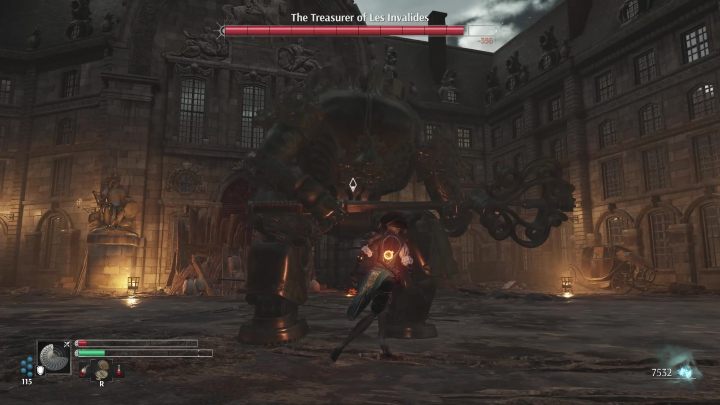 In phase I, the Treasurer fights with his key. In addition, he can use it on himself. This summons gargoyles that target the player and hit them while exploding and dealing electrical damage.

The 2nd phase of the boss begins when it loses about 4 health bars. Then he gets charged with electricity. He launches himself into the air (using his "backpack" like a thruster) and flies in your direction. In addition, he hits the ground with the key, inflicting extra electrical damage in front of him. 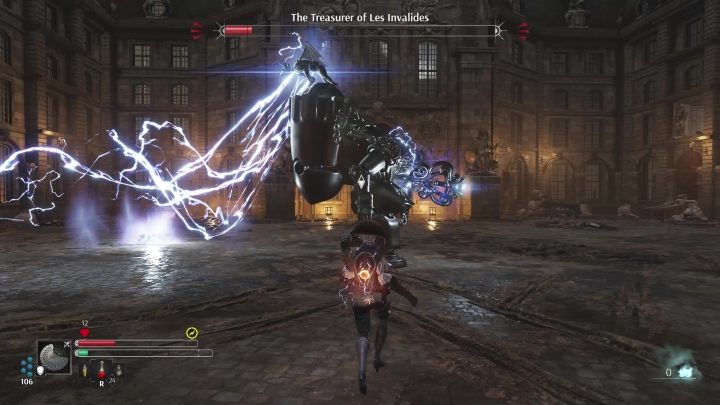 On the surface, the 2nd and 3rd phases are no different. However, as the Treasurer is close to dying, he begins to use new attacks. A gargoyle emerges from his tower and shoots a large part of the arena around him with electricity. In addition, the enemy hits the ground and sends waves of electricity towards you.

Given the nature of the boss's power, it is worth drinking an insulation elixir before (and during) the fight. Freezing works well on the enemy, and fire works even better.

When you see Gargoyles flying towards you, run away as fast as you can. They destroy themselves on contact with the ground. In phase 3, if you see a gargoyle on the Treasurer's tower, hide at the edge of the arena and wait.

You have many chances to attack the boss. The moment when the boss uses the key on himself is perfect. Also, after he leaps towards you, he has to get up - this is when the boss is vulnerable.