The Bishop of the Cite Titan is a strong opponent who is partially immune to damage. On this page of the Steelrising guide you will learn how to defeat this boss. 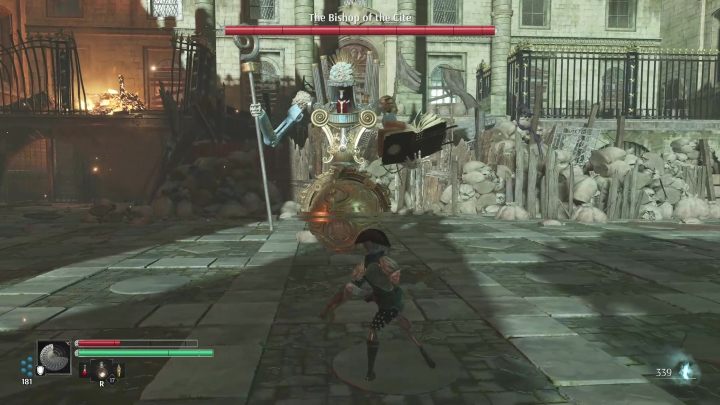 In Phase I, the Bishop focuses mainly on attacking with his staff. You can expect arched sweeping attacks, as well as ground pounds.

This phase of the boss battle begins when he loses around 2 health bars. In addition to staff attacks, the opponent will also start using his bible. He can throw it at you - when it manages to catch you, you'll be dragged back to him. This attack deals huge amounts of health, so it often ends in death if you've been hit before. In addition, he can activate spinning blades and follow you on the battlefield, hurting you if you get close. 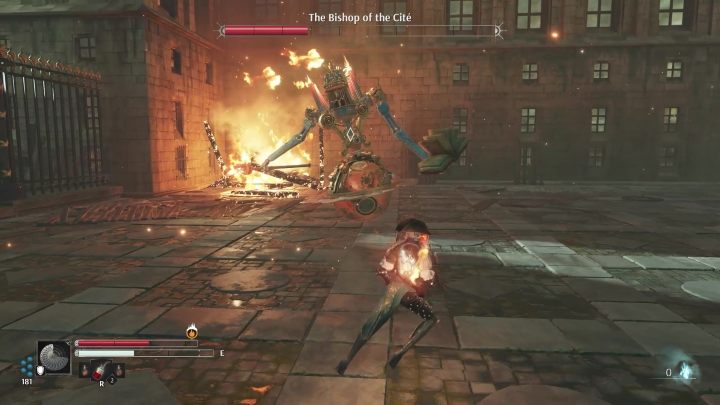 If the opponent's life drops to about 3 bars he will start to move around the area with a fiery trail behind him. . . Moreover, there are spinning blades around him that deal damage when struck. 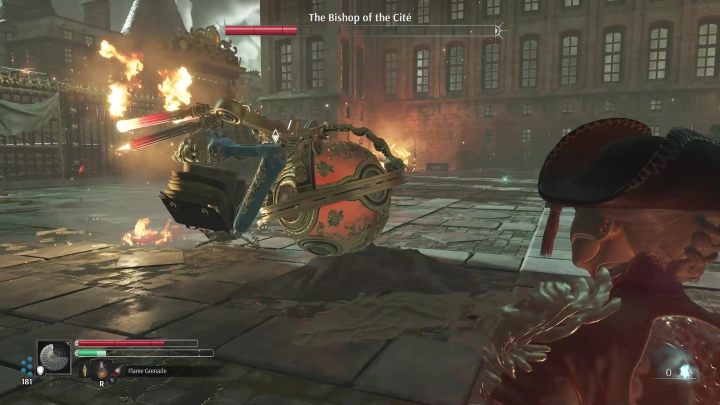 If the Titan is standing, your attacks do not make a dent. Therefore, avoid his attacks for now and wait for a moment when he lies down. Once that happens, you can safely approach him and deal damage. Interestingly enough, you can employ grenades, as they deal damage even when the boss is standing.

It would be a good idea to stun the opponent. For example, you can freeze him (although this is not easy) However, if you succeed, you will have the opportunity to deal damage safely. Attacking with light weapons and generating paralysis will also work.

When the enemy reaches its 3rd phase, the best idea is to use a Flame Resistance Vial, as it will significantly lower the damage from the fiery trail.