The game features a few major bosses wielding great powers. Fights with them are divided into several phases. On this page of the guide to Steelrising, you will learn about one of them - The Selenite of the Louvre Titan. 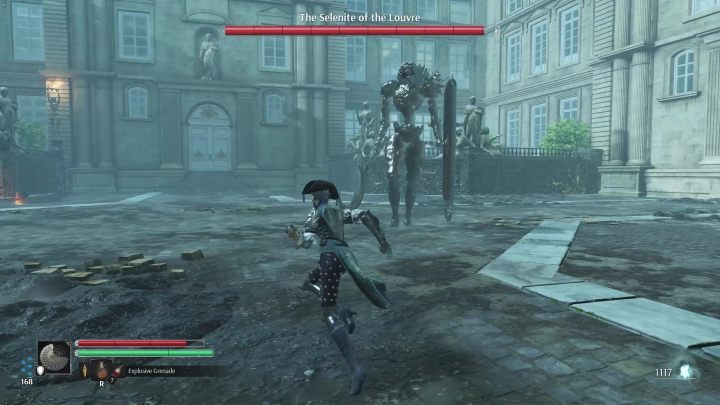 This opponent is armed with a sickle and a shield. It can instantly attack the heroine from any corner of the arena. In addition, it uses a combination of a single forward attack and a spin. The boss also shoots lightning bolts at short distances. It can perform sweeping attacks with its sickle and shield.

This phase starts when the boss loses about 2 health bars. It then ignites the shield, which allows the boss to deal fire damage. Selenite then becomes much more mobile.

It often dodges backward and immediately follows up with lightning-fast forward attacks. In addition, it can release a series of electric projectiles shot in an arc.

On top of that, it can leap into the air and hit the ground with its shield while dealing fire damage over an area. 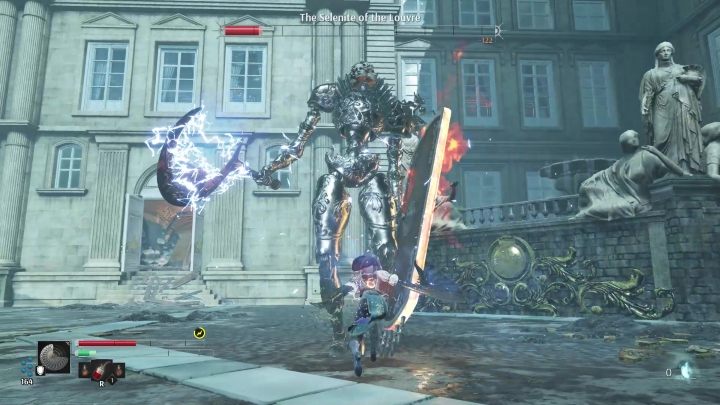 If the opponent's life drops to about 3 bars, it will imbue its the sickle with electrical power.

The enemy's attacks remain more or less the same in phase 3. It still shoots electricity (although now it can walk while doing so), jumps high and hits the ground (but this time it also swings the electric sickle dealing extra damage), and charges with its flaming shield forward with lightning speed.

In addition, Selenite also launches at Aegis, dealing considerable damage. However, the boss will fall to the ground. It takes some time to get up.

Stick to the robot's back or its right side (the one without the shield), to attack it. Selenite is turning quite slowly.

Attack the boss from a safe place when it attacks. The boss is particularly vulnerable in phase 3, when it falls to the ground. 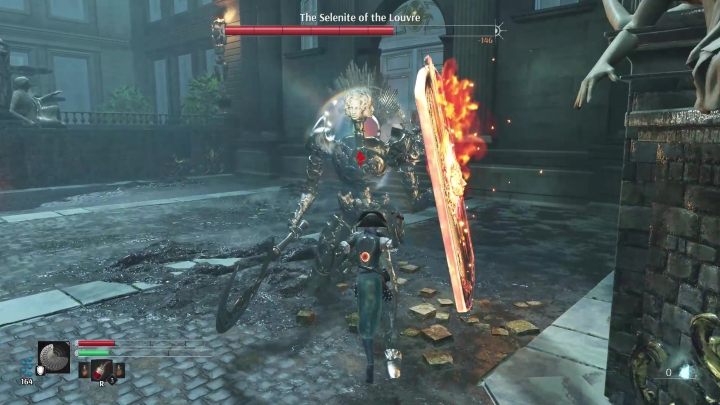 It is a good idea to stun the opponent. When fighting with light weapons, you can do this by attacking and filling up the bar represented by the rhombus. The alternative is to freeze it. This will give you extra chances to attack.

Eventually, an adequate number of explosive grenades will also get the job done. The opponent is susceptible to them.