Our guide to Steel Division 2 is a collection of valuable gameplay, tips, tactics, information about the types of units and divisions, as well as many other useful suggestions. Steel Division is an RTS that is strongly based on the mechanics of Dynamic Strategic Campaigns. Each unit has a control zone, which moves the front lines and increases the controlled territory. To win, you need to have more strategic points under your control than the enemy. The key is the proper use of troops to control the battlefield.

Unlike many classic RTS games, in Steel Division 2, you don't build a base nor recruit units. Before a battle starts, you replenish your battlegroup. During the game, you call for reinforcements which costs special points. In this game, much attention is paid to the wise management of troops, cooperation between different types of units (the tanks alone won't win a battle) and a strategic approach to the situation on the map. The side that controls the most strategic points on the map wins faster.

What can you find in our Steel Division 2 guide?

Steel Division 2 is not a typical representative of the RTS game genre. There are a few novelties and mechanics that you should first familiarize yourself with. In this chapter you will find a lot of information about best ways to manage your battlegroup and win every battle. At first you have to avoid simple mistakes, which in SD 2 are very harmful, like sending tanks without recon, or transporting infantry in trucks near enemy units.

In these chapters you will learn more about fronts, the unique mechanics in Steel Division 2. This is the dynamic boundary between factions. Units in enemy territory fight worse and are easier targets. You can encircle the enemy and cut him off from the reinforcements. This makes it easier to destroy your opponent, but remember that it works both ways.

Strategic points are important places on the map for strategic reasons - victory depends on your control of such points. If your army has control of such a point, the closer you are to winning. A map usually has many such "flags" that need to be taken over. You don't have to take all the points. All you have to do is get more of them than the enemy. A special clock measures time - the longer you have fewer strategic points, the faster you will lose.

This chapter provides basic knowledge about suppressing enemy morale and in what situations individuals can surrender. Your troops can often withstand enemy fire, but their morale can get much worse. In such a situation, the unit becomes less effective and even incapable of fighting if it is under pressure. Additionally, if such a unit is close to enemy units and stands in enemy territory, it can surrender and be excluded from the game. This is an effective tactic against difficult to defeat units such as the Tiger or IS-2.

In addition to statistics such as armor and the number of soldiers, each unit has its own level of experience. It is a fixed value and units cannot gain experience during missions. However, leaders are special individuals who can increase the level of experience of their companions as long as they are within reach. In this chapter you will learn more about the bonuses resulting from the experience of troops and leaders.

There are many skills and units in the game. Artillery can coordinate its fire if it has a radio and there is an observer unit with a radio near the target. In this way, fire from afar will be accurate and effective.

Destruction of tanks and vehicles

Armored units are a difficult type of opponent. They not only have good and universal weapons, but they also have thick armor, which means that many units can't threaten them in any way. Destroying these units as well as defending your army against the enemy is very important. In this chapter you will learn more about this topic.

Steel Division 2 has a large number of units. Each of them has been assigned to the appropriate category. Every category has its main feature or role to play, e.g. infantry occupies terrain, artillery "crushes" enemy units, reconnaissance detects enemies and planes can play many different roles, but do not affect the front. Learn about each category and type of unit to fully understand their purpose and use their utility advantages on the battlefield.

In the relevant chapters, some of the divisions of each faction have been described. Each division has its own strengths and weaknesses. Every division uses different types of troops. Here you will find brief descriptions of these battle groups, their advantages, disadvantages and units that stand out the most. 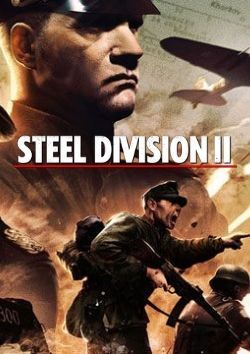 A continuation of Steel Division: Normandy 44 - war strategy published in 2017. As in the case of its predecessor, the game takes place during World War II, but this time the players are thrown on the infamous eastern front.

Steel Division 2 is a war strategy set in the World War II. The game is a direct sequel to the Steel Division: Normandy 44, released in 2017, which allowed players to fight in Normandy in 1944. Both games were developed by Eugen Systems, the developers of Wargame series and titles such as R.U.S.E. and Act of Aggression.

Steel Division 2 takes place on the eastern front of the World War II and gives players a chance to participate in Operation Bagration which took place in 1944 - it was a massive Soviet counter-attack, in which the Polish army also participated. It lasted several weeks and stopped on the right shore of the Vistula river, near Warsaw - at that time, the citizens of that city were fighitng in the uprising. The game offers hundreds of hours of fun in single and multi-player modes.

The most important and completely new element present in Steel Division 2 is a dynamic single player war campaign in which we command the entire army on huge maps with a maximum size of 150 by 100 kilometres. In turn-based mode, which takes place on the on the general map of a battlefield (one turn is half a day during the game), we manage units, take care of supply lines and prepare a strategy. In real time, we participate in direct fights with the opponent. Due to the scale of the campaign and the dynamics of the battles, replaying the same missions will often require fresh approach, vigilance and flexibility.

The multiplayer mode offers 10v10 clashes, as well as the option to cooperate with others. There are 25 maps and many variants of skirmishes for those willing to play matches with other players.

An unquestionable advantage of Steel Division 2 is its historical authenticity. The models of equipment and soldiers who fought on the eastern front were prepared with great attention to details. The developers had the same approach to the projects of the environment and the AI of the units.