If road to Atzeri is open and you have large fleet, you can start next mission. Main task is to capture smuggler who has some very important information. His ship is being chased by strong imperial force. Don't be afraid though - enemy will concentrate on capturing the smuggler, and won't come after you. 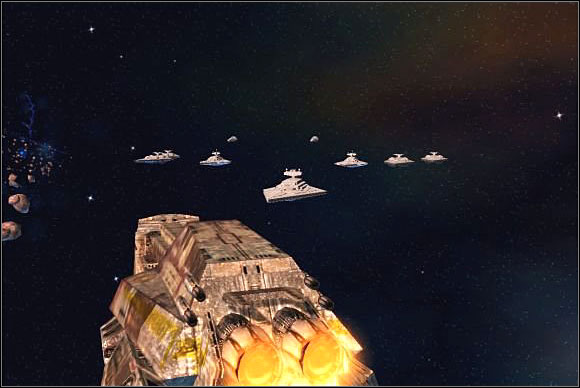 Attack enemy ships as fast, as you can. Help yourself with Marauder barrage. Remember to blow up shields, engines and hangars first. If you win, go after the pirate. Shot him until he stops moving, then use Sundered Heart to retrieve the data. Now you will only have to destroy group of Interdictor cruisers and leave the system.

Corellia becomes active now and you are notified about troubles of Han Solo. You should be able to build assault frigates by now, so add them to your fleet and head for next task.