Time to enter the Atlas system. Our guide for Starlink: Battle for Atlas contains a full set of information that will help you fight with the Legion and learn Atlas' secrets. The guide has been divided into two parts. The first part contains descriptions of all the gameplay mechanics as well as questions regarding the game. Here, you can learn about exploration of the available planets as well as the combat mechanics. You can also check how to use the figurines that are part of the game.

The second part focuses on the planets available in the Atlas system. Here, you can see which locations can be discovered on a given planet. This part also contains solutions to puzzles that can be encountered in certain places.

Starlink: Battle for Atlas was developed by Ubisoft. The game is set in the Atlas system. Your task is to defeat the Legion led by Grax. The distinguishing feature of this game is the use of figurines - connect them to the special controller and your vehicles and pilots will appear in the game.

Color markings used in this guide

The guide for Starlink: Battle for Atlas uses the following color markings:

Starting a game isn't always easy. The goal of the following tips is to help you get a better start and to learn more about the Atlas system.

In this part you will find all the information regarding the gameplay mechanics. Here, you can learn, i.e. how to discover new species or how to modify your equipment:

This chapter is devoted to combat, the main aspect of gameplay in Starlink. From here you will learn, among other things, how to choose ships and what kind of damage you will be able to inflict.

Here, you can learn about all the planets found in the Atlas system, i.e. their fauna and flora as well as places that can be discovered.

About Starlink Battle for Atlas Guide 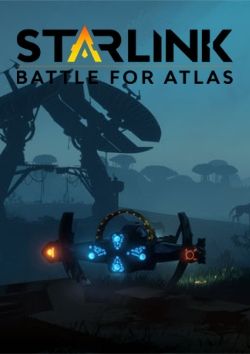 The game takes place in the distant Atlas planetary system, which is filled with alien worlds. This part of the galaxy is on the brink of destruction due to the invasion of the machines known as the Forgotten Legion. Our job is to stop the machines and defeat their leader, Grax.

Starlink: Battle for Atlas for SWITCH, XONE and PS4 is an action game where we control our own, self-made space ship. We use it to fight not only in space, but also in the high atmosphere of many planets.

The games world is open and dynamic and changes under the influence of both the player and the Forgotten Legions (A.I.) decisions. If we do not pay enough attention to whats going on, the machines will quickly take over the entire system.

What makes Starlink: Battle for Atlas a unique game is the fact that it is integrated with physical spaceship models that are sold separately. Here, the system is a bit more complicated than in other similar productions. Spaceship models are modular, which allows us to manually change their parts and pilots. These changes are instantly realized in the virtual world so the game combines the virtual and actual realities.

Starlink: Battle for Atlas offers many various missions during which we have complete tactical freedom. It encourages us to experiment with models configurations in order to create spaceships suitable for all kinds of tasks.

Starlink: Battle for Atlas for SWITCH, XONE and PS4 uses Snowdrop game engine (the same as The Division), making its visuals really attractive and easy on the eyes.