StarCraft II: Heart of the Swarm Game Guide by gamepressure.com 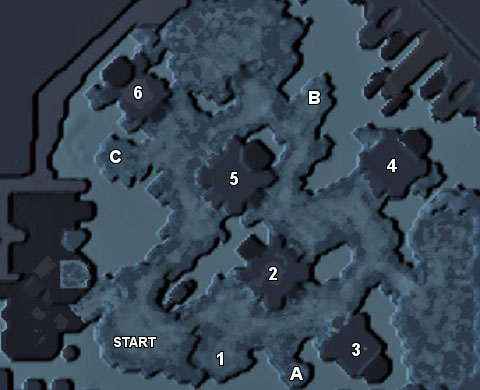 Destroy the Protos base

Reward for the completion of the primary objectives:

Reward for the completion of the secondary objectives: 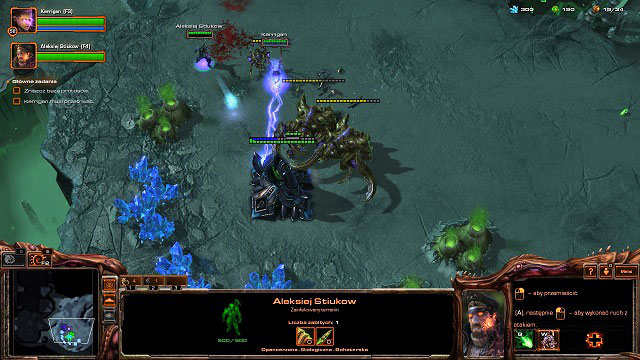 Before you start, you should choose from Kerrigan's special abilities. I recommend that you pick the same ones as used for the previous mission - passive abilities will be especially useful here.

You start the mission with a small force of zergs and two characters: Kerrigan and Stukov. Set out directly to the Protos base - it is poorly guarded and the additional abilities that the characters are equipped with, will allow you to raze it to the ground in no time at all. 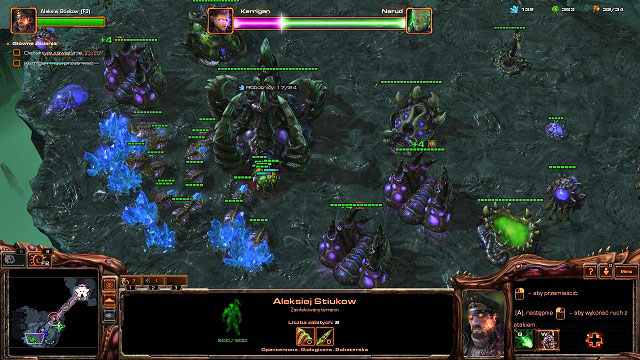 After you seize the bridgehead Narud will attack Kerrigan - you will be only able to control Stukov for now. You start the game by creating drones and building two extractors. Your basic unit now are roaches now, reinforced by hydralisks and ultralisks. That is why you need to mutate at least two evolution chambers, a colony of roaches and a hydralisk cavern. 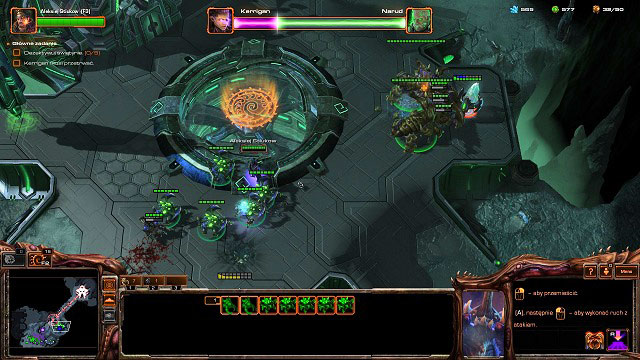 Since time is of essence here, you will only have to go to the temple [2] with only 2 ultralisks at your disposal. On your way there, you can rid the mineral field of the Protos presence and send here a drone as quickly as possible, to start a new hatchery. Go to the temple straight away [2], get rid of the enemy forces and position Stukov on the control point. You will have to repel the incoming enemy forces - fortunately enough, your character can still make use of his abilities. I recommend that you retreat with your forces towards Stukov, so he can hit the hybrid with his corrosive spray. 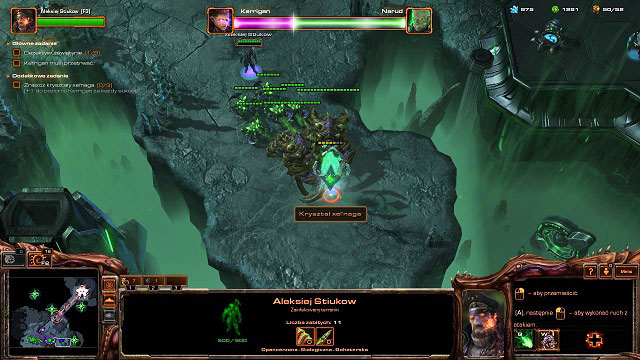 You should now return to the base and increase your army. On your way there, you can also destroy several xel' naga crystals, which will increase Kerrigan's experience level by one. To the force of 2 ultralisks and five roaches, you should now add another 7 roaches and 8 hydralisks. You also should remember about improving on their offensive and defensive capabilities, as well as leaving some units at the base for defense (8 hydralisks and 8 roaches should be enough). 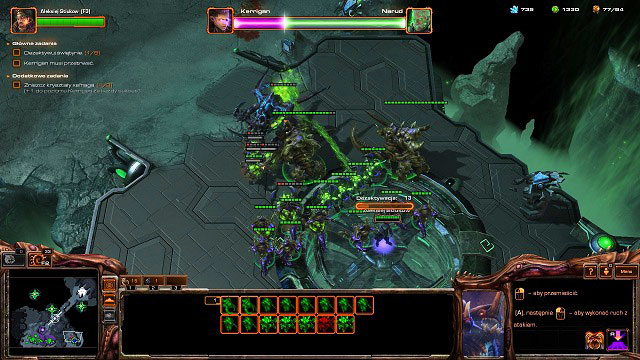 As soon as you are ready, you can set out for the next xel' naga temple [3]. What you do here is basically the same as in the case of the previous one: you eliminate the Protos forces , position Stukov on the control point and protect him for as long as he deactivates the building. After you wait for a while ,, until your units regain health, you can launch an assault on [4]. Again, you will be up for some resistance here, but your units will eventually handle the enemy. You will be attacked by two hybrids at once - it is a perfect moment for you to obtain the The Phantoms Menaced achievement. All you have to do is keep using the corrosive splash against the enemy, and attack them with the remaining forces. 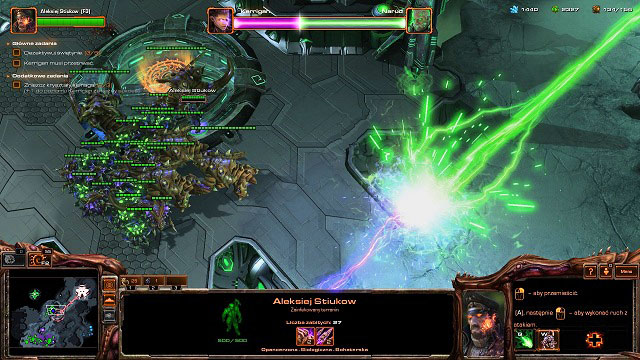 It is also a good idea to start producing ultralisks around now - all in all, you should have 5 of them in your army. You should also improve on zerg talons - this will increase the damage dealt to the enemy by your biggest creatures. It is time now for you to move your forces to [5]. On your way, you can destroy the northern xel'naga crystal [B]. The temple is very easy to seize and you should be able to deactivate it very soon. Again, you will be attacked by two hybrids, but the encounter should not be damaging to your forces. 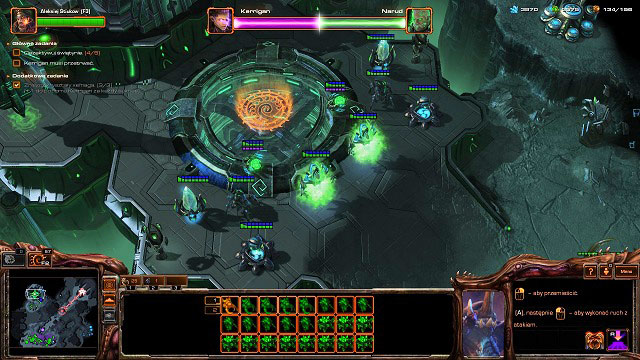 After you replenish the units, (you should pay attention especially to your hydralisks) you can destroy the last remaining xel'naga crystal [C], and go for the temple. This one is the best guarded of all, and additionally, you will be attacked by three hybrids after you deactivate it. Still, thanks to the mixture of hydralisks, roaches and ultralisks at your disposal, you can raze every Protos to the ground. After you deactivate the temple, the mission will end in a success.