This unofficial guide for Star Wars: Battlefront II contains a set of tips and advice for the multiplayer modes. You should check out the following chapters first:

You are new to the game and don't know which class to choose? You want to know which abilities and cards are useful and what items you can unlock? Check out these chapters:

In this chapter you can learn about support classes, vehicles and heroes from both Light and Dark side. Check their strong and weak points. These heroes and support classes appear in various game modes. Land vehicles are available only in Galactic Assault mode. Certain flying vehicles can only be used in Starfighter Assault mode.

The game features 6 independent multiplayer game modes as well as a single player campaign. Here, you can find descriptions of all modes as well as tips and advice that you can follow to gain advantage over other players. Check out the description for Starfighter Assault mode where you can learn about its unique elements. 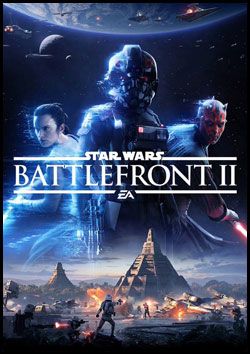 Star Wars: Battlefront II is a sequel to the 2015 multiplayer FPS game and the fourth game in the cult series that was started eleven years earlier by Pandemic. Unlike the previous game, Battlefront II offers both a complex multiplayer mode and a single player campaign set right after the destruction of the second Death Star. Iden Versio, the game's protagonist and the leader of the Empire's special forces, is given the task of avenging the Emperor.

Different studios developed different parts of the game. The single player campaign was created by studio Motive, lead by Jade Raymond. Space battles were created by Criterion, and the multiplayer mode, key element of the game, was developed by DICE. Up to forty players can take part in online battles and play one of the four available classes.

Additionally, we can customize characters, vehicles, and gadgets. It is worth mentioning that the game presents more than the original trilogy (episodes IV-VI). We will meet, and play as, heroes from different eras of the Star Wars universe, like Rey and Kylo Ren from The Force Awakens or Darth Maul from The Phantom Menace.

Fonts in console games are definitely too small!

Although we play on bigger and bigger screens and wireless gamepads work even from a distance of a dozen meters, we still have to sit with our noses in TVs in order to be able to enjoy the latest titles comfortably.

Pandoras boxes - how many times do we have to pay for a single game?

Paid loot crates with randomized content in full-price titles are old news by now. The problem begins when we take a look at whats in them and the companies willingness to exploit our penchant for gambling. Is this just another way to make us pay more?