On this page of our guide to Star Wars Jedi: Fallen Order we have prepared a walkthrough of return to the planet Bogano in the last sixth chapter of the campaign. The purpose of this visit is to open the Vault of Sanctuary. The main character will encounter Second Sister in this location. The confrontation turns out to be quite short. Once again, Cal won't be able to defeat one of his main enemies.

Arriving at the Vault on Bogano 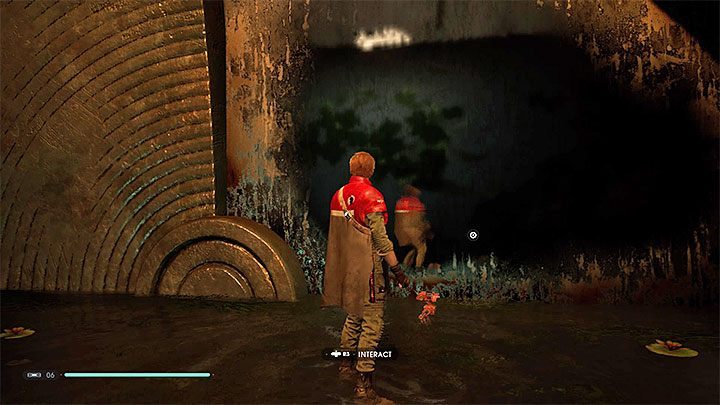 Once you get on board of the Mantis spaceship, use the galaxy map to plan your flight to Bogano planet. Once again, you have to travel to the Vault-Sanctuary, which is a large vertical structure constructed on a hill.

You can select any path towards the Vault. The shortest path leads through the Abandoned Workshop area (if you have previously unlocked the shortcut there). Climb up the hill and use the meditation point. Get inside and head to the central circle in the ground. You have to press the interaction button when you stand in the spot. Then approach a large mirror (check out the above screenshot) and touch it. 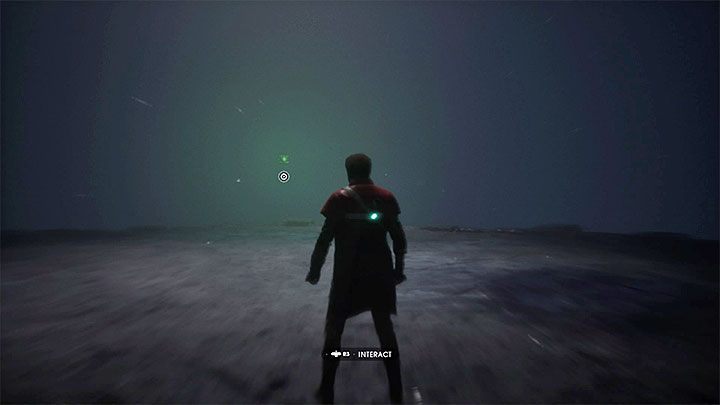 A barely interactive cutscene will launch, during which you have to overcome a temptation of turning to the dark side of the Force. Follow the linear path. In each new area a short cutscene will be displayed - you have to watch them entirely to continue your journey. You will reach the place where Zeffo Sage is staying. Listen to his full speech. Interact with the levitating holocron.

Watch another scene and continue your linear journey, which involves climbing up the wall. Watch new cutscenes along the way and reach the holocron again. Watch the cutscene with Trilla and walk through the corridors. When you find yourself in complete darkness, light up the area with your lightsaber. Get to the mirror. When you touch it, you will return to the Vault on Bogano. 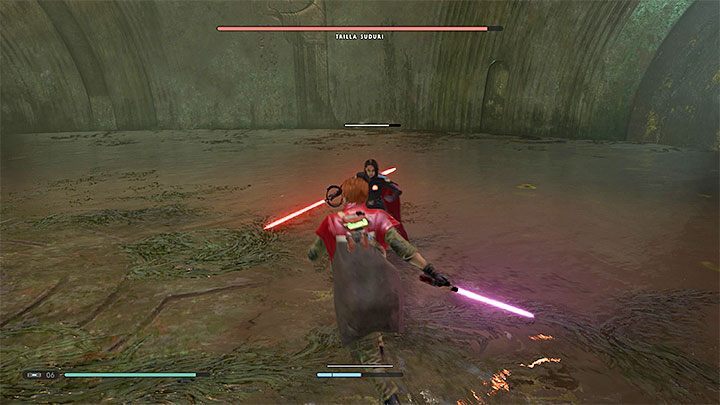 In the central part of the room you will notice a levitating holocron. Any attempt to taking it away will lead to sudden arrival of Trilla. You will have to fight with her. This is not a fully-fledged boss fight despite the fact that a typical boss health bar will appear above Second Sister's head.

During the duel with Trilla it's worth to try hard anyway. This way, you can learn more about some of her attacks. It will make it easier for you to defeat her in the final duel, which takes places just in a few dozen minutes. Trilla uses a double-bladed lightsaber. Seek an opportunity to hit your enemy as soon as she has completed a sequence of lightsaber strikes. But watch out for red attacks - you can avoid them or stop them by activating the Force Push. Force Push is also a great way to exhaust her stamina bar. 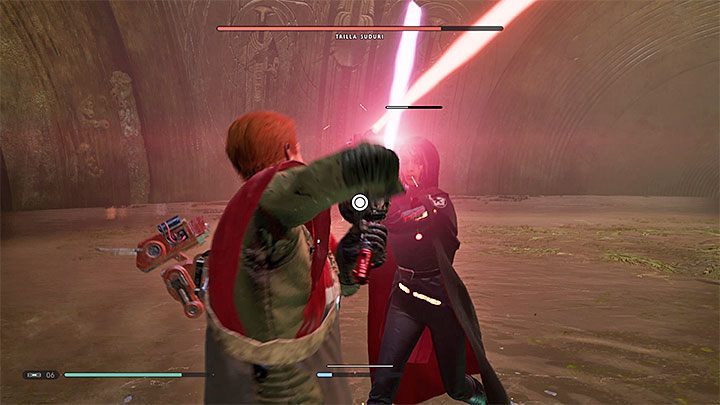 Battle will end quite quickly, more or less after after Second Sister loses 25% of her health bar. A cutscene with lightsaber clash will activate (a sequence where you wrestle with Second Sister by using your lightsabers) - you have to press the button indicated by the game. Trilla will manage to steal the holocron and escape with it.

Return to the Mantis spaceship 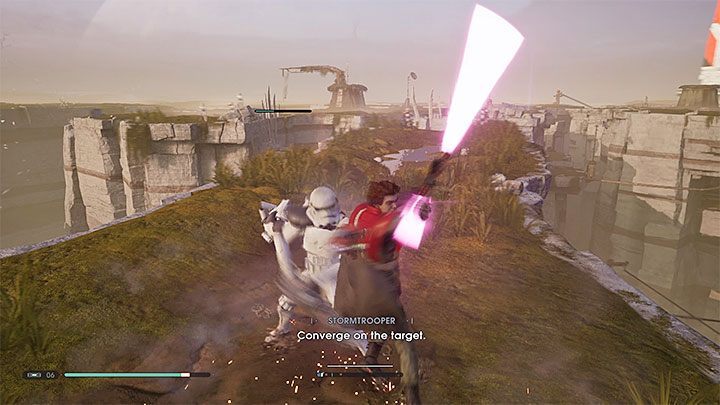 You have to go back to your spacecraft. After leaving the main hall of the Vault it is worth to use the meditation point. Expect to encounter various groups of Stormtroopers on your way. The first battle can also be joined by Oggdo the toad and it is worth letting the monster to kill some enemies.

All battles are optional and if you don't want to fight with your enemies then you can focus only on your journey to the landing site. During the battles, remember to pay special attention to distant enemy units, especially to enemy commanders.