This page of the guide to Star Wars Jedi: Fallen Order has a strategy for the fight with one of the optional bosses - Nydak Alpha. This is a big monster living on Dathomir. The opportunity to eliminate it appears in the fifth chapter. Our walkthrough explains where to find the boss, what attacks it has and how to kill it. 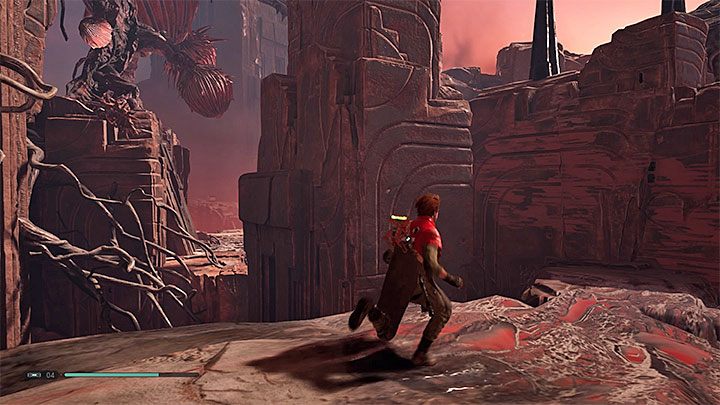 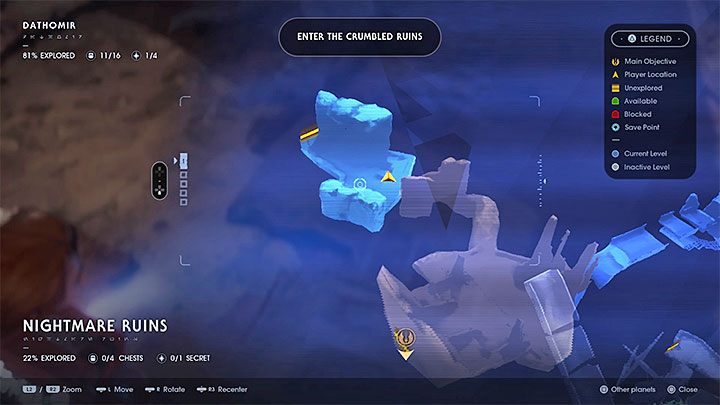 Nydak Alpha's lair is on Dathomir - to the right of the entrance to the Tomb of Kujet. Cal can get to the tomb's entrance after he gets climbing claws in chapter 5, that is, after dealing with one of the main bosses - Gorgara.

Go to the right of the Tomb of Kujet to reach the walls shown in the picture - you can run on them. You will land on the arena where the fight with Nydak Alpha will begin. 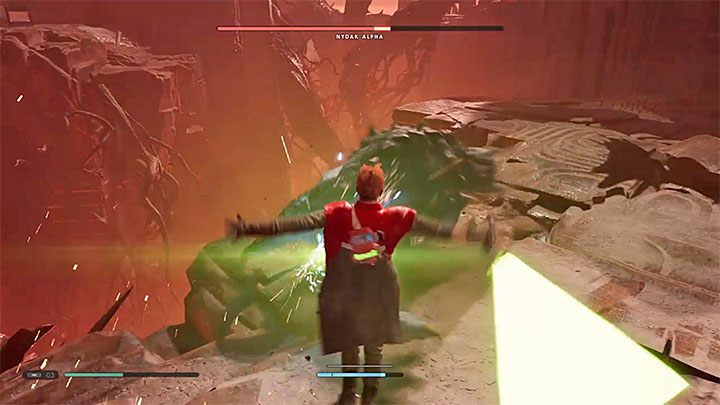 Nydak Alpha is a stronger version of regular Nydaks you may have encountered earlier while exploring Dathomir. You have to perfectly dodge all attacks, even the normal ones because they deal much more damage.

The general tactic is very similar to those used against standard Nydaks - look for an opportunity to use Force Slow and attack the boss after dodging/blocking/parrying its attacks. 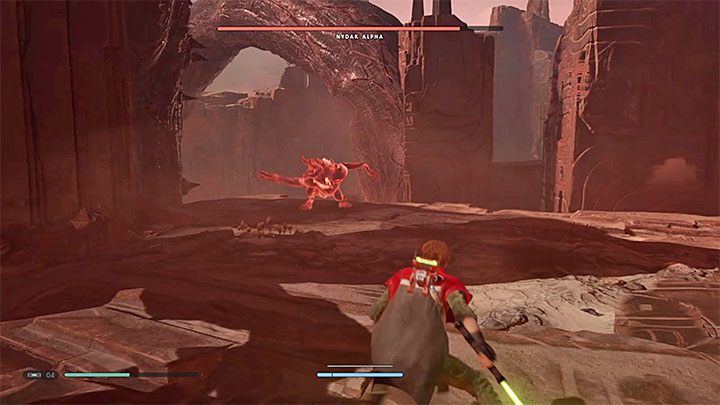 Nydak Alpha also has red attacks - it can jump towards the main character or slam the ground. Jump at the right moment to avoid damage. Any dodged red attack is an ideal opportunity to counterattack.

If you get injured, run away from the boss before you ask BD-1 for treatment - Nydak Alpha can quickly approach you.