This page of our guide to Star Wars Jedi Fallen Order describes the second encounter with the Crusher Hagop bounty hunter boss. The second encounter have a form of arena battles which happen after the hero gets caught in Chapter 4. Out detailed walkthrough of this battles describes all challenges in which Cal must participate. The duel with the boss is launched in the final part of arena battles. 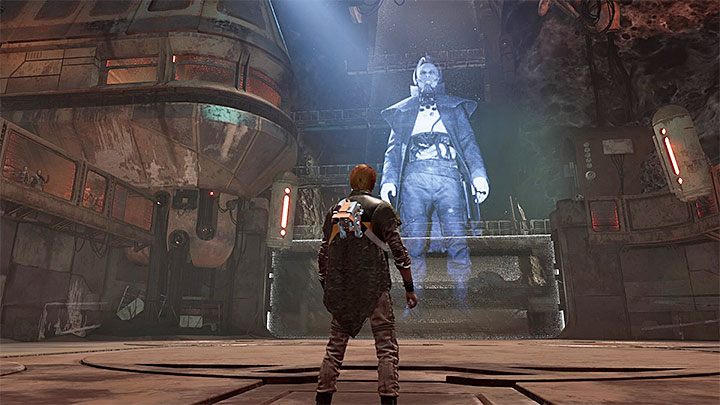 The second encounter with Crusher Hagop will be part of the arena battles in Chapter 4. Cal will be forced to participate in the battles after he gets captured on the order of Sorca Tormo. The battle in the arena will begin shortly after your prison break. Furthermore, you will have to free BD-1 that also got imprisoned.

Just before you enter the arena, you will find a meditation point - use it at all costs. Cal must kill and defeat all opponents in the arena without being able to return to the meditation point. 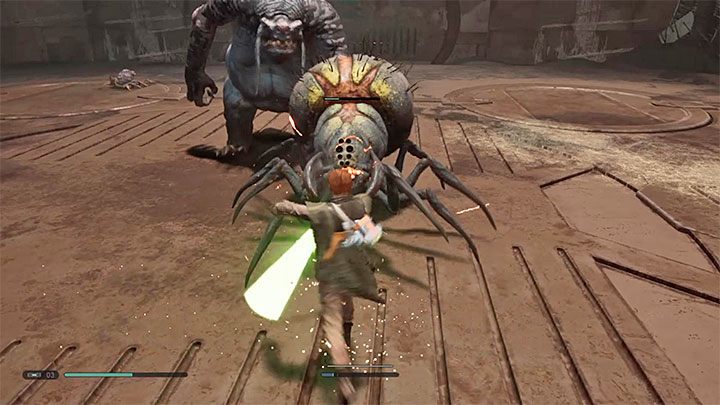 In the first part of the battle, Cal has to face smaller and bigger monsters. Start by eliminating weak creatures first, and then face the larger ones. If you have to defeat more than one big monster, focus (and lock the camera) on only one of them. This will reduce the risk of getting damaged by a monster that attacked you from the side or behind.

Try not to waste too much health and save BD-1's healing charges for later. You will need stims in the later phase. 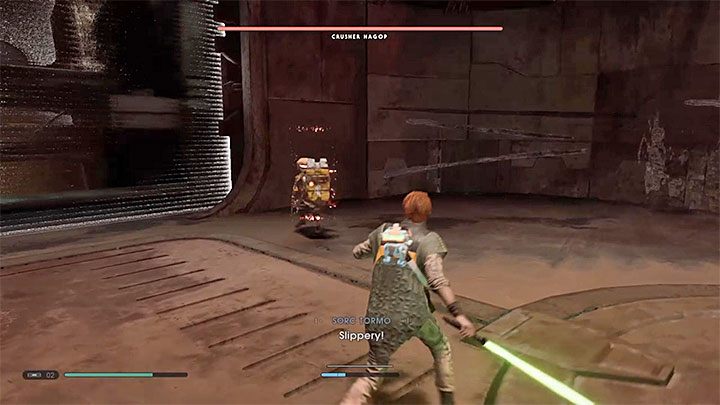 The second part of the battle starts when all the monsters are dead. Crusher Hagop appears again. This time, the fight with him will last until he loses all health points.

In this battle, Hagop has a new red attack - he charges at you with the shield. This is a dangerous attack because the opponent doesn't run "blindly" in a straight line, he can turn if Cal dodges to the side. You can deal with this charge in two ways - knocking the enemy off balance with the Force, or simply move away from the boss. 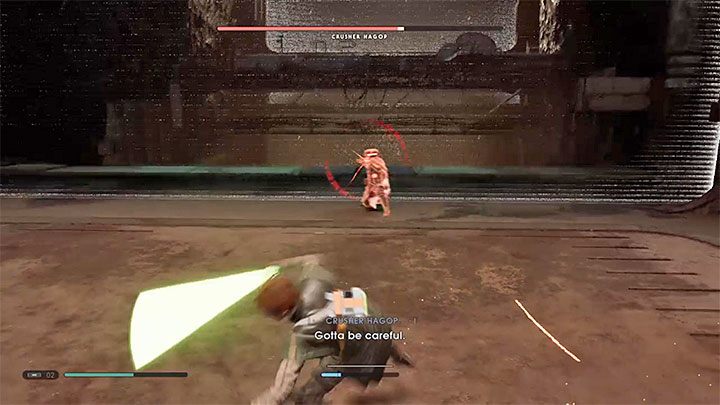 The boss can still use his "old attacks" - the ones he used during the fight in chapter 3: 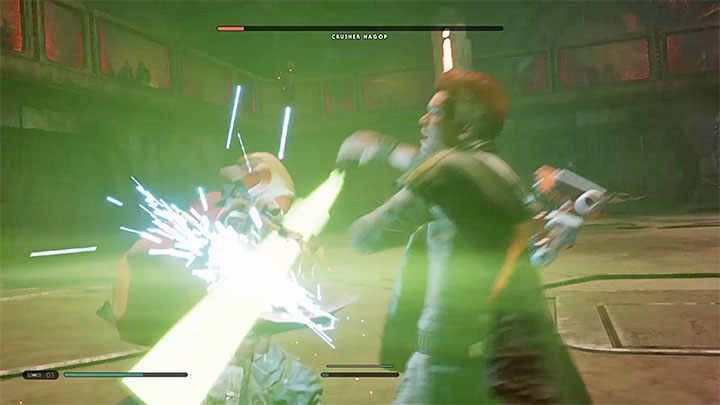 Don't forget to use the Force to stop the bounty hunter's attacks (especially the stronger ones) or to pull/push him.

Defeat Crusher Hagop to win the arena fight. Cal leaves the prison and escapes in the Mantis.