This page of the guide to Star Wars Jedi Fallen Order describes the fight with a bounty hunter called Crusher Hagop - this boss fight takes place in chapter 3 on Zeffo. This is the first of two the encounters with this hunter. It will end prematurely, but, nevertheless, we have prepared all the most important information about it. 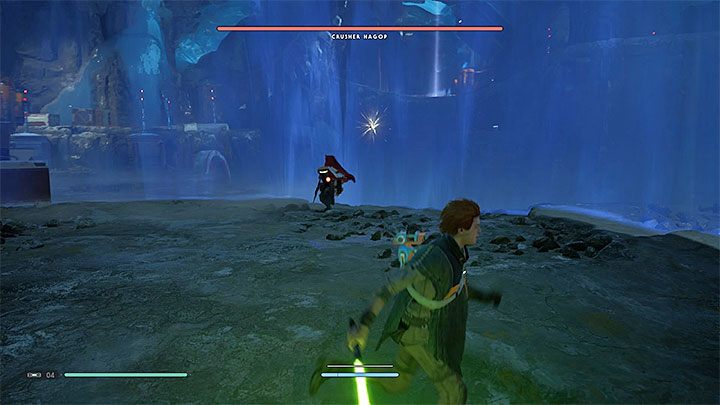 The main character is attacked by a bounty hunter Crusher Hagop after he visits the Tomb of Miktrull on Zeffo in the third chapter. The attack happens specifically in the final part of the visit on Zeffo - when you are heading back to the ship. In our case, the attack occurred in the Ice Caves. The battlefield will be surrounded by a force field, which means that you can avoid fighting the bounty hunter. 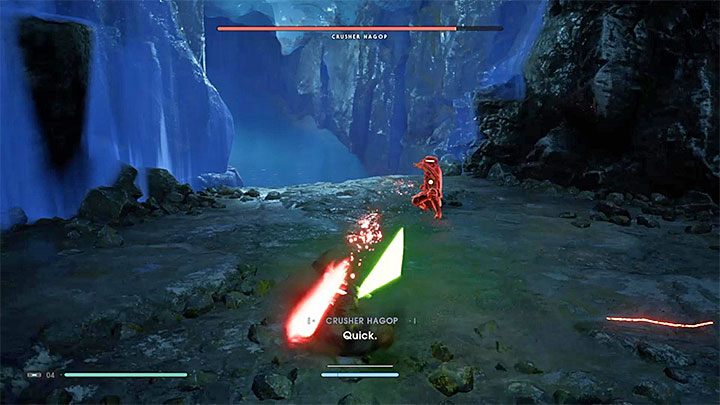 Crusher Hagop attacks you mainly with firearms. The opponent can use regular shots (you can deflect them) and a red charged shot. Don't try to block or deflect the red shot. To avoid injuries, dodge to the side right before the bounty hunter shoots. This is a charged attack meaning you may need a few tries to learn how to react to it. 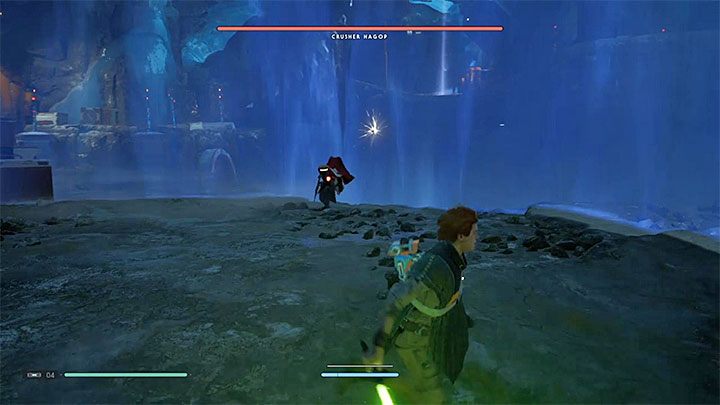 The bounty hunter also throws grenades that can blind the protagonist or limit his field of vision. Try to move away from the explosion. Unfortunately, even then you won't be able to completely avoid the effects of the grenade explosion. 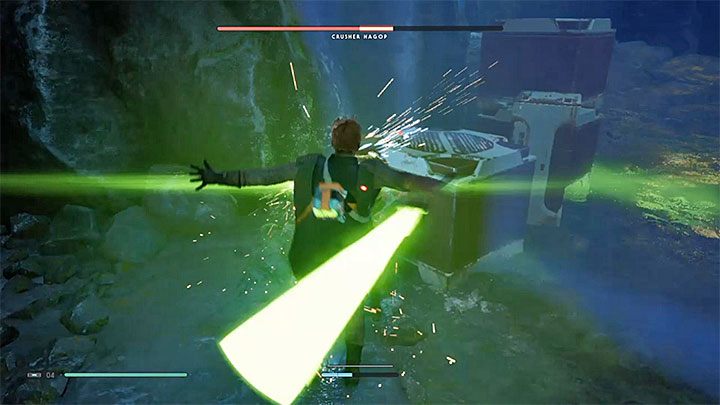 The opponent does not wield the Force in any way, so he is vulnerable to your Force powers. You can use both your abilities - Force Pull and Force Push. After each successful attack with the Force, take advantage of the fact that the bounty hunter is weakened for a short while - strike him with your lightsaber once he gets weaker. 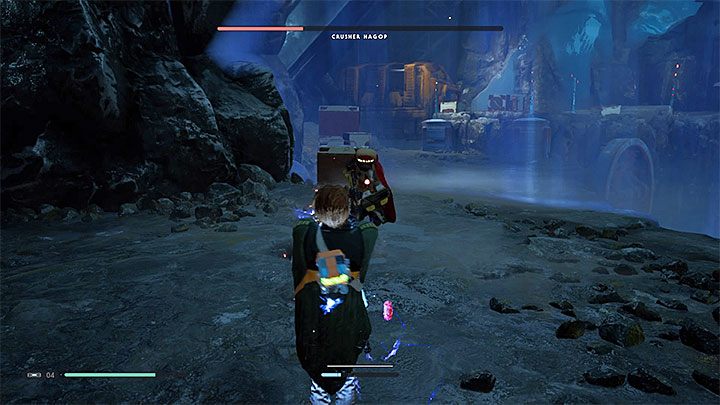 Unfortunately, this duel has an imposed ending - Cal must be captured by the bounty hunter. Don't get surprised when your hero will be paralyzed after a while, even if you're doing well. Fortunately, you'll be able to fight with the bounty hunter again in the fourth chapter of the campaign. This boss battle is described on the next page of our guide.