This page of the guide to Star Wars Jedi Fallen Order describes the next duel with the Second Sister, which happens in the third chapter - after returning on Zeffo. Again, this is not a fully-fledged fight. However, you have to try harder than during the fight from the prologue. 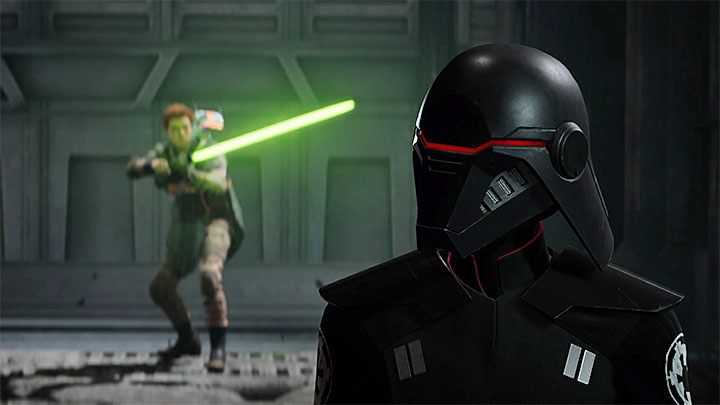 The second confrontation with the Second Sister takes place during exploration of the Imperial Dig Site, that is, on the way to the Tomb of Miktrull on Zeffo. The fight begins shortly after using the small elevator. 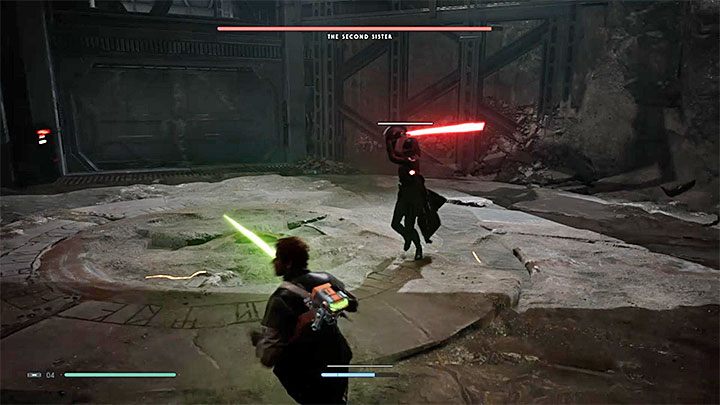 This duel with the Second Sister isn't difficult if you know what to do. Take some time to learn the Second Sister's lightsaber attacks. Usually, she performs several consecutive swings or a "spin attack". 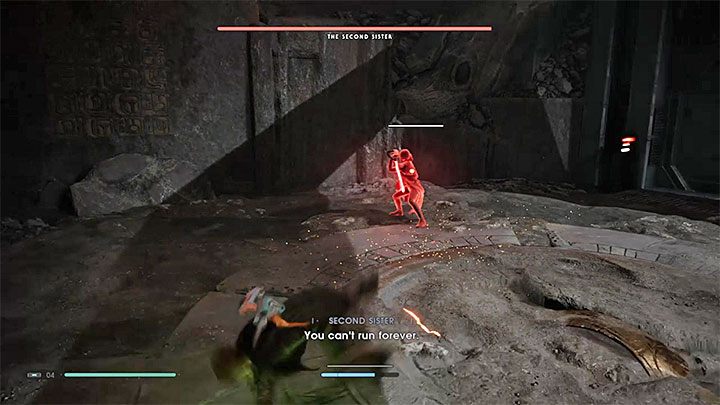 The Second Sister also has a "red attack" - the first variant is a lightsaber thrust. She attacks in a straight line meaning that you can evade it by dodging to the side at the right moment. 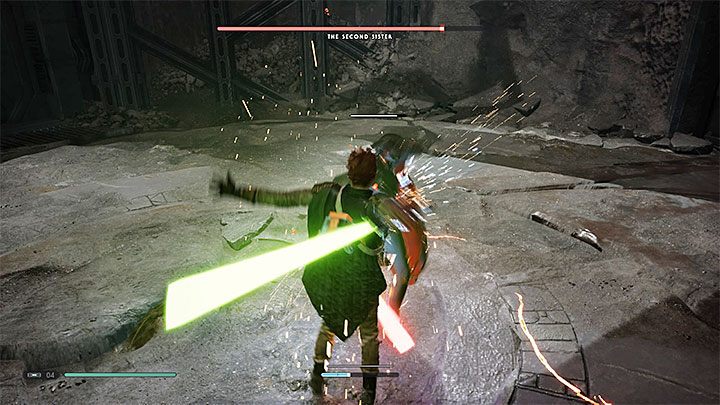 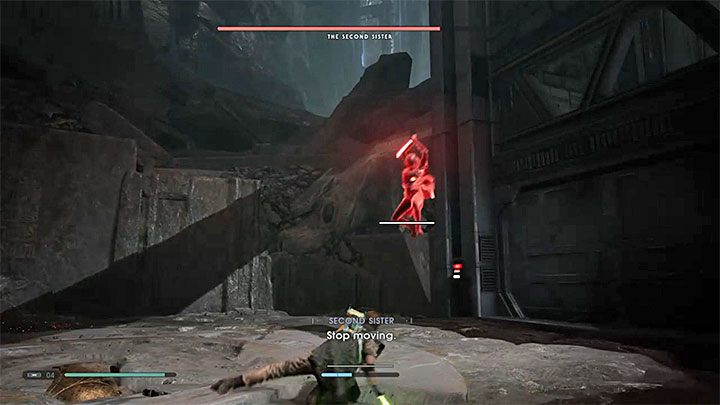 In the next phase, the Second Sister will begin to strike from the air. The strongest attack of this type is the red one - while in the air, the Second Sister strikes the ground with great force. Fortunately, you shouldn't have huge problems avoiding them. 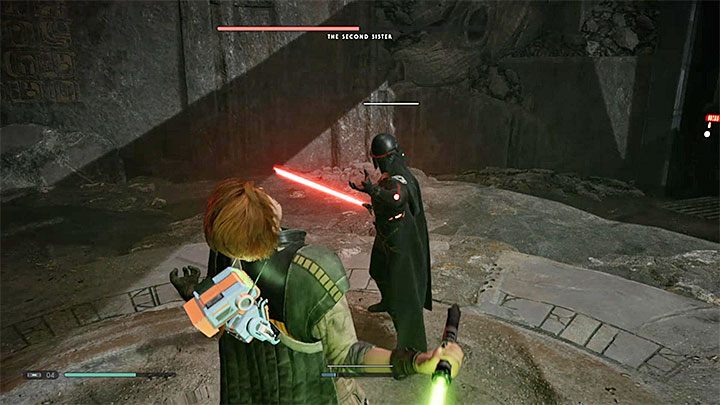 The duel will end prematurely. You can't defeat the Second Sister, even if you manage to deplete her health bar. The battle ends when the Sister uses Force to stop Cal. Once the hero is pushed back, the game will show a cut-scene during which you learn the Second Sister's true identity.