This page of the guide to Star Wars Jedi: Fallen Order has a strategy for the fight with Rabid Jotaz, an optional boss found on Zeffo in chapter 3 or later. Read this page to learn where to find its lair and how to effectively defeat and avoid its strong attacks. 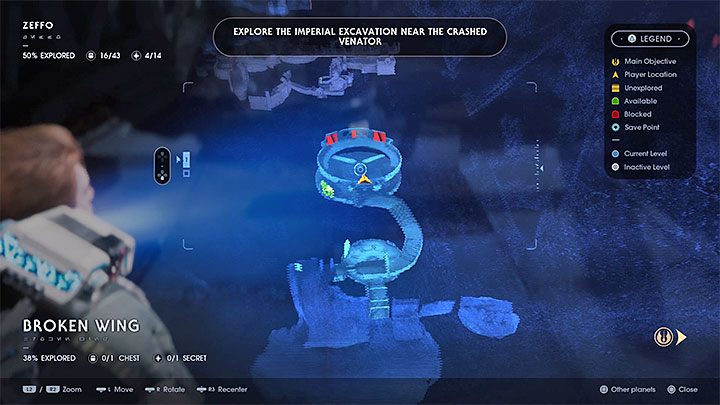 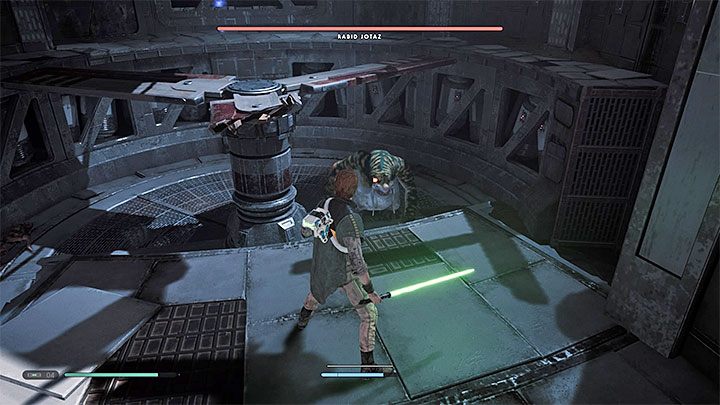 You can defeat Rabid Jotaz once you reach chapter 3, specifically after you return on Zeffo to find the Tomb of Miktrull. You have to travel through the Crash Site - you should stay longer here.

Rabid Jotaz is in the side arena. It is located far to the left of the meditation spot in the Crash Site. Along the way, Cal will encounter "an ordinary" Jotaz, but you can easily run away from the creature and immediately climb the upper shelf. BD-1 should attach to the panel and disable the force field. Cal must go through a few poorly lit corridors. 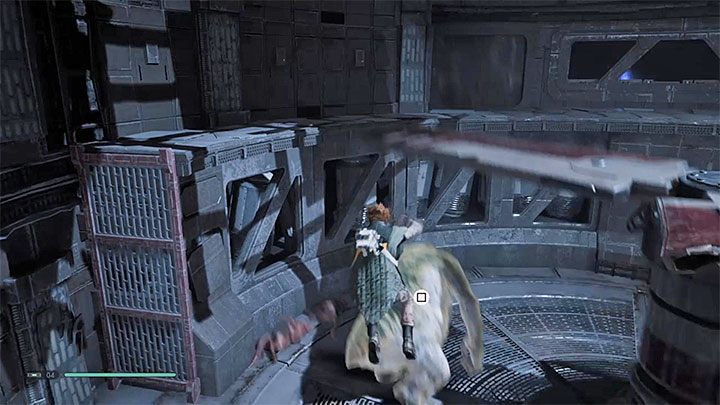 The best way to start the fight is to attack the boss from above. Wait until Rabid Jotaz is under the shelf on which Cal stands. Then, jump towards the beast and press the attack button when the corresponding icon appears. The advantage of this method is that the boss will lose a lot of health. 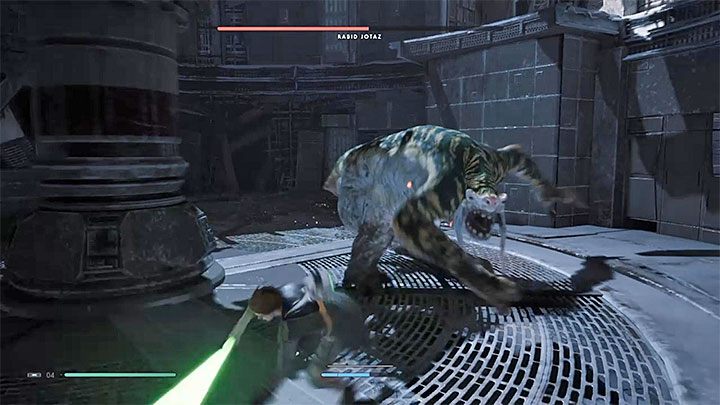 After that, focus on dodging the monster's attacks because they deal huge damage. Even though "the regular" arm attack can be blocked, you should try to dodge to the sides. 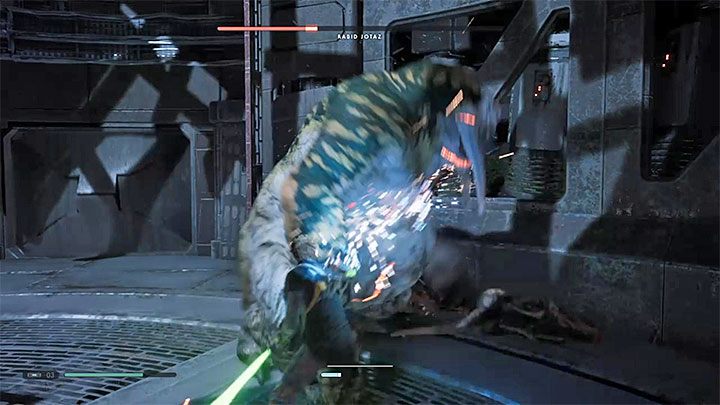 Try to attack the boss immediately after each unsuccessful sequence of attacks. You can simply run to it or, for example, use Dash Strike to quickly reduce the distance between you and the enemy. Always perform 2-3 strikes with the lightsaber and jump back so the boss won't be able to damage Cal. 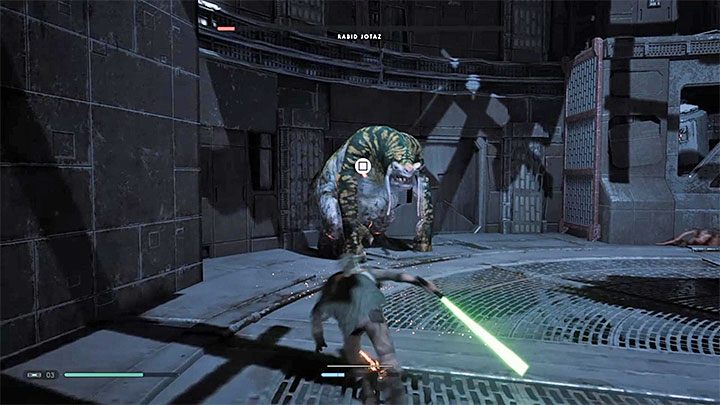 In the final phase of the battle, the attack icon can appear above Rabid Jotaz's head. Run towards the boss to kill it.

Getting out of the place where you fought Rabid Jotaz may cause you trouble. You can't go straight back to the upper floor. Instead, you have to go through a series of rooms. One of the pages in our guide have, e.g. the solution for the puzzle with electricity which must be completed in order to proceed.