This page of the guide to Star Wars Jedi: Fallen Order has a strategy for the fight with one of the mandatory bosses - Security Droid. The fight takes place during the exploration of Kashyyyk in the third chapter. The droid isn't difficult, but knowing its attacks can prove useful. 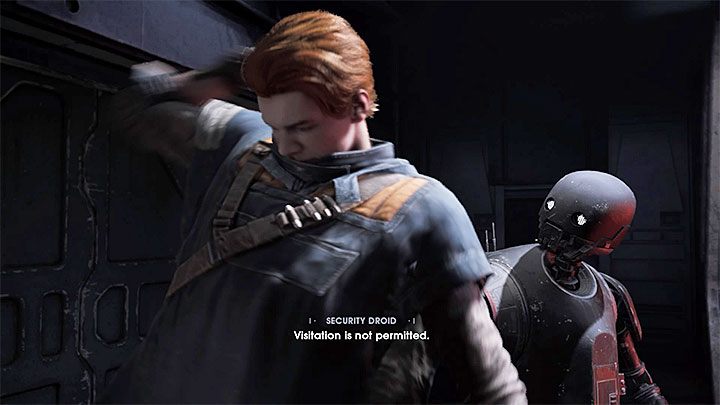 The boss fight with the Security Droid starts after finding some of the imprisoned Wookiees - after visiting the terminal at the end of the dark corridor.

This is only the first of many encounters with opponents. Other fights with this type of enemy are identical and you can use the same tactics. 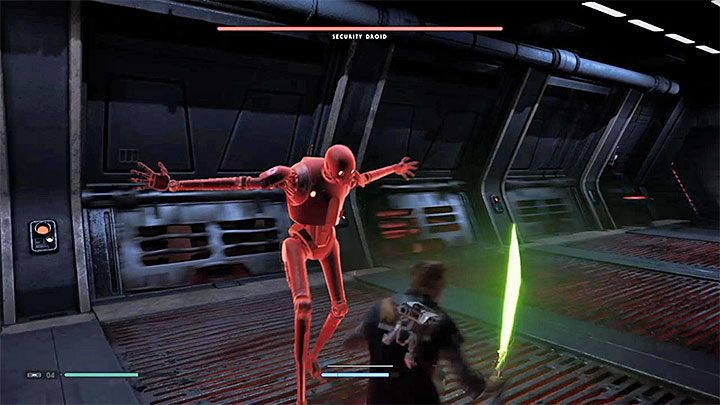 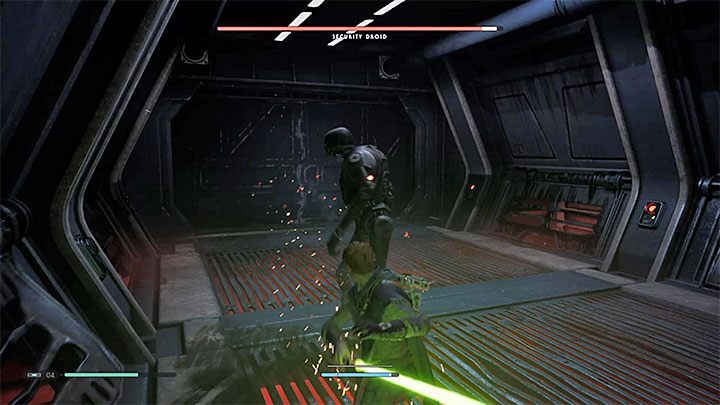 The droid is very slow and you can easily find an opportunity to damage it after dodging its attacks. 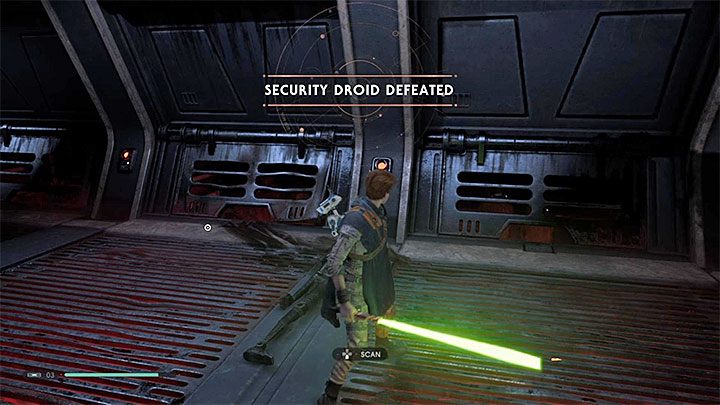 Defeating the boss triggers a cut-scene. After that, you can continue the main mission on Kashyyyk.