On this page of our guide to Star Wars Jedi: Fallen Order you will find a description of the battle with the mandatory story-related boss - AT-ST walker. This battle takes part in the final part of Chapter 2, when you try to leave the Zeffo planet. Our description of confrontation with the boss informs about attack types used by the machine and suggests how to damage it effectively. 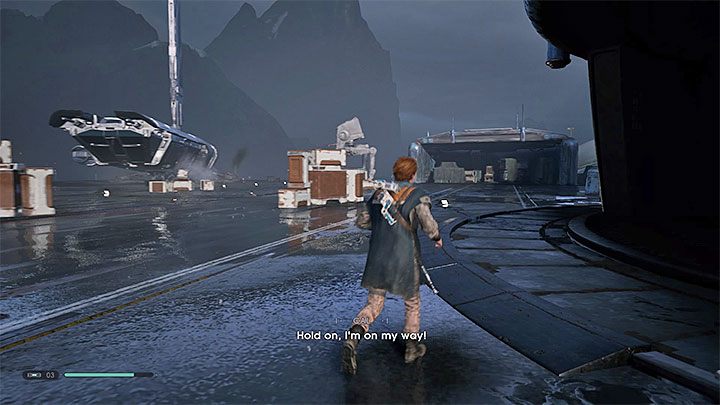 The confrontation with AT-ST will take place after you visit the Tomb of Eilram on the planet Zeffo and want to leave the planet. After returning to the landing zone, you will notice that the AT-ST is firing at the Mantis - the team's spaceship. The encounter will begin after getting close enough to AT-ST. 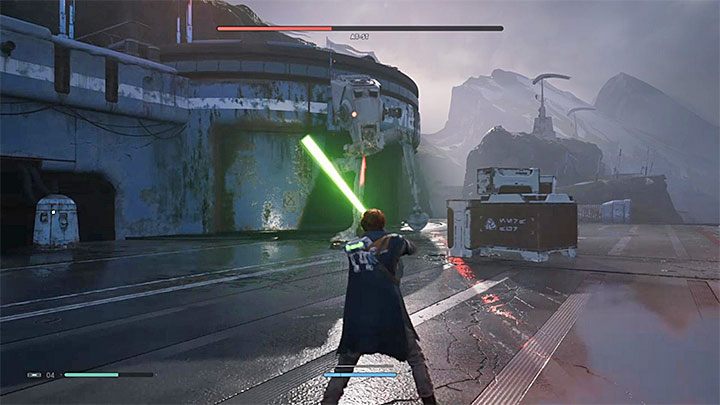 Boss has three main types of attacks. The first attack type is blaster strike. You can deflect laser projectiles with your lightsaber. This requires a good timing, as the laser missiles fly in series. Unfortunately, successfully reflected projectiles will only cause minor damage to the AT-ST. 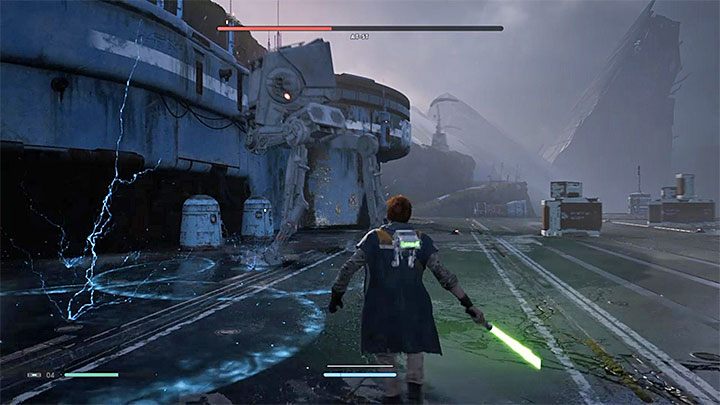 The second type of AT-ST walker attacks is a grenade launcher strike. AT-ST scatters blue grenades in the area. They can spontaneously explode if Cal gets within their reach. In the latter case, the protagonist may be electrocuted and temporarily immobilized.

If you have enough energy to attack with the Force, you can activate the Force Push when the boss is scattering grenades, so that at least one grenade will fly towards AT-ST. Unfortunately, the boss's injuries will be minor. 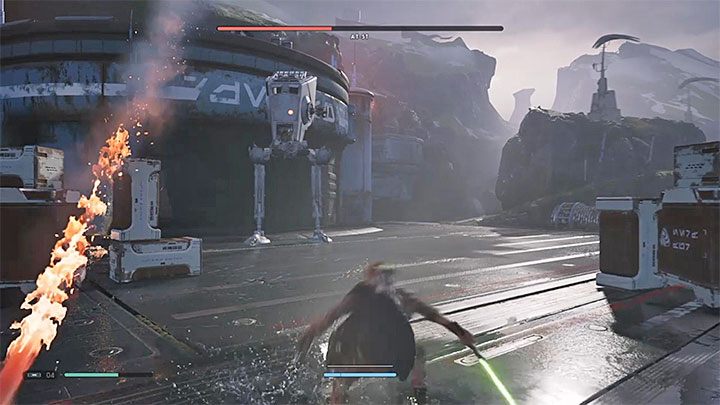 The third type of boss's attack is the launch of homing missiles. Fortunately, these are single missiles and you can avoid being hit by making jumps at the right moments.

As in the case of the grenades described above, it is possible to support yourself by Force Push. You can use it to "turn" the missiles towards the machine. Then, the AT-ST may receive some higher amount of damage. 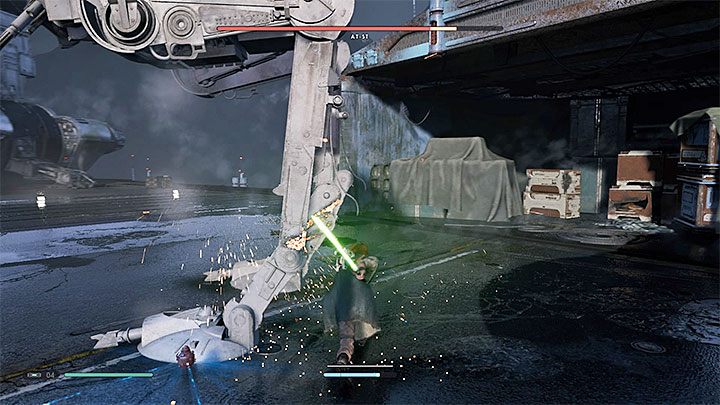 The best way to quickly weaken the AT-ST is to attack its lower mechanical legs with a lightsaber. AT-ST will not, of course, remain idle. Jump off as soon as you notice a grenade falling down next to you. Return to attacking after the grenade explodes. 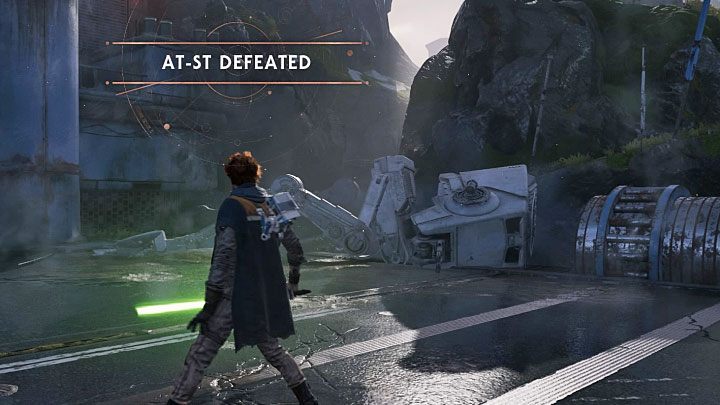 Continue fighting until AT-ST is defeated. Only now can you get on board Mantis and fly away from Zeffo.

Later in the campaign you will encounter more enemy AT-ST walker machines. The tactics of fighting them remain the same.