This page of the guide to Star Wars Jedi: Fallen Order has a strategy for the fight with Oggdo Bogdo, an optional boss found on Bogano.

You will learn where to find the boss, read about its attacks and check how to prepare for the fight. 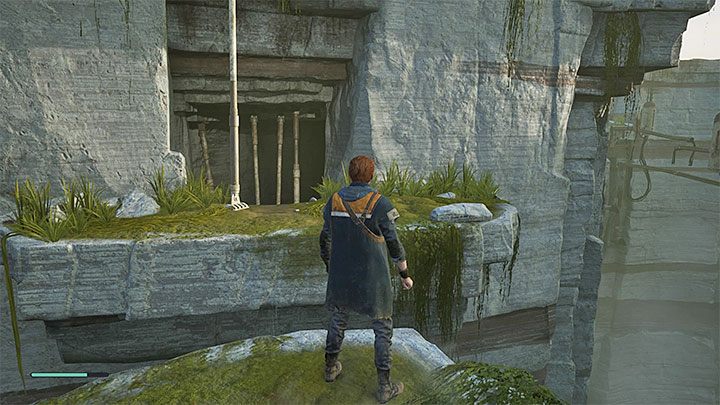 Oggdo Bogdo's lair can be found in the starting part of Bogano. It is located near the place where you can solve an optional puzzle with a sphere and fans. The entrance to the cave is near one of stone ledges (see the picture). 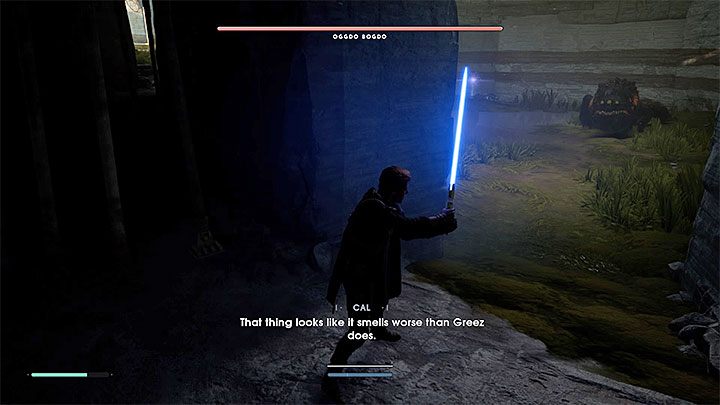 The cave is very dark, but you can use the lightsaber as a flashlight. 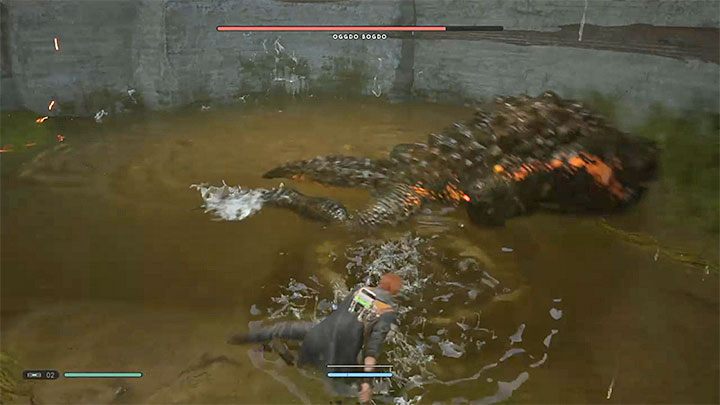 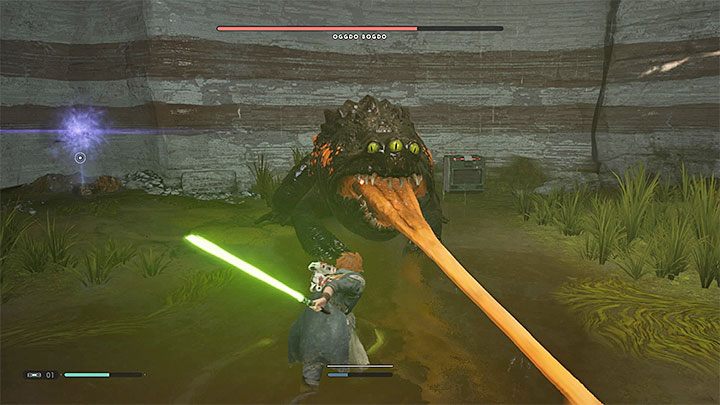 Start the fight by locking the camera on the boss to make it easier for you to react to its actions. The key to winning this fight is to dodge and roll. The boss' main attacks: 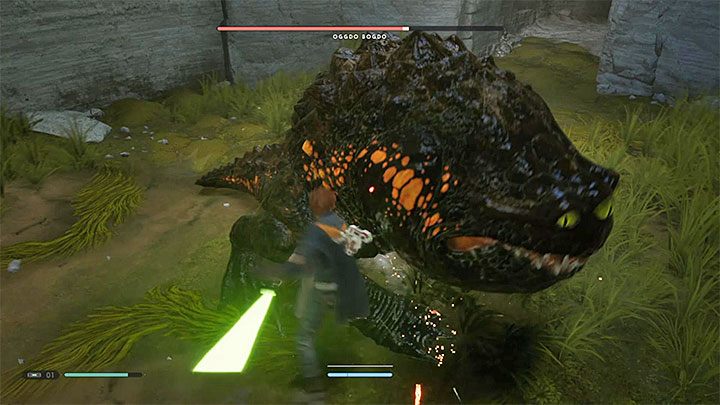 Attack the toad immediately after each dodged attack. You can: 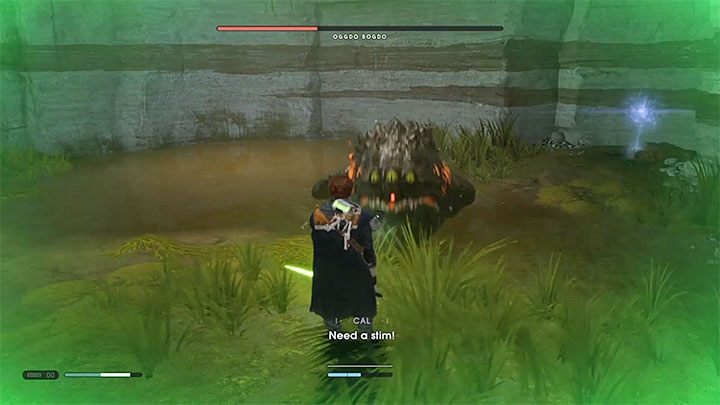 Heal the hero only when he has less than 1/3 of health. Before you heal, move away from the toad to avoid unnecessary damage. 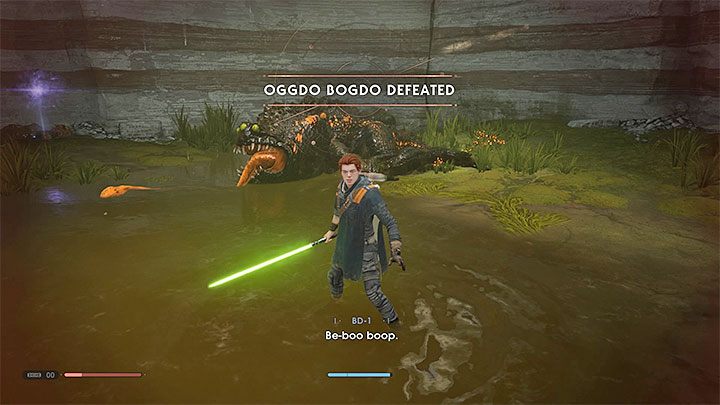 Defeat Oggdo Bogdo to receive experience points. You will also be able to collect treasures in the lair - echo and a chest with loot.