This page of the guide to Star Wars Jedi: Fallen Order focuses on the duel with the Second Sister taking place in the prologue. This isn't a full-fledged boss fight - you can't defeat the Second Sister. 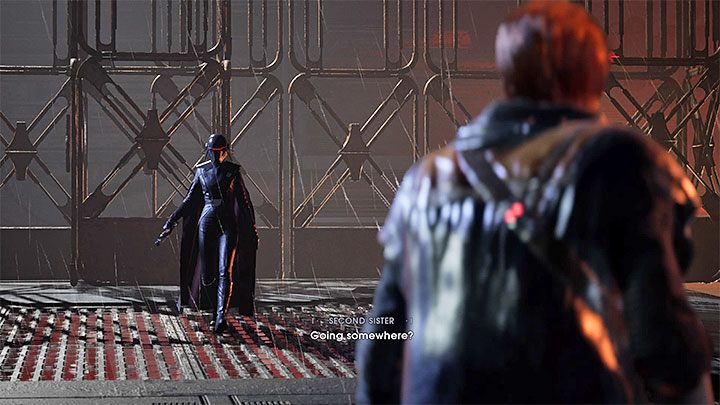 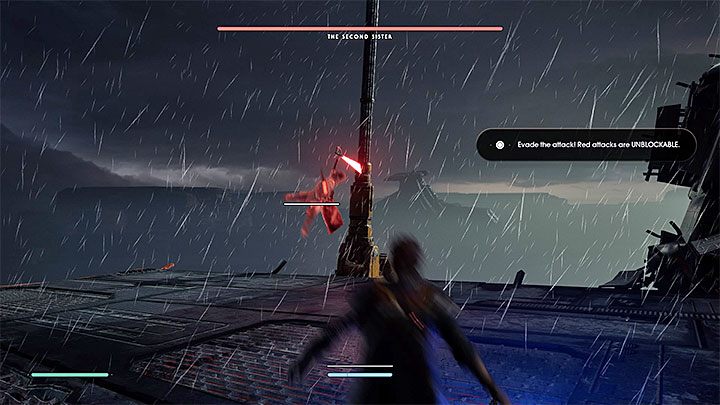 During this duel, rely on dodges and rolls (press the dodge button twice). This is especially important when the Second Sister uses "red attacks". This color symbolizes that the next attack cannot be paired or blocked. 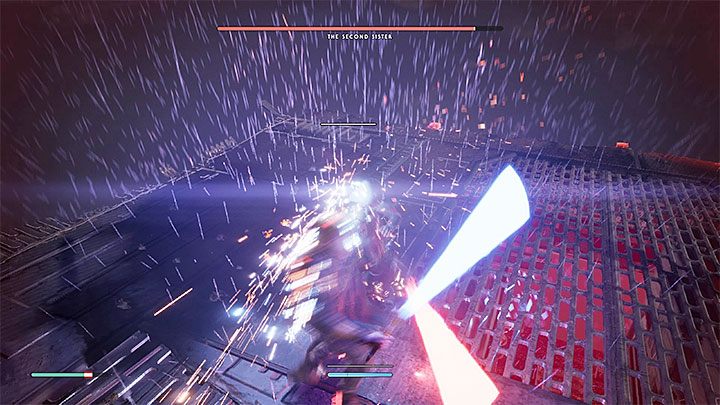 Attack the Second Sister after dodging her attacks. She is very durable, so don't expect to deplete her health bar fast. 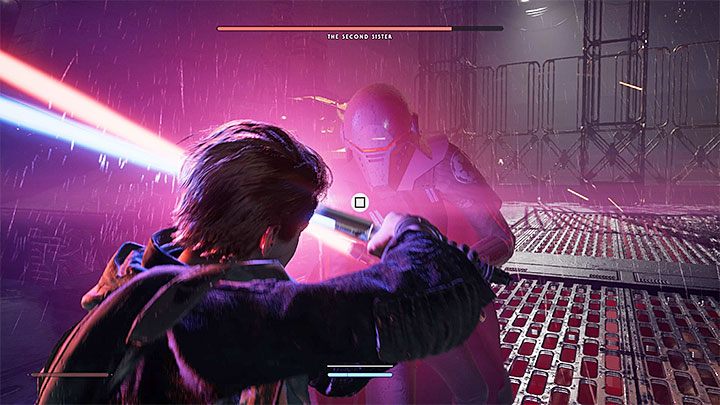 The final part of this fight is a lightsaber struggle. Keep pressing the attack button. 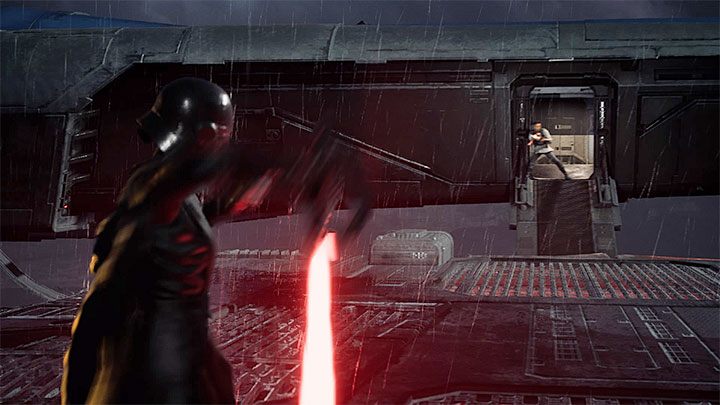 The fight with the Second Sister ends either when Cal loses health or when enough time passes. This will trigger a cut-scene during which Cal escapes in a spaceship.