You should consider finding a good cover along the way, because you'll need to reload your weapon and you'll also have to heal your character. Sadly, you can't stay here for too long, because more Monolith will eventually show up in this area. Keep heading north until you've reached a large street (screen). Turn around and make sure that you're not being followed. 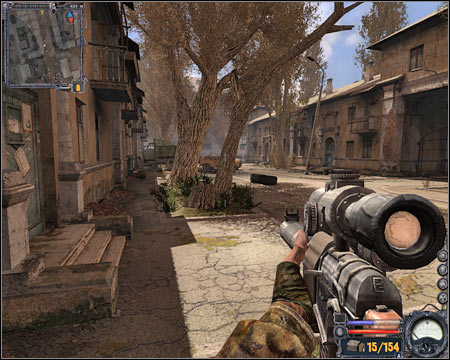 I've already said that you won't be allowed to travel north here, because you would have been killed by some very powerful anomalies. Instead, you'll have to turn right. Notice that there is a destroyed gate here (screen). Approach the gate and enter a new area of the map. The good news is that you may feel safe here. Keep heading towards the large building, located to the north-east. Use the stairs and enter the building. 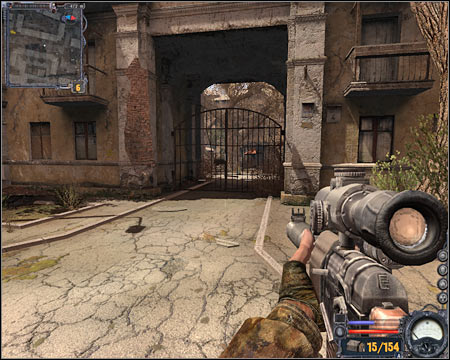 Now you'll have to explore a few smaller rooms in the efforts of finding an exit. You won't encounter any enemy units inside this building. Once you've left, you'll notice that a small squad of Clear Sky soldiers is fighting Monolith units here. Approach your allies quickly and try talking to the leader of the squad (screen). Listen to his plan and wait for your new allies to provide covering fire. 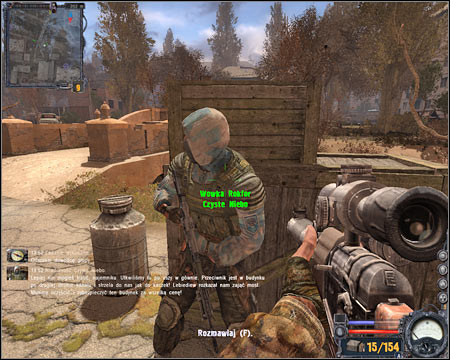 Once you've been given an order to move forward, turn left and use a nearby bridge. After that, turn right and keep moving near the large building (screen). Obviously you should be using trees and other large objects for cover. Get closer to your target area and choose a good weapon from your inventory. Shotgun will do the trick, however machine gun seems like a better choice here. 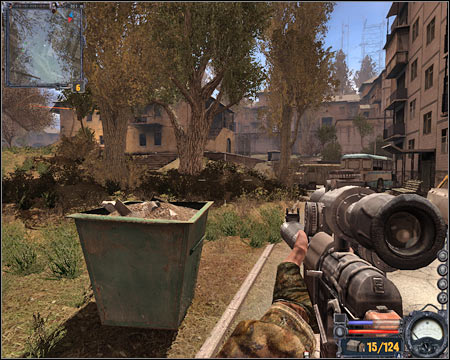 Your next objective is to secure both floors of the large building. I would recommend starting with the upper floor (screen) and then making your way to the lower one. As long as you're careful, you shouldn't sustain any major injuries here. Don't forget to talk to the leader once you've won. You should consider scouting the area for ammunition and medical supplies. 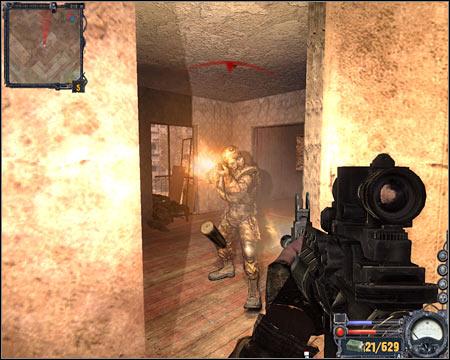 I guess you may have some problems figuring out where to go next. The exit is located on the ground floor, near the friendly leader (screen). Now you must keep heading north. There's only one main road here and you should stay on it all the time. Otherwise you may sustain major injuries or you may even die if you get too close to one of the anomalies. 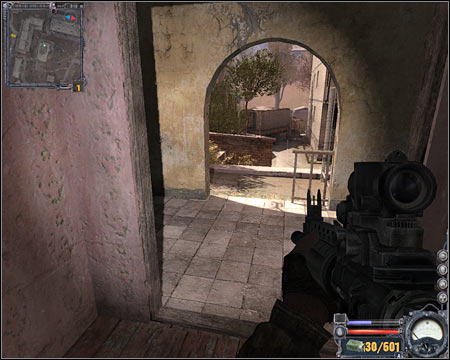 You should stop for a second or two once you've reached a road filled with anomalies (screen). Those are the same kind to an anomaly found in Red Forest, so they won't injure you, because they act as teleportation devices. As you've probably suspected, your objective will be to avoid them while trying to get to the next area. For now focus on reaching the bus. Thankfully, even if you touch an anomaly, you'll return to the area shown on the screen, so you won't have to travel a long way to retry. 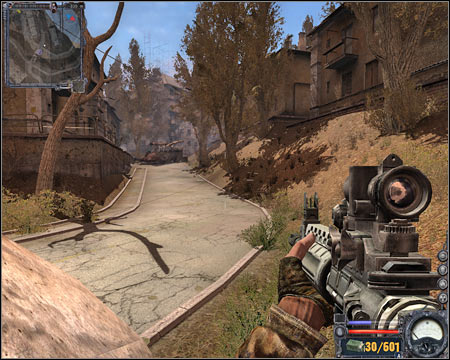