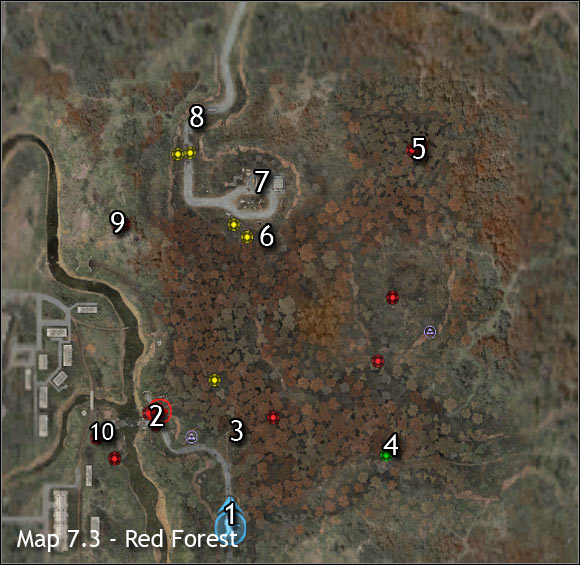 Goal area: 2 on the map (ignore what your PDA is showing)

This quest has a very linear structure, so you won't be able to affect how it ends. Let's start by saying that you won't catch Strelok, so you won't have to chase him once you've arrived in Red Forest. Instead, keep moving slowly and save your progress frequently, because it's dangerous here (radiation and anomalies). Get closer to a small checkpoint (screen) and make sure that you have a powerful weapon in your hands. 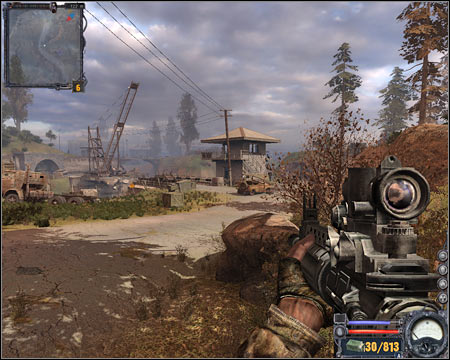 This new assignment will replace the first quest once you're close enough to the checkpoint. Head over to the left truck quickly, because you can't stay in the open. Kill a few bandits from here (screen), however watch out for grenades. Change your position often to avoid them. It's also important that you prevent enemy units from getting too close to your main character. 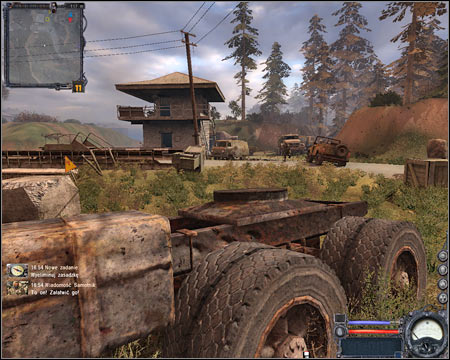 Obviously you will have to kill all the bandits before you'll be allowed to move on with the next challenge. Watch out for your right flank, because bandits tend to appear there often. Don't forget to secure the large tower as well. You'll notice that Strelok has blown up the tunnel, so you won't be able to pursue him anymore. 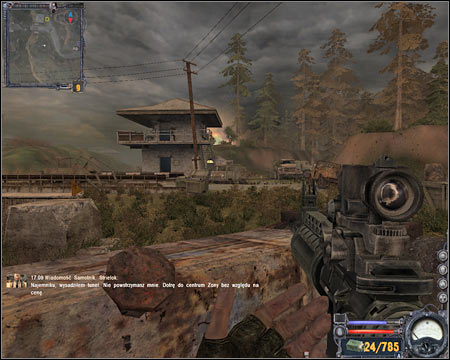 3. Answer to a distress call

You'll be rewarded with a short cut-scene. Once it's over, wait for this new quest to be added to your list. Ignore Sienia, because he won't help you in reaching the Woodsman. Instead, go back to the southern area of the map. Stay on the main road to avoid anomalies and radiation. Notice that a large gate is now opened (screen). Approach it and you'll come across a few dead bodies. 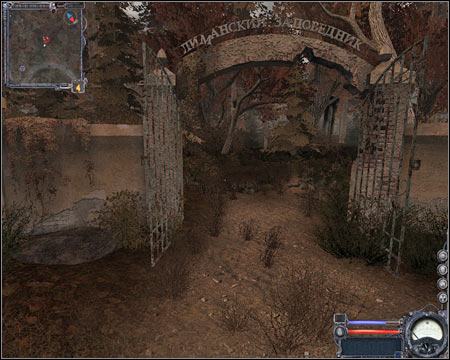 4. Locate and pick up the PDA

I think that you know by now how to act in these types of situations. Start off by finding the correct body. Click on it, locate the PDA (screen) and drag this item to your inventory. You should also notice a sniper rifle in the inventory of the dead stalker. Take it and await further instructions. 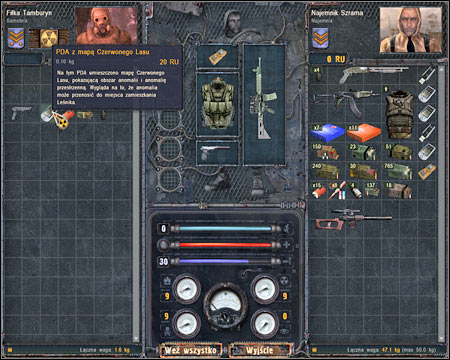