3. Deliver the documents to Sacharow

Now you'll have to go back to Sacharow which means you'll visit the same areas as before. Be careful near the bunker, because the undead have probably launched another attack on the base. Deal with all zombies, enter the bunker and talk to Sacharow (screen). You'll be given details of your next mission. 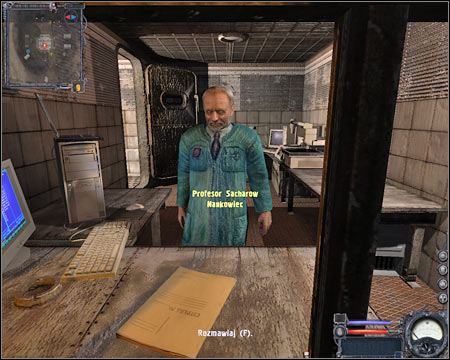 4. Meet Lazy and his men

I have to warn you - this is your last chance to gather enough ammunition for the upcoming battle. You should have at least two assault rifles at your disposal. Having at least 300-400 rounds of ammunition for each gun is equally important. Once you're ready, go north and meet with Lazy's team. Talk to the leader and listen to his plan (screen). Be careful while trying to get to the stalkers, because there are some dangerous anomalies in this area. 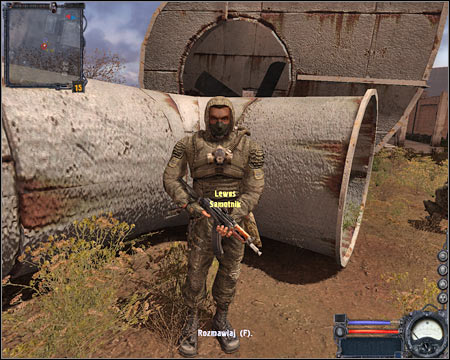 5. Fight your way to the factory

Notice that the stalkers have begun moving north. You will have to copy their moves, so your first assignment will be to jump over a large brick wall (screen). Land on the ground and immediately move to your right. Don't engage the zombies. Instead, allow your team members to deal with the undead. The main reason is that you don't want to waste ammunition, because you're going to need a lot of it very soon. 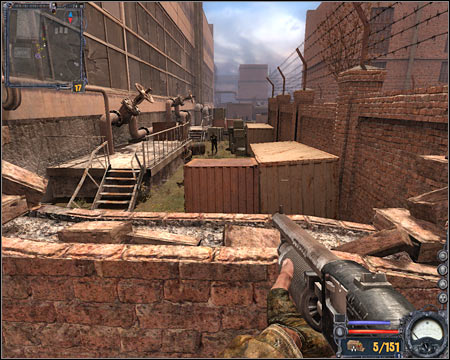 Keep heading north and make sure that you stay away from the zombies. It's not an effective way to complete this quest, but at least you won't have to risk your life or use your supplies. Eventually you'll come across a second brick wall (screen). Once again, you must climb on top of the crates. Land near a large warehouse and listen to what Lazy has to say. 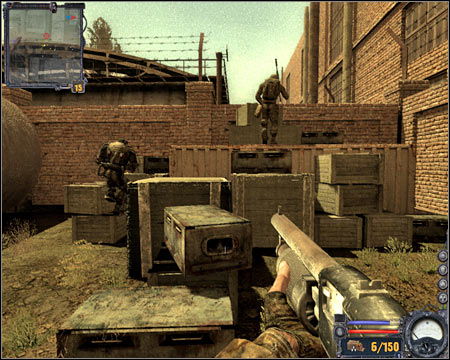