Most of the soldiers will turn left at some point of the journey, so don't be surprised by that. The purpose of that was to avoid some very dangerous anomalies. Stay close to your allies and you should be fine. The second group of monsters will attack the soldiers once you're near the base (screen). You'll be dealing with much more powerful creatures here, so it's possible that all your teammates may be killed. You can observe what happens here and pick up their weapons or you can play it safe and flee as soon as this battle has started. I would recommend running away, because it may be difficult for you to kill the monsters without anyone's help. 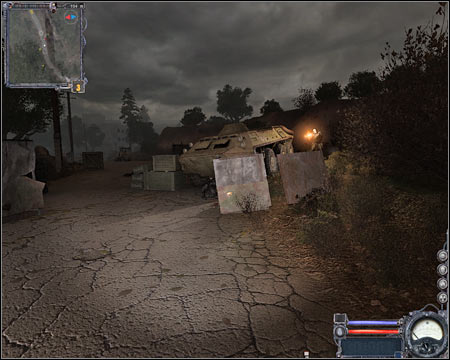 Thankfully, you can feel safe once you're inside the southern base. None of the mutants will show up here and other Duty soldiers won't be hostile towards you. The next objective is to talk to the leader. You can find him on the top floor of the southern building. Use the staircases to get to him. Approach General Krylow (screen) and allow him to grant you with a new challenge. You can also listen to a short radio transmission. 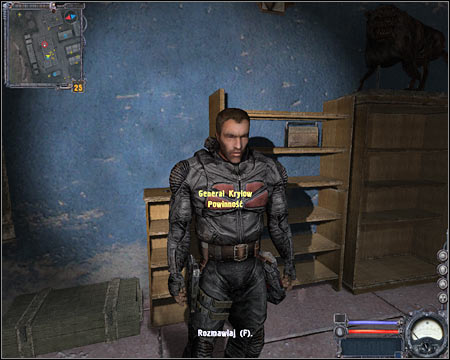 BEFORE you decide to proceed with this quest, you should focus on acquiring good equipment and by that I mean finding new armor, powerful weapons and a lot of ammunition. You can do this by examining bodies of fallen allies, performing subquests, purchasing gear from the trader or exploring the map. Make sure that you've helped the stalkers near the lake, because they'll give you an excellent armor. Duty soldiers are using good guns, so you should take some time to collect them. Once you're ready, start moving towards a designated area of the map. You'll notice that Duty soldiers are fighting with mutants (screen). 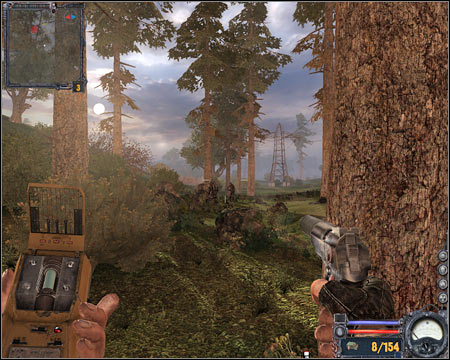 The situation here could go two ways. If you're quick enough, you may be lucky to save sergeant Czirsow and his men. If you do that, you can collect additional gear from Czirsow. Sadly, it's very difficult to arrive in time, so you'll probably have to take care of the mutants by yourself. I would recommend using a shotgun against the "jumpers", however you must also pay special attention to having to avoid their attacks. You can to that by dodging left or right. Make sure to check bodies of fallen allied units after the battle. After that, proceed towards a large hole (screen) and confirm that you want to explore the sewers. 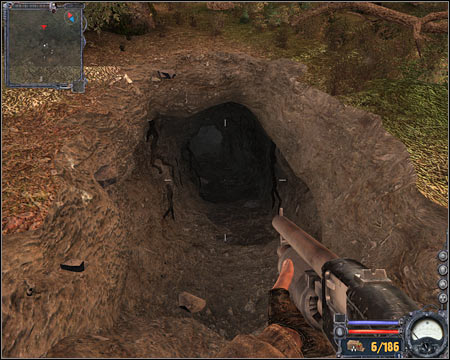 Upon return from Agroprom Sewers:

Starting point: 5 on the map

Before you decide to travel to Yantar, you should make some preparations. The most important thing is that you'll need A LOT of ammunition for the next mission, especially for the machine guns. The main reason is that you'll have to deal with tons of zombies in Yantar and you won't be allowed to use a shotgun against them. Once you're ready, proceed towards one of two available passageways. I would recommend choosing a passageway near the lake (screen), because the other one is surrounded by hazardous areas. 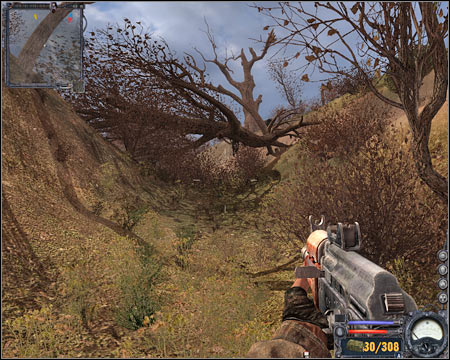