9) Bus stop - You won't encounter any hostiles here. Instead, you'll find a small outpost nearby. Explore it if you want to. 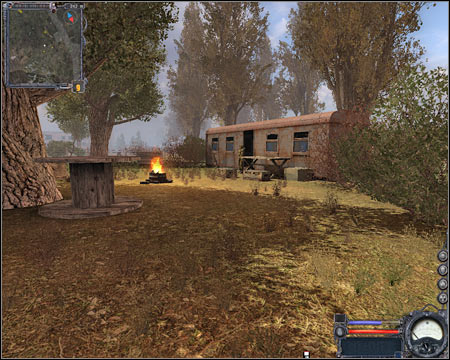 10) Campsite under the tunnel - Once again, you will come across a small group of Freedom Soldiers. Talk to them if you have some free time. 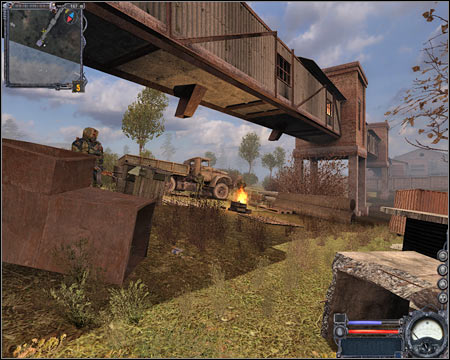 11) Camp in the north-east - When you visit the camp for the first time, you won't see any differences from some of the other camps. Sadly, as you'll soon find out, all the soldiers are going to be murdered. Solving that crime is tied to one of the main quests. 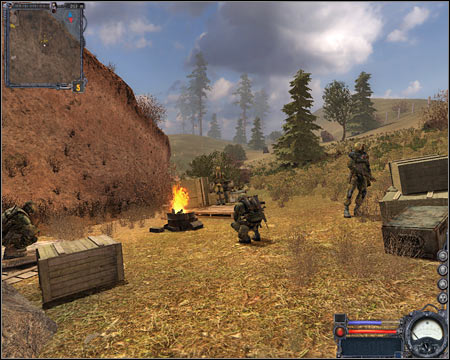 12) Main Base (Freedom) - This is by far the most important location in The Dark Valley. You can enter the base from the east or from the west. It doesn't really matter which entrance it's going to be, because they're both opened 24 hours a day. I guess you won't be surprised to hear that using guns is forbidden inside the camp. You'll come across several key NPC's here, as well as a trader, a mechanic and a guide. 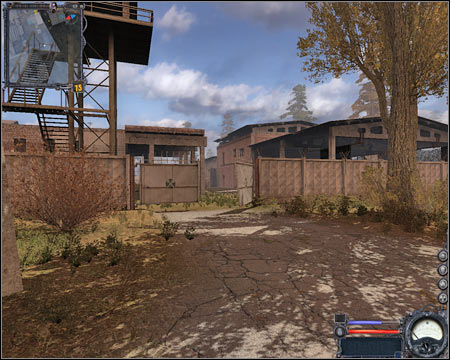 13) Monster's lair - Securing this area is mandatory in order to fulfill one of the main quest of The Dark Valley. Be careful. Not only you'll have to kill some wild animals, but you'll also have to watch out for radiation. 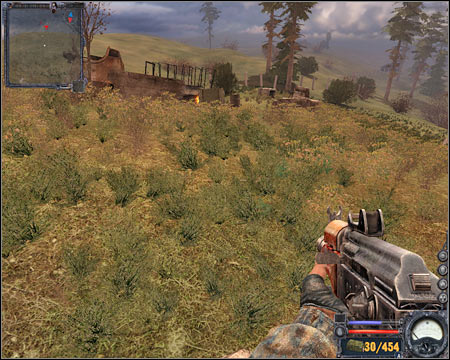