The leader of this base is Father Walerian and you can find him inside the southern building (screen). Approach Walerian and talk to him. You're going to find out some interesting things about the current situation in this zone. Walerian will also provide you with a new challenge. 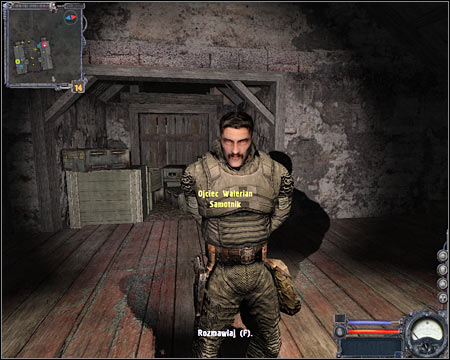 Now you will have to talk to the prisoner Father Walerian was talking you about. His name is Chaleckij and you can find him inside the cell in the northern building of the compound (screen). Make sure that you've chosen all available topics. Also, notice that you can talk to him again in order to ask him a few additional questions. 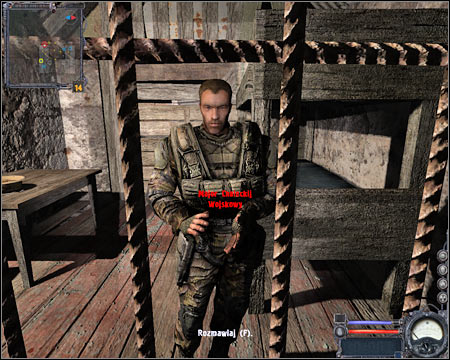 5. Talk to the leader

Starting point: 5 on the map

Now you'll have to go back to Father Walerian. Your hero will automatically tell him that he was unable to acquire any new information from the prisoner. Listen closely to what Walerian has to say, because he will come up with a new plan. 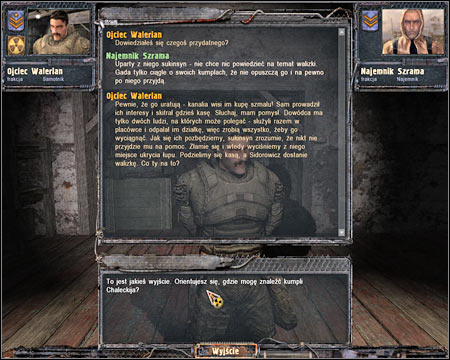 6. Eliminate hostiles near the elevator

You can exit the base now. Start heading south. Notice that you won't be alone. You should see some allied units near the factory. Approach them and this is when this battle will commence. Sadly, you can't rely solely on your allies. You'll have to kill a few soldiers yourself. Try attacking them from the flank if possible. I would also recommend using a machine gun here. Try killing at least three soldiers and your team should deal with the rest. 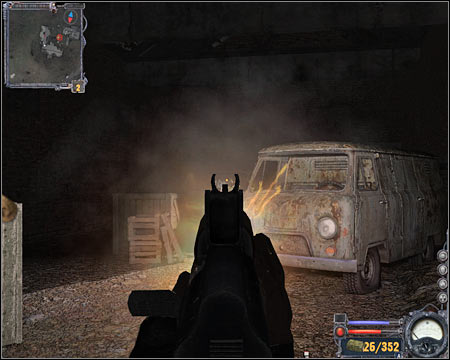