3) Village - I guess I don't have to remind you what can be found here, because this is where you've started in "Shadow of Chernobyl". Obviously you will find Sidorivich inside an underground bunker. As for the village itself, there are a lot of stalkers here. Make sure you've concealed your weapon, so you won't have to worry about them being hostile towards you. There's a guide here, among a few other interesting NPC's. 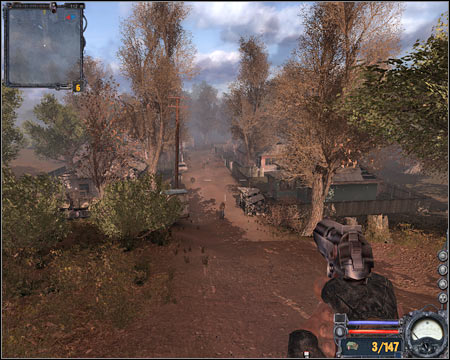 4) Secret campsite - You will come across a small group of friendly units here. You can consider talking to the stalkers or you can focus on exploring the surrounding area. Watch out for radiation and dangerous anomalies. This camp is being attacked by boars and dogs from time to time, so it would be a good idea to help the stalkers to defend themselves. 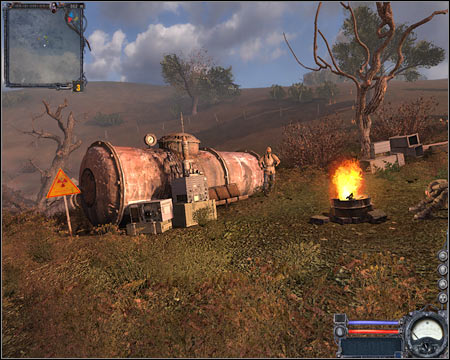 5) Vehicle depot - When you get here for the first time, you'll notice that the depot is being heavily defended by the military. You can try fighting those soldiers on your own or you can ask major Chaleckij for help. I would recommend ignoring the factory, because you will be allowed to secure it as a part of a main quest. You can find a lot of ammunition inside one of the buildings. Once this area has been secured by the friendly units, you'll find a guide here. 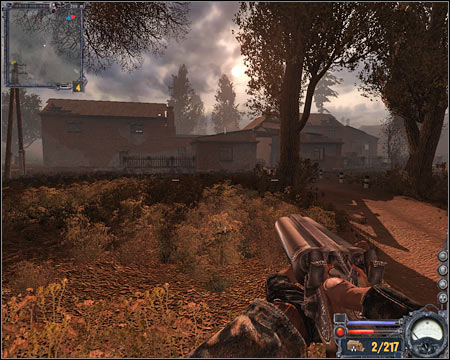 6) Factory - Once again, you can consider exploring this area on your own or you can wait for a certain quest to be added to your list. Don't forget to inspect the area to the west of the factory, including the tunnel which is now being protected by the stalkers. 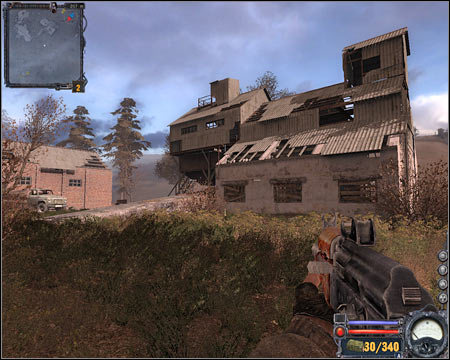 7) Checkpoint under the bridge - During your last visit here you've encountered a checkpoint set up by the military. Thankfully, it's not an issue here. The checkpoint is being guarded by the stalkers, so you won't have to look for an alternative route to the northern part of the map. The checkpoint is being attacked by wild dogs quite often, so make sure to finish at least one subquest here. 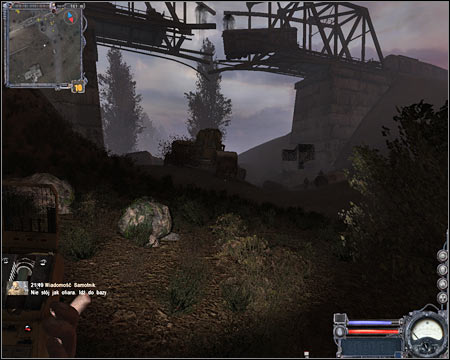 8) Hideout - You won't have to explore this area if you don't want to. You would come across a few bandits, however if you're patient enough, your enemies will get eaten by wild dogs. 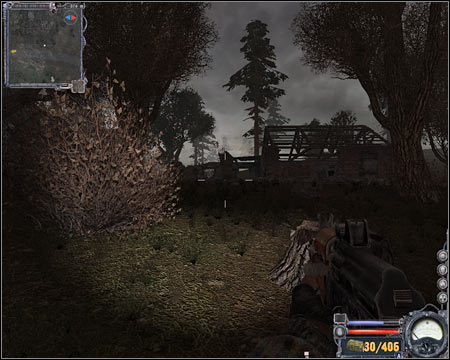 9) Northern base - You will have to get here if you plan on choosing an easier route to Garbage sector. The area is quite similar to the first game, so you'll have to watch out for radiation. This area is being defended by the stalkers, so you won't have to worry about anything. 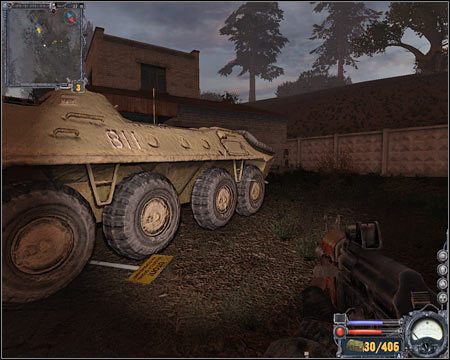