11. Take over a farm in the north-east

This is going to be a very similar challenge to some of the subquests. Your objective is to take over a hostile territory. I would strongly recommend that you wait for your allies to show up somewhere near the farm, so you won't have to attack it on your own. You'll probably approach the base from the south (screen). If you've taken over a burnt farm, you won't encounter any resistance along the way. 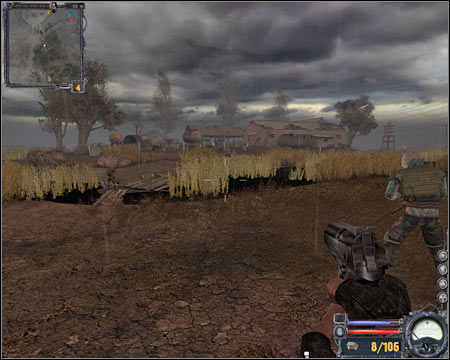 Enemy units will probably hide inside two main buildings of the compound, however some of the renegades may also be hiding near parked vehicles. You can attack them on your own or you can only assist your colleagues by attacking the same targets they do. Also, watch out for the northern road, because more enemy units may show up here (screen). If they do, use nearby objects for cover and prevent them from getting too close to your position. You shouldn't have any major problems taking over this base. 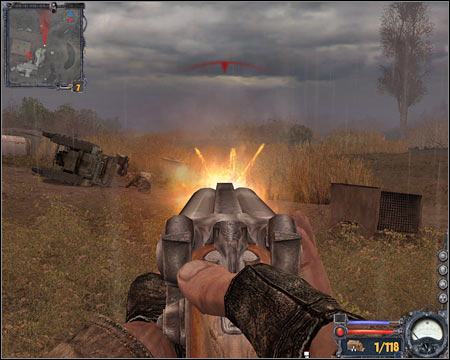 12. Take control over roads leading to the outside world

Remember that if you fail to hold the advantage over Renegades, you'll have to complete some of the previous quests again. If you're successful, head on to the southern area of the map. Start off by taking control over two zones (screen). You will have to seize the church, as well as the southern farm. The church may be in Clear Sky's hands by now. As for the farm, it's almost certain that you'll have to go there right now. 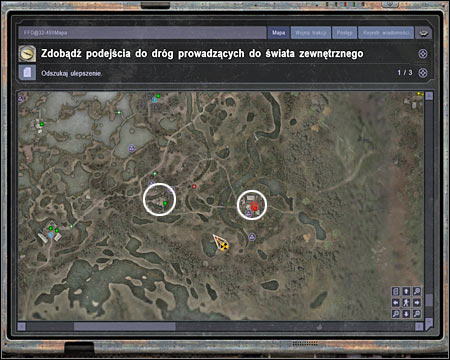 Taking control over a church and a farm won't solve the problem, because you'll have to secure a road which connects these two locations. Be careful while trying to do that, because enemy troops are patrolling this area. You'll probably encounter at least one large group (screen). Remember to use some of the carried grenades. You should also be on a look out for machine guns, because they may come in handy. I had to eliminate two large groups, but maybe you'll get lucky. 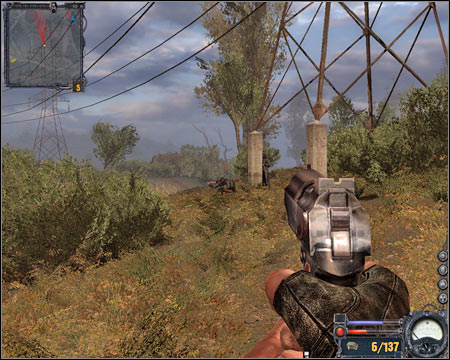 13. Travel with guide to Cordon

Starting point: 10 on the map

Important! You can't use any exits at the moment, because you'll have to ask the guide for help to solve this quest. Thankfully, this won't be an issue once you've decided to return here later on during the course of the game.

It doesn't really matter where you are at the moment, because you'll have to go back to the southern farm. Once you're there, locate the guide and try talking to him (screen). Before you decide to leave the Swamps and head to Cordon, you might want to consider going back to Clear Sky's campsite in order to collect all the rewards. You can also give the plans to the mechanic while you're at it. Start the conversation again and ask the guide to lead you to Cordon. 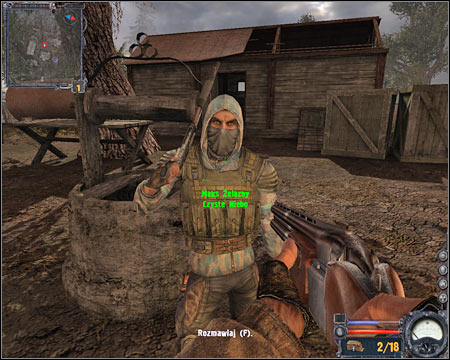