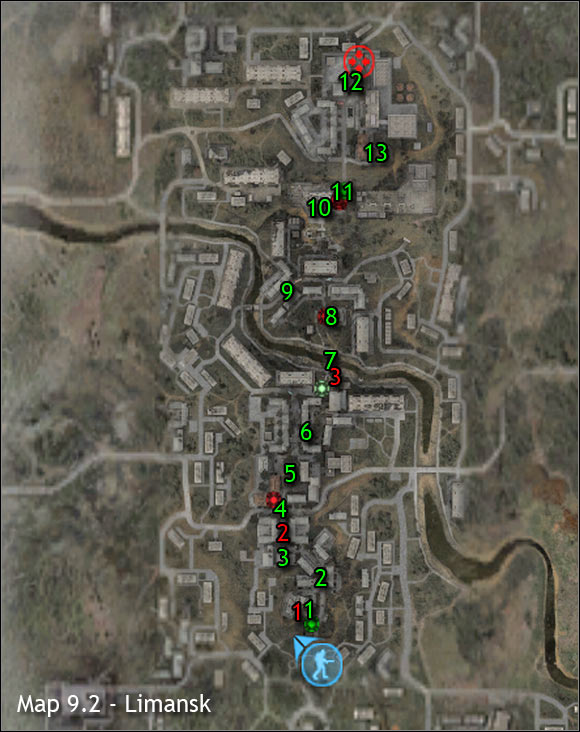 1) Toszka - He's the leader of the first group of Clear Sky soldiers. You can ignore him completely, however Toszka can repair your gear.

2) Danko the Tambourine - Danko is the second leader you'll have a chance to talk to. He will offer that you go with him to the central area of the city. I would recommend that you agree to his proposal, especially since you won't receive any penalties for not helping him or his teammates.

3) Wowka Rokfor - He's the third leader. You'll have to provide assistance in reaching a small farm which is occupied by Monolith forces. Once you've succeeded, you'll find him inside the main building.

1) Captured bandits - You will come across two bandits here. You can heal one of the bandits with a medical kit, so you'll find out more about the ambush. Alternatively you could shoot them or wait for your allies to do the same thing. 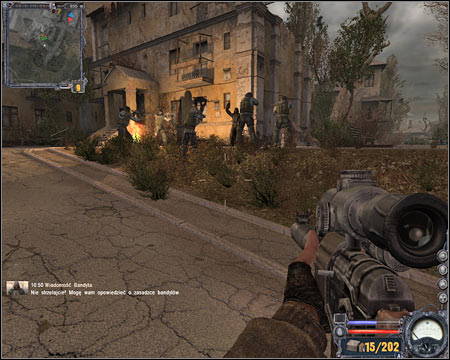 2) Ambush - Bandits are hiding in some of the nearby buildings. Thankfully, you won't have to kill them, because you can take a detour and avoid this area entirely. Don't worry about your allies from Clear Sky, because they'll survive here without your help. 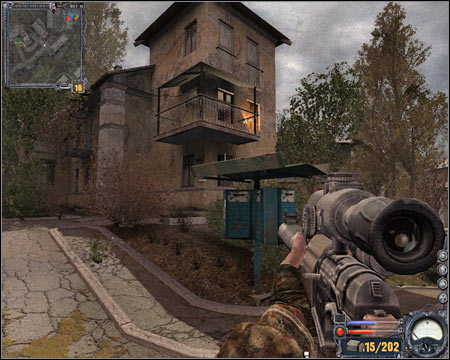 3) Bandits' hideout - You'll probably notice that bandits are fighting here with Monolith units. The most important thing is to take out the gunner. He is hiding on the first floor of the left building. You should secure the rest of the building as well, so you won't have to worry about encountering bandits in the near future. 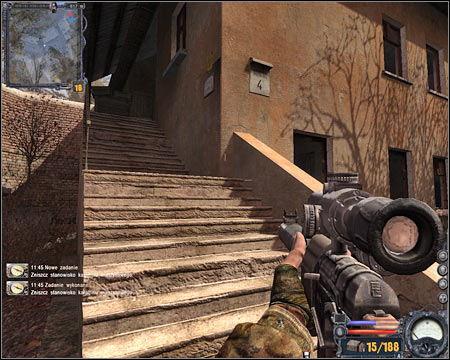