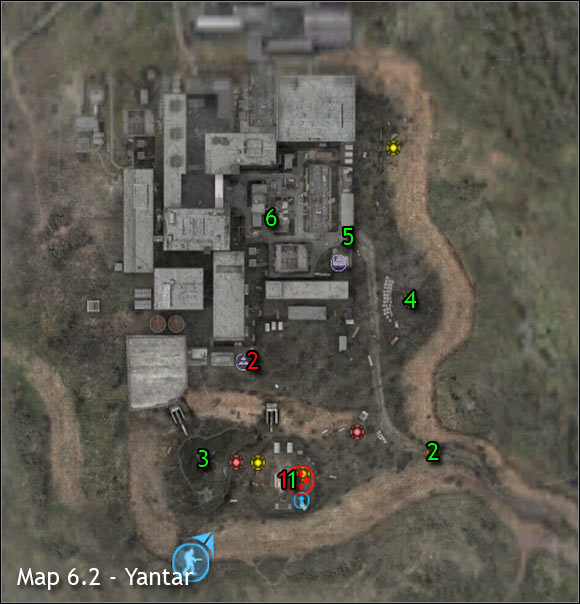 1) Professor Sacharow - Sacharow is by far the most important NPC in Yantar. Just like in "Shadow of Chernobyl", you can find him inside a small bunker. He can give you a number of main quests. I would also recommend that you take a look at what he has in stock. Sacharow is selling some very cool armors and you should purchase one if you have enough money.

2) Lazy - He's the leader of a small group of Stalkers. You'll have to talk to him and follow his orders to fulfill some of the main quests in Yantar.

1) Main camp - This is a very important area, because you'll have to visit Sacharow in order to receive new quests. Sadly, this camp is being constantly attacked by the zombies. Undead creatures will attack mostly from the west, however you can also find a few of them in the north-east. It's crucial that you assist your allies in getting rid of the zombies (subquests), because otherwise you won't be allowed to access the main bunker. 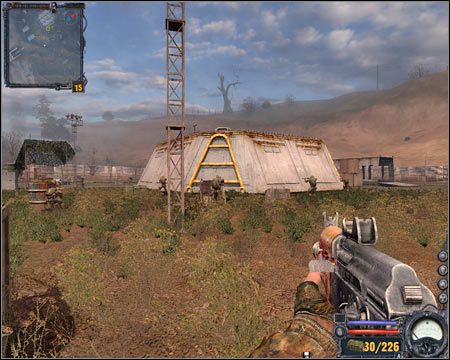 2) Eastern checkpoint - You will come across a small outpost here. Talk to the stalkers if you want to. You can also use a passageway which leads to Agroprom Institute. 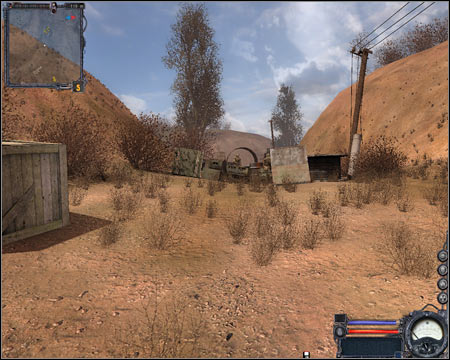 3) Swamps - Swamps were very dangerous in "Shadow of Chernobyl", but this has changed now. You won't have to worry about the radiation or being attacked by some powerful creatures. The only real danger are the zombies, but it's easy to avoid or kill them. 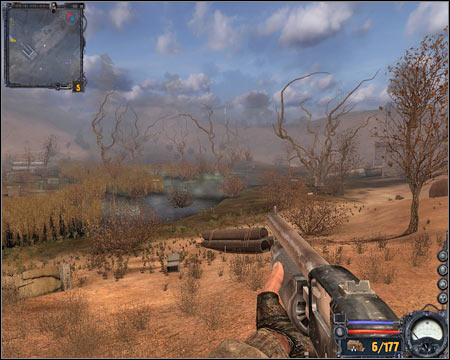 4) Checkpoint in the north-east - This outpost is also being guarded by the stalkers. You can find a well-known tunnel here, however you don't have to use it. 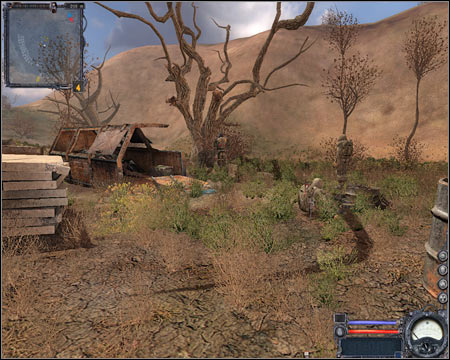 5) Main gate - You won't have to enter the factory through the main gate, because you're going to get there with a team of stalkers as a part of a main quest. 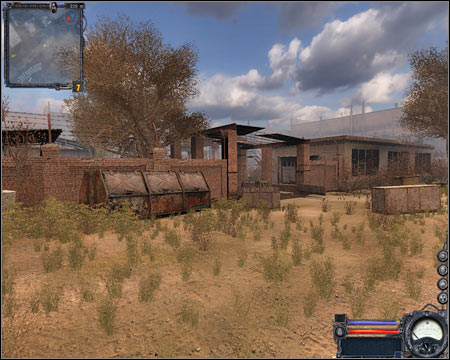 6) Factory - You will perform a few important tasks inside the factory. Sadly, this entire area is swarming with the undead and you'll have to kill most of them. Ignore psionic interference, because you won't receive any injuries as a result of what's happening here. 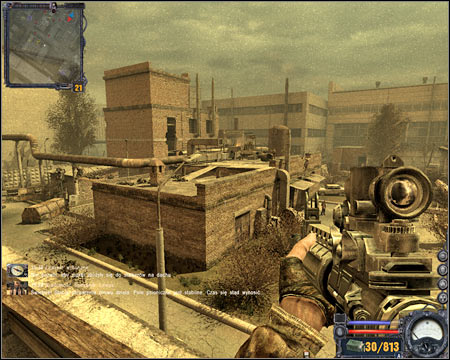